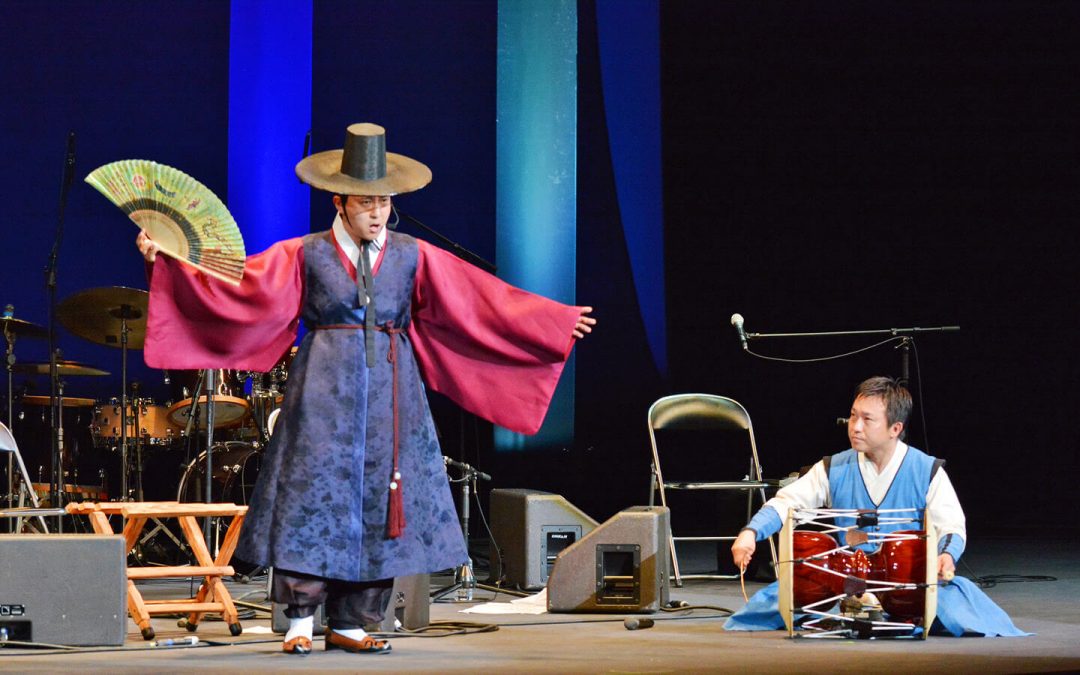 Min Young-Chi is one of Korea’s most vibrant young traditional musicians. As a master percussionist playing the janggu (Korean hourglass drum) and a skillful player of the daegum (Korean bamboo flute), he has performed in Korea and Japan as well as at venues worldwide. While mastering the notoriously difficult techniques of traditional Korean music, he has striven to transcend the borders of different genres and create new interpretations.

Accordingly, Min-On organized a series of cultural exchange concerts, entitled New Korean Music: A Creative Challenge of Traditional Korean Music—a collaboration between Korean traditional musicians and a Japan-based jazz trio, Trisonique, produced by Min Young-Chi. The aim of these concerts, which were held in Tokyo and Shizuoka Prefecture in April, was to further mutual understanding and friendship between Japan and Korea. The performances were made possible by the generous support of the Embassy of the Republic of Korea and the Korean Culture Center in Japan and were cosponsored by Shizuoka Asahi Television.

The opening performance was an up-tempo rhythmic janggu improvisation by Min Young-Chi. This was followed by an elegant performance of traditional Korean instruments such as the gayageum (12-string zither) and the haegeum (two-string vertical fiddle). Next, audiences were treated to a passionate performance of pansori—a traditional form of musical storytelling by a single vocalist and a drummer. After a contemporary jazz performance by Trisonique, led by pianist Hakuei Kim, all of the musicians performed a collaborative work onstage. These creative performances of “new Korean music” drew enthusiastic applause from the Japanese audiences.