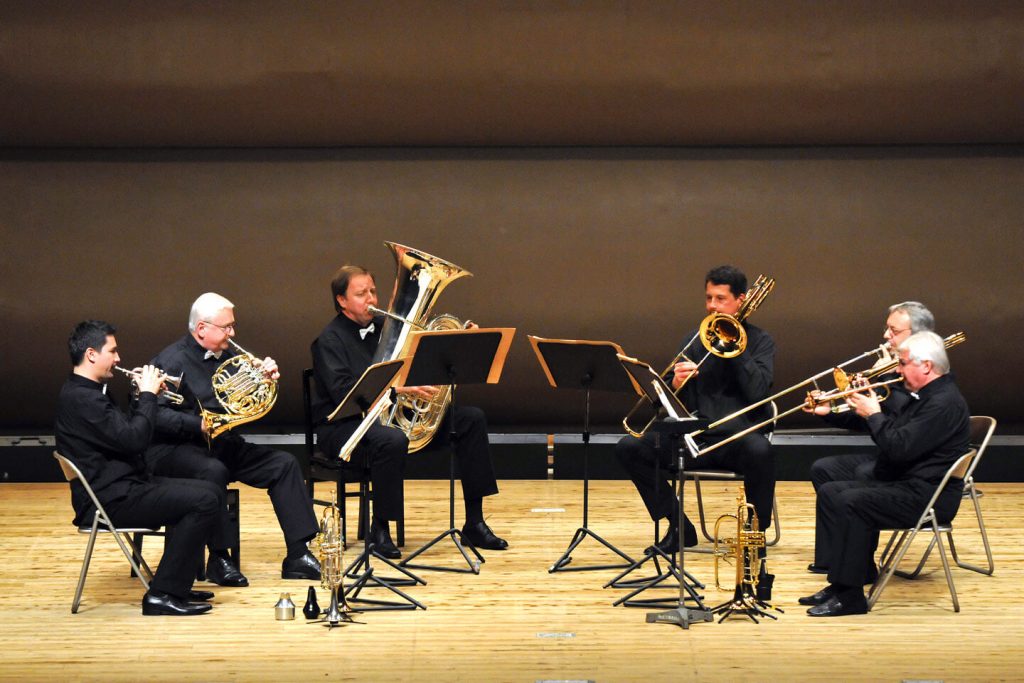 The Czech Phil Brass in concert

The Czech Philharmonic Brass has been at the pinnacle of the Czech cultural tradition of brass performance for several decades. This virtuoso brass ensemble was formed in 1973 at the initiative of Miroslav Kejmar, principle trumpet with the Czech Philharmonic Orchestra in Prague for over thirty years, and comprises Kejmar and five other master musicians of the orchestra’s brass section. As fans of classical music have long known, the Czech Philharmonic Orchestra has evolved, since its debut performance under the baton of Antonín Dvorák in 1896, into one of the world’s most prestigious orchestras, delighting global audiences with its unique sound characterized by the virtuosity of its brass section.

Japan is well known as a nation of brass enthusiasts, and the concerts attracted a capacity audience at each venue, responding to the performances with prolonged applause. Part one of the program comprised a variety of pieces in styles ranging from classical to tango, while part two covered jazz, as well as music from the Japanese animated film Howl’s Moving Castle and from popular ‘spaghetti’ westerns. As an encore, the group played the Japanese songs Furusato and Mother, their tenderly harmonized brass sounds touching the hearts of the audience.