Welcome to Min-On’s Music Journey! Today, the Min-On Concert Association and Embassy of the Federal Republic of Nigeria in Japan welcome you to Nigeria, located in West Africa.

Nigeria is a large country with vast land area and a population of more than 200 million people (the 7th highest in the world). Nigeria is also a center of economic activity with the highest recorded GDP in Africa for nearly 10 years running. It’s also called “the giant of Africa” for its size, and maintains a strong presence in West Africa.

Nigeria has 36 states and one territory, each with its own state capital and state government. Let’s travel through two of the most well-known of those cities today.

Nigeria’s capital moved to Abuja in 1991, making it a relatively new capital. The previous capital was Lagos in the south, but there was concern about having two areas of political importance concentrated in one side of the country.

As a result, Nigeria chose the centrally located Abuja as the new capital. Abuja was expertly designed by Japanese architect Kenzo Tange (1913–2005). The well-planned, efficient roadways and modern buildings make the city a very comfortable place to live. Lagos, a leader in culture and IT

The former capital of Lagos is the largest commercial city in Nigeria, making it the economic center of the country. The Lagos Yaba district in particular has excellent Internet connection thanks to the 27 km of optical fiber laid by the state government. As a result, Yabacon Valley has become the center of Nigeria’s IT industry.

Lagos is also at the center of the art and culture scene in Nigeria, often called the New York of Africa. From New Africa Shrine, the live music venue where many African music superstars perform, to the Nike Art Gallery displaying cutting-edge artwork, Lagos is a rich breeding ground for the arts.

You also can’t mention the culture of Lagos without talking about films. Nigeria produces a huge number of films, over 2,000 per year, mostly in Lagos. Like America’s Hollywood and India’s Bollywood, they’re popularly called “Nollywood films” in surrounding countries. Alongside a large population, Nigeria is estimated to be home to over 250 different ethnic groups. Three of the largest ethnic groups are the Hausa, the Igbo and the Yoruba. They each have their own unique culture and customs. The Hausa, who live in the arid northern region of Nigeria, are a desert people whose staple foods include couscous and grains like corn and millet. They are an ethnic group of mainly merchants and nomads who have been involved in the trade since ancient times, and the most populous in Nigeria and also live widely in neighboring countries such as Niger and Côte d’Ivoire.

The Igbo, who live in the tropical forests in the southeast, are known as one of the most enterprising, energetic and highly educated groups in Africa. Many Igbo individuals are farmers and merchants, and they are also active in hunting and fishing. They’re also famous for the masquerade balls they hold each year to celebrate the harvest.

The Yoruba, who live in the southwest, are a people with a long history as they laid the foundation for a number of Nigerian cities. The Nigerian artist Laolu Senbanjo quickly became famous on Instagram for his designs involving Yoruba mythology. Since then, his work has been featured by a number of major global brands.

Nigeria has two World Heritage Sites. They are both deeply connected to the unique traditional way of life and customs of the local people.

The Sukur Cultural Landscape in eastern Nigeria near the border with Cameroon is a small settlement created by the Sukur, a minor ethnic group who built their livelihood on iron manufacturing. UNESCO registered the site in 1999 for the valuable historical information on the Early Iron Age during the 17th to early 20th centuries that is preserved in what remains of the ironworks.

The other World Heritage Site, the Osun-Osogbo Sacred Grove, lies in the state of Osun in southwest Nigeria. This is primeval forest holds religious significance for the Yoruba people. UNESCO registered the site as a World Heritage Site in 2005 in recognition of its cultural value, including the buildings integrated into the rich ecosystem of the forest.

Nigeria has a wide variety of musical instruments unique to its indigenous people groups. Please see below for some of the Nigerian instruments that are stored at the Min-on Music Museum, along with photos. (1) Aurun: Wooden slit drum. This instrument can be played either horizontally or vertically with a stick.
(2) Ekomo: A drum with a wooden body with rawhide stretched over one end. The hide is tightened with pins before playing.
(3) Rattle: Played by shaking to rattle the nuts or similar placed in the six holes in the board.
(4) Kerikeri: Instrument used in drum orchestras of the Yoruba people.
(5) Goje: A one-stringed string instrument played by the Hausa people.
(6) Horn: Made from the horn of a water buffalo.
(7) Dundun: A type of talking drum. By adjusting the tension of the ropes, the drummer can play at a higher pitch.

Min-On also invited The National Troupe of Nigeria to perform throughout Japan in 1992. This dance troupe was established in 1989. They contribute to the preservation and sharing of Nigeria’s rich music culture through their performances in Nigeria and abroad. Please enjoy these three performances from their concert:

This dance is very popular among the Tiv people who reside in the Benue state.

This piece features an acrobatic dance accompanied by four or five different flutes and traditional gongs all native to the state of Imo.

This is an original dance created by the dance troupe that expresses the free and unrestrained spirit of Africa.

The climate in inland northern Nigeria and coastal southern Nigeria is quite different, and the local cuisine differs accordingly as well. For example, in the north where the nomadic Hausa live, a local specialty is “suya,” skewered meat covered with plenty of spices and grilled over an open flame.

Rice is popular in both the north and south, and “jollof rice,” (rice cooked with tomatoes, onions, pepper and many other spices) is one of the most popular dishes across all of Nigeria.

Another dish popular throughout the whole country is a vegetable soup called “afang soup.” The dish is named for its use of sliced afang leaves. It’s a nutritious dish that also uses meat and seafood. The soup is topped with “tuwo shinkafa,” rich, soft and sticky rice dumplings. 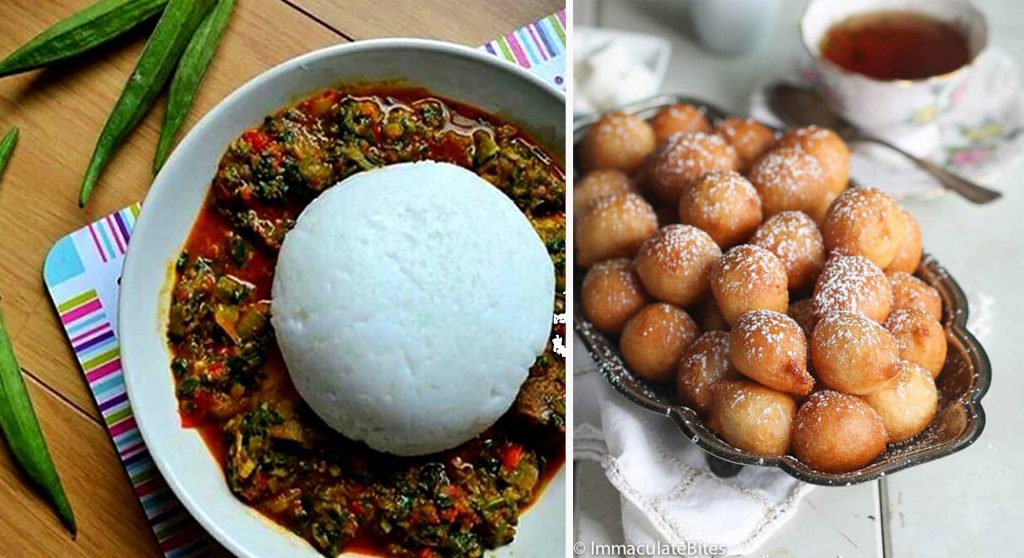 Nigerians often eat freshwater and saltwater fish. Farmed catfish in particular are eaten almost everywhere in Nigeria. They’re such a familiar food that they even appear on Nigerian printed money.

The Argungu Fishing Festival, a fishing tournament held each year by the town of Argungu in the north, is one of the most popular tourist events in Nigeria.

We would like to introduce musicians recommended by the Embassy of the Federal Republic of Nigeria in Japan.

First, please enjoy a song by Ali Jita, a Hausa musician. His songs were featured in a Hausa-language film called Kannywood.

Next, please see the song below by Mamman Shata, who has served as a griot (storyteller of Hausa history) for over half a century.

Finally, we’d like to feature Yemi Alade, a female singer who sings in seven languages, including English, Igbo and French. She has been honored with the nickname “Mama Africa” for this diversity, and she has won many awards in both Africa and Europe.

Please check out her song “Johnny” below, which has over 145 million views on Youtube.

To conclude our journey, please enjoy a song by WizKid, one of the world-renowned musicians from Lagos in Nigeria, recommended by the Music Journey editorial team.

What did you think of your music journey to Nigeria? There are still many more places to go! Please look forward to our next destination. 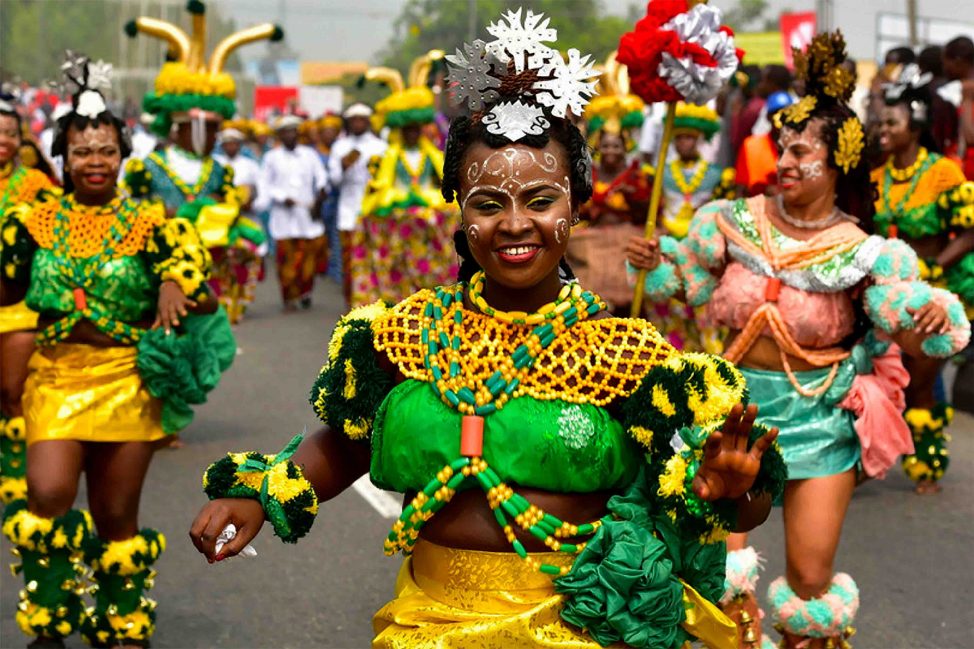 (Produced in collaboration with the Embassy of the Federal Republic of Nigeria in Japan, who also provided photos.)