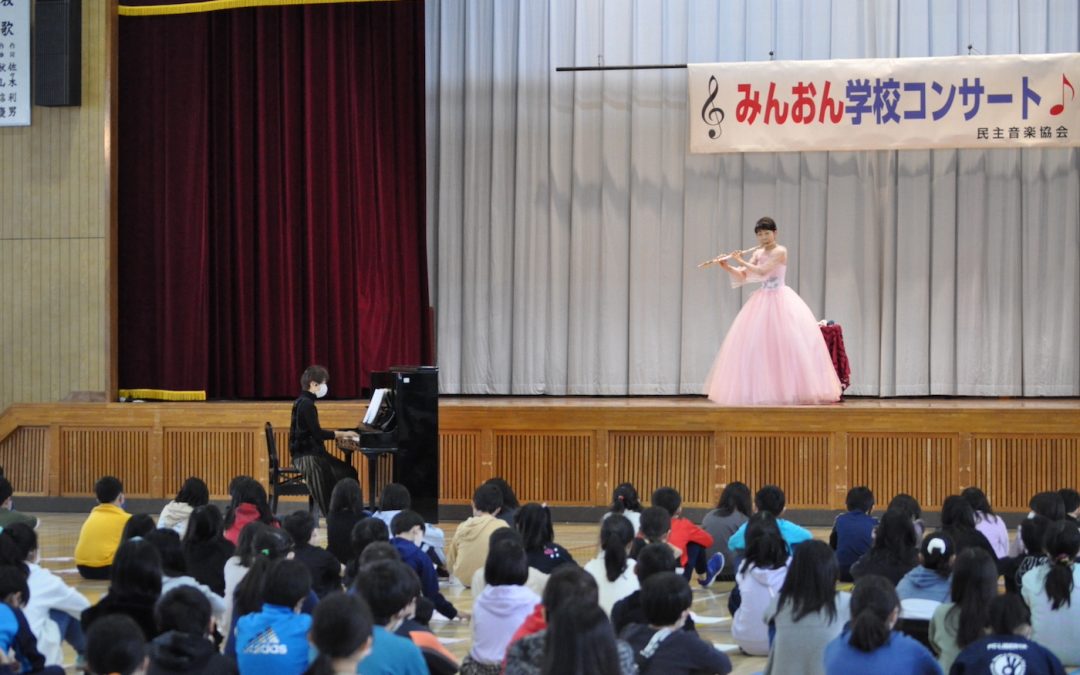 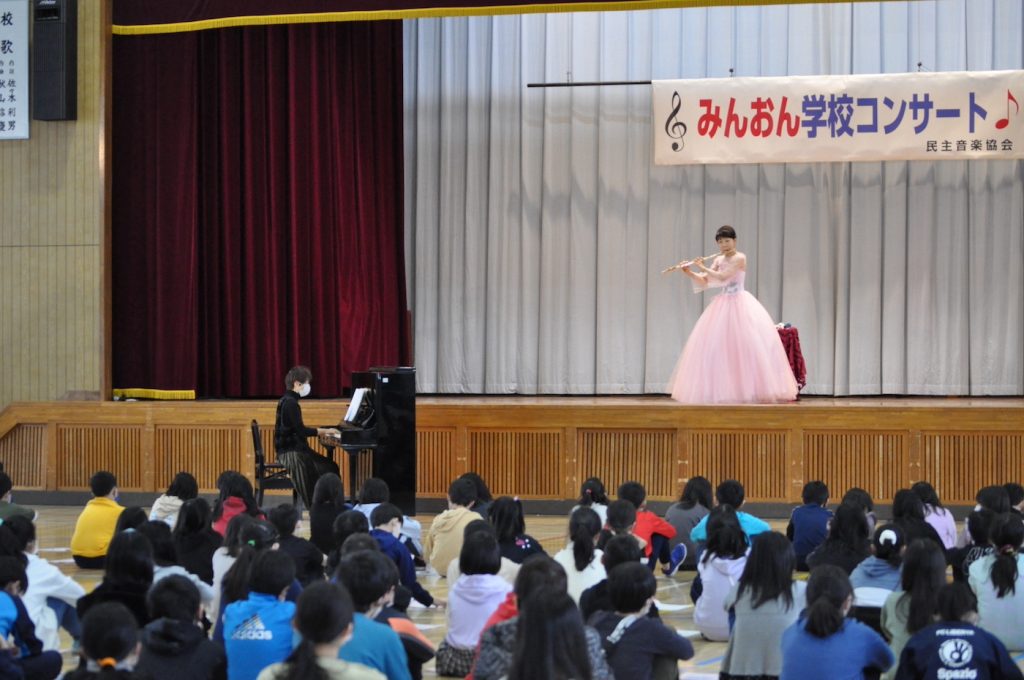 On January 20 and 21, internationally renowned flutist Yoko Owada joined pianist Naomi Tsukamoto to perform at three schools in Hokkaido prefecture as part of the Min-On Concert Association’s School Concert series. Students from Sumikawa Nishi Elementary School in Sapporo City and Koyo Middle School in Kitahiroshima City took part in the concerts held on January 20, while another concert was held at Sapporo Elementary School in Sapporo on the 21st.

The Hokkaido series of concerts was originally slated to be held in August or September 2021 but was cancelled due to the Covid surge at the time.

In addition to performing a number of set scores, the Owada-Tsukamoto duet also fielded requests, delighting the young audience.

As part of its ongoing outreach initiative, Min-On has provided a variety of non-profit public service programs with the aim of promoting music appreciation in Japan as well as around the world. The Min-On School Concert series, which is held without charge through the financial support of Min-On members, was established in 1973. The first performance took place in Shibetsu City, Hokkaido, and some 1.3 million students at over 4,600 schools across Japan have taken part to date.