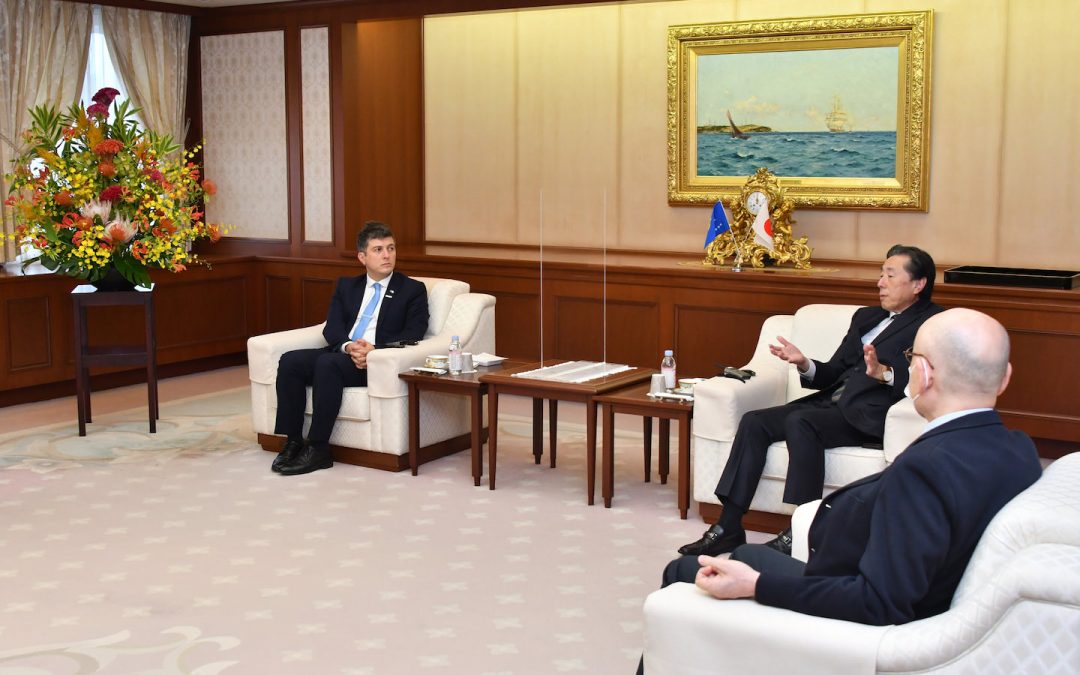 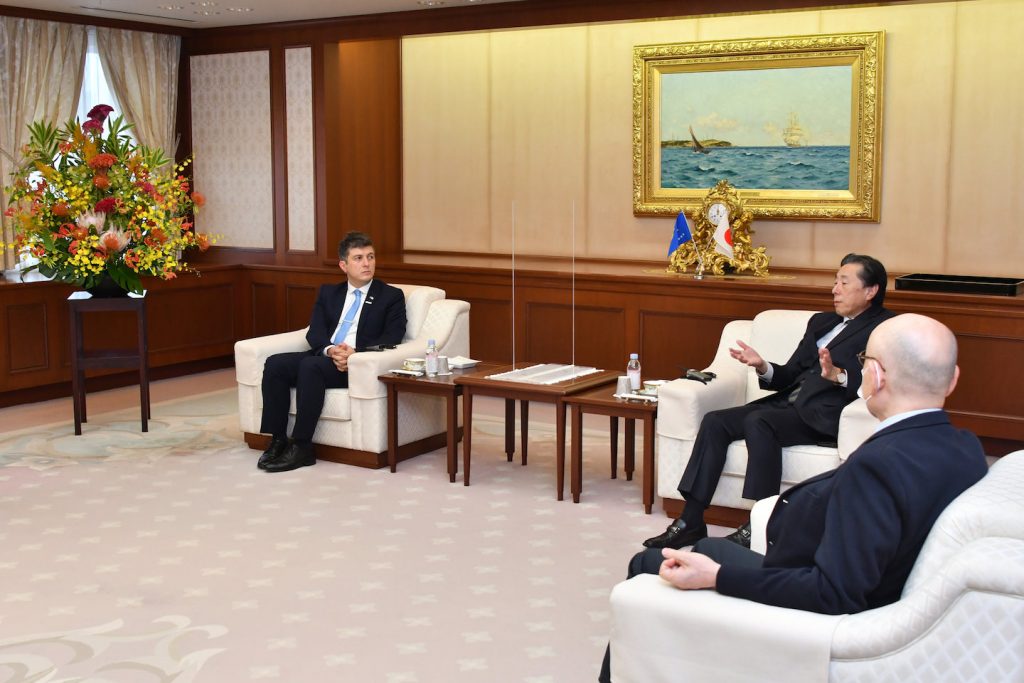 During their discussion, Ambassador Xhemaili congratulated Min-On on the recent 57th anniversary of its founding (October 18). He also expressed hope that the Min-On Music Journey to Kosovo would be published on Kosovo’s Independence Day, February 17, of the upcoming year to convey the vibrant nature of modern Kosovo.

Ambassador Xhemaili and President Ito also traded ideas on the cultural exchange between Japan and the Republic of Kosovo. After their discussion, Ambassador Xhemaili enjoyed a performance played on one of the Min-On Music Museum’s classical pianos.