Min-On Music Journey No. 17: The Republic of Slovenia

Welcome to Min-On’s Music Journey. Today, the Min-On Concert Association and the Embassy of Slovenia in Japan guide you to Slovenia, the only country with « love » in its name. Slovenia is located in central Europe and shares a border with Italy, Croatia, Austria and Hungary. It is a country blessed with stunning landscapes, including the mountains of the Alps, beautiful lakes and a view of the Adriatic Sea to the southwest.

The capital of Slovenia, Ljubljana

The capital of Ljubljana, where nature and art exist in harmony

Slovenia’s capital of Ljubljana features many Renaissance and Baroque era historic structures, beckoning the visitor into a truly medieval world. Ljubljana Castle is harmoniously interwoven into nature, standing on a lush, tree-lined hill with the Ljubljanica River flowing below. The motif of a legendary beast known as the Ljubljana dragon, a symbol of the city that represents power, courage and grandeur, can be seen throughout the city in statues and reliefs. 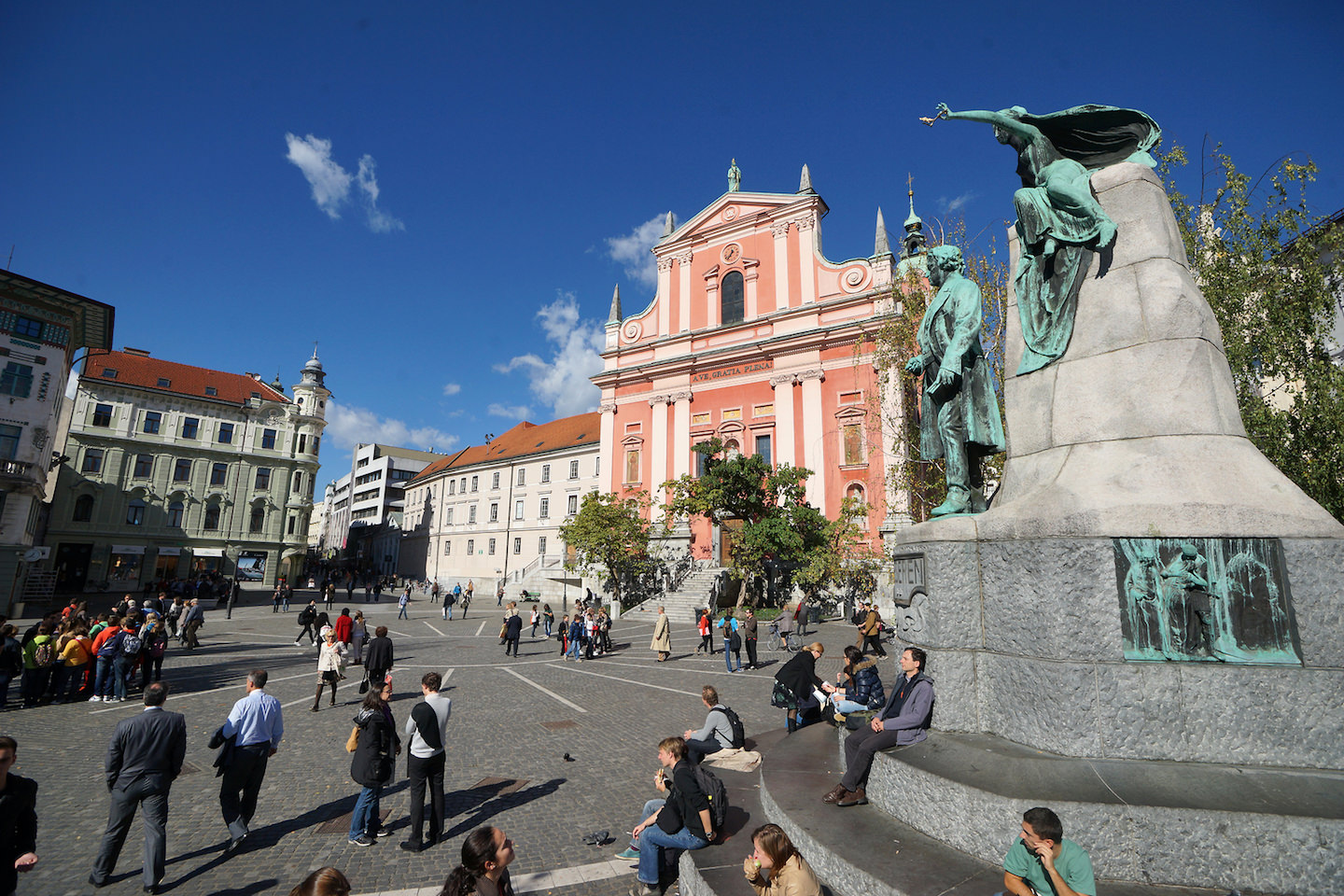 Prešeren Square and the Prešeren Monument

France Prešeren (1800–1849) is considered Slovenia’s greatest classic poet, and one of his works was adopted as Slovenia’s national anthem. Prešeren Square, named in his honor, is a popular meeting place in the city center popular with locals.

Piran, port on the Adriatic Sea, and Lipica, city of white horses The small port city of Piran lies on a peninsula between the Gulf of Trieste and Gulf of Piran in the Adriatic Sea. With a population of just 4,000 people, the city’s cultural legacy and architecture date back to the Republic of Venice, and the blue sea’s beautiful contrast entices many tourists to visit. Piran is also known as the hometown of famous violinist and Baroque era composer Giuseppe Tartini (1692–1770). A statue of him was erected to celebrate his 200th birthday in Tartini Square, also named in his honor. On their days off, local fishermen from Piran offer tours of the breathtaking azure waters here.

Tartini Square (left) and the statue of Giuseppe Tartini (right)

Lipica, located 40 kilometers from Piran, is home to the world’s oldest stud farm for white horses, founded in 1580 by the Habsburg family. These horses are called Lipizzaners and are characterized by their pristine white fur. Their fur is black, gray or brown when born, but it is gradually supplanted by white fur over about seven years. Breeding takes place in collaboration with another stud farm on the outskirts of Graz, Austria.

A Lipizzaner stud farm in Pilica

Tourists come from across the globe to visit Lake Bled in the Alps. Its mirror-like surface reflects the surrounding mountains and buildings, and it is considered a « jewel of the Alps » that charms visitors with its enchanting scenery. The island in the lake is home to a Baroque era church accessible by rowboat. Many couples have been married here, following the church’s amusing tradition: the groom must successfully carry his bride up all 99 church steps before the wedding can begin.

Romantic Lake Bled in the Alps 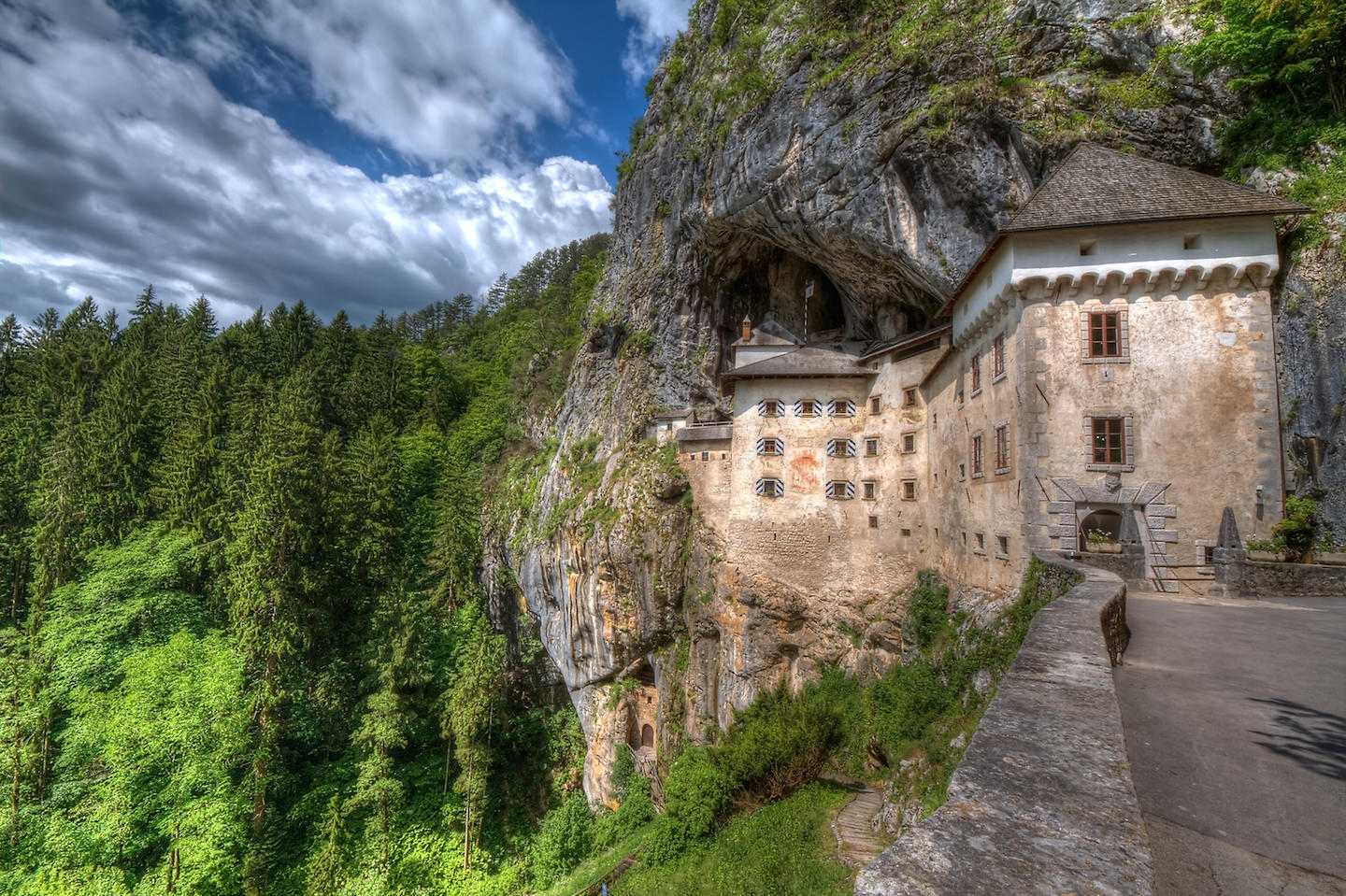 Predjama Castle, built into the mouth of a cave in south-central Slovenia

Over 1,000 square kilometers of Slovenia—half its area—contain karst formations, and over 10,000 limestone caves have been discovered across the country. Renowned as the most beautiful among them, Postojna Cave is also called the Queen of Caves. The 24-kilometer-long cave is one of Europe’s largest, and visitors can ride a trolley through its interior.

Slovenian cuisine and wine, which has a 2,400-year history

Every year, 40 days before Easter in Slovenia’s oldest city of Ptuj, scores of people gather for the nation’s largest festival, Kurentovanje. This event celebrates the coming of spring and chasing away of winter. People parade around the city wearing masks and dressed in sheepskin, with cowbells at their waists and colorful strips of paper on their heads, to resemble the spirit Kurent.

Slovenia, a country of choral music

Many Slovenians love to sing chorus, and large-scale choral events involving thousands of people are held annually throughout the country. In 2008, Min-On invited the Slovenian women’s choir Carmina Slovenica to grace Japan with their beautiful voices.

This Slovenian women’s choir is one of the world’s foremost, and they perform traditional Slovenian ballads and others in Slovenia and abroad.

Nika Solce, a musician recommended by the Embassy of Slovenia

Lastly, we would like to introduce the musician Nika Solce, recommended by the Cultural Officer of the Embassy of Slovenia in Japan. 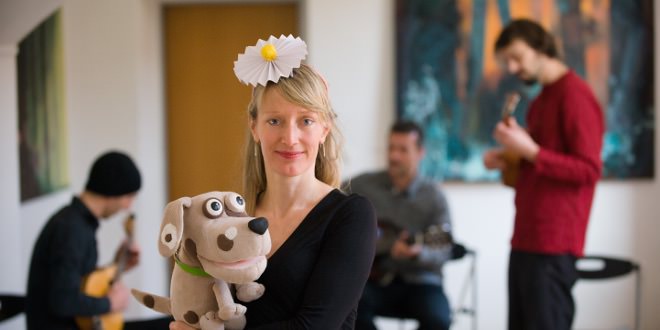 Nika Solce is a Slovenian singer and songwriter. She performs with global musicians, combining the musical culture of the Balkan region with that of many other countries. She was also raised by a family of puppeteers and began holding puppet shows at the age of six, and she still gives puppet shows at international festivals with her parents.

This song is an arrangement of a poem by Alma M. Karlin, a Slovenian writer whose 70th anniversary since passing away is being honored this year in 2020. Ms. Karlin traveled the world in the 1920s and even stayed in Japan for one year. She has published many articles in newspapers and magazines about the daily lives, culture, and art of the people in the countries she visited.

This song features a poem written by Srečko Kosovel, Slovenia’s most expressive and influential poet, which has been set to music by composer Nika Solce. 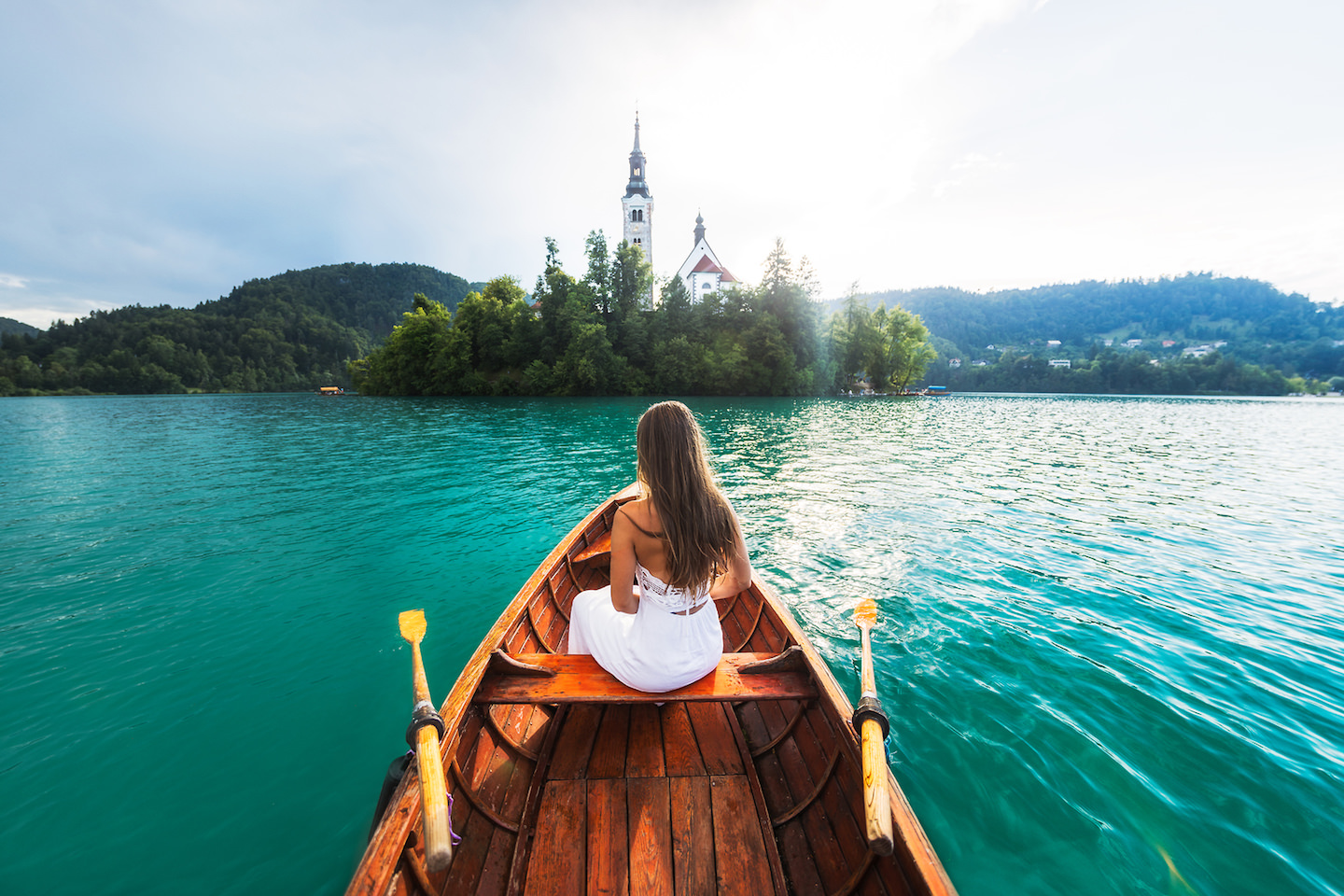 (Produced in collaboration with the Embassy of Slovenia in Japan and the Slovenian Tourist Board. Photos provided by the same.)