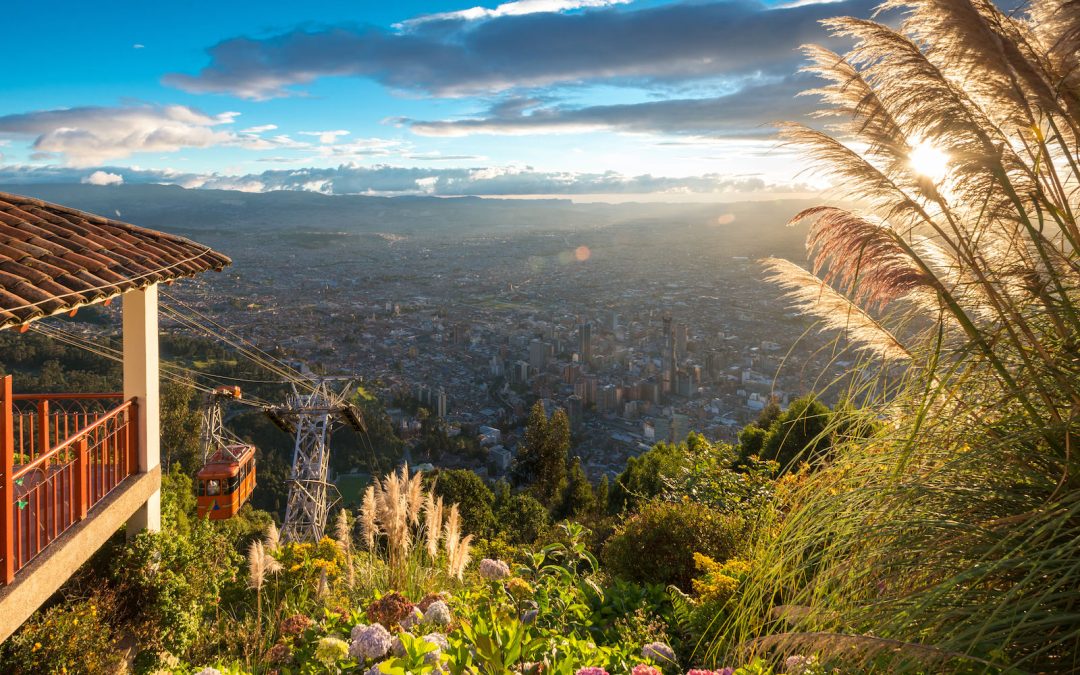 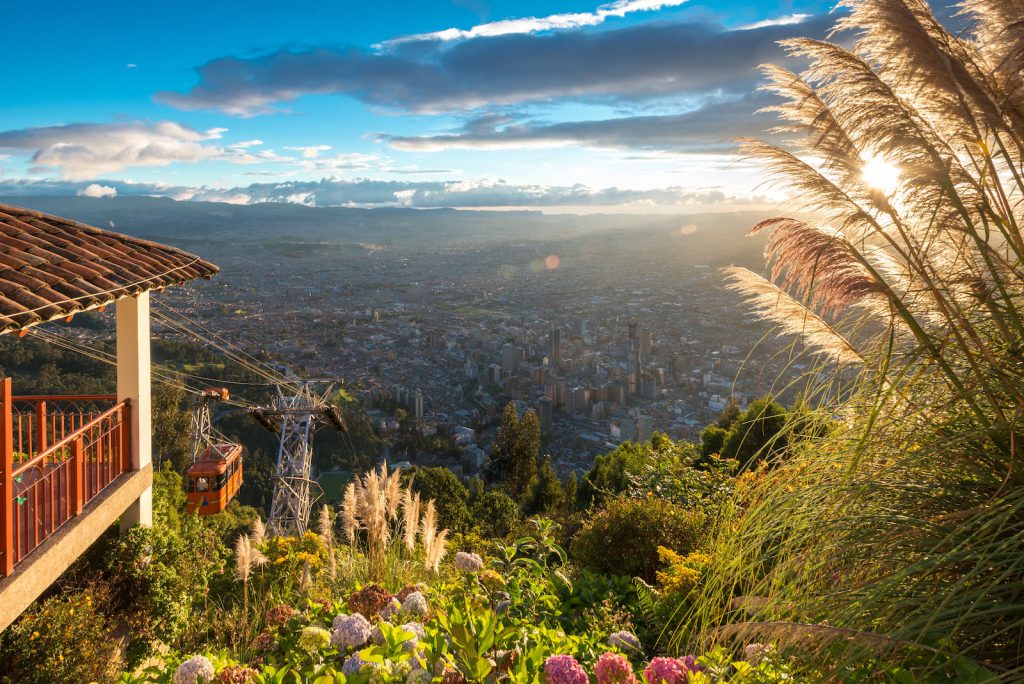 The coexistence of indigenous, European and African peoples in Colombia has fostered a rich and unique culture present in people’s daily lives today. Music and rhythm are a particularly important part of daily life—the Colombian people have created over 1,000 unique rhythms and over 150 musical genres!

We hope you’ll enjoy listening to songs from the List of 100 Colombian Songs that the Embassy of the Republic of Colombia has shared with Min-On as we continue our music journey.

This list of 100 Colombian songs was launched by the Ministry of Culture in 2020 as part of the campaign #ColombiaCreaTalento (Colombia creates talent) which seeks to promote the talent of local artists and Colombian music. The list was created through recommendations by specialized journalists and music experts including Luisa Piñeros, Felipe Grajales, Juan José Peña and Diego Maldonado.

The list of 100 Colombian Songs is divided into four sub-lists.

To begin, please select one of the four Spotify playlists:

Colombia is located in northern South America. The country features a rich and beautiful variety of terrain, nature and climates, including the Andes Mountains, with high elevation and cool temperatures year-round, the tropical climate of the Caribbean and Pacific coasts, and the Amazon Basin and the plains in the eastern Orinoco River Basin.

Bogotá and Medellín, major cities of the Andean Region

The capital of Colombia, Bogotá, lies at an elevation of 2,640 meters in an Andes Mountain valley and is one of South America’s biggest cities, with a population of over seven million people. The historic center has many tourist destinations that give visitors a glimpse into the city’s long history and culture, including the flagstone-paved Plaza de Bolívar, the Gold Museum and the Museo Botero. The bustling new section of the city is lined with skyscrapers, shops of popular international brands, restaurants and recreational facilities. Visitors can savor local traditional dishes like ajiaco and aromática (fruit tea) in the capital. 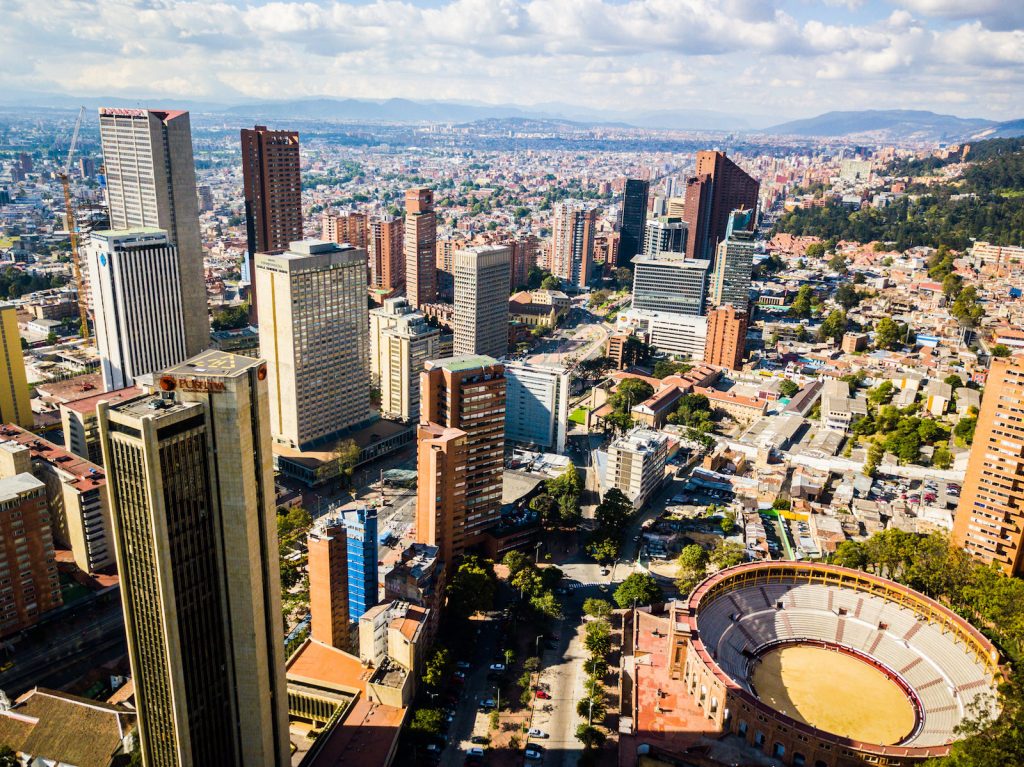 Colombia’s second largest city, Medellín, is known as « the city of eternal spring » for its year-round pleasant weather. Every August, Medellín hosts the « Flower Festival, » one of Colombia’s largest. It’s a spectacular annual event, including parades of people carrying flowers and concerts featuring famous musicians from Colombia and abroad.

Cartagena and Santa Marta, resort cities on the Caribbean coast

Cartagena is Colombia’s top resort destination on the shore of the Caribbean Sea, drawing visitors from all over the world, including Japan. In the Old Town of Cartagena, visitors can see fortresses and other structures from the Spanish colonial period. UNESCO registered the « Port, Fortresses and Group of Monuments, Cartagena » as a World Heritage Site in 1984. Another great city to visit is coastal Santa Marta, which features breathtaking scenery, including lush greenery, blue seas and golden sun, highlighted by striking contrast between beaches and the white-capped Sierra Nevada de Santa Marta mountain range. Local cuisine here is prepared with emphasis on the bounty of the Caribbean Sea. The historic city center features Quinta de San Pedro Alejandrino, famous as the final home of Simón Bolívar, leader of the Latin American independence movement. The building has been renovated into a museum honoring him as a national hero. 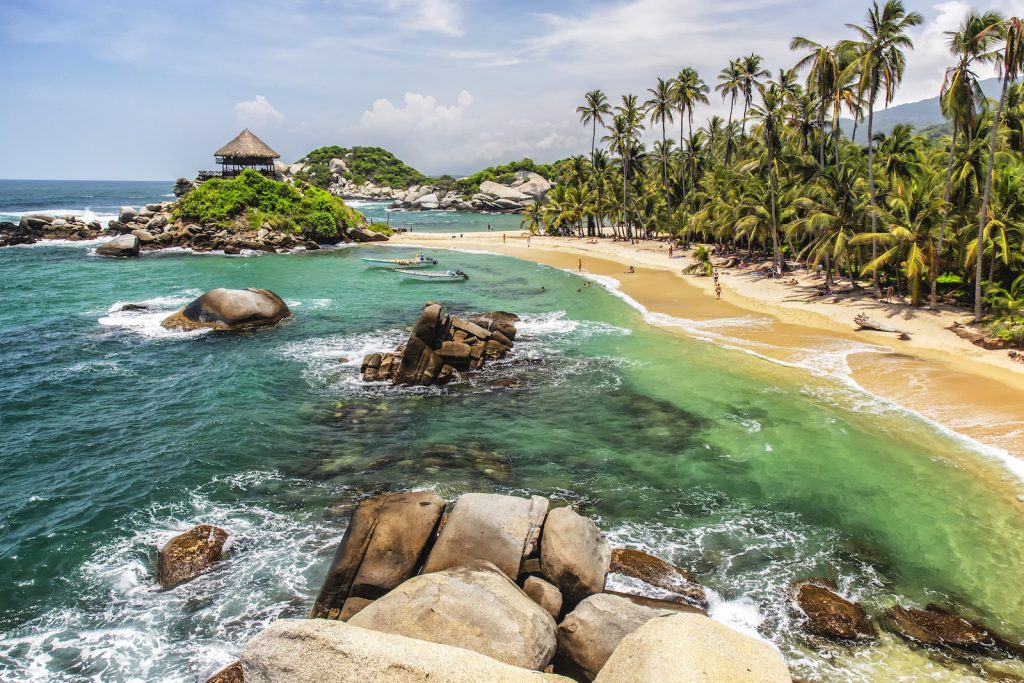 In the Insular region of Colombia, visitors can find San Andres Island, surrounded by the beautiful Caribbean Sea and coral reefs, often collectively referred to as the « Seven-colored Sea ». Here you can find “Seaflower” designated as a UNESCO Biosphere Reserve in 2000. The Island has won the World Travel Awards, an internationally prestigious travel award, in 2014, 2015 and 2019, as the best destination to enjoy coral reefs and beaches. 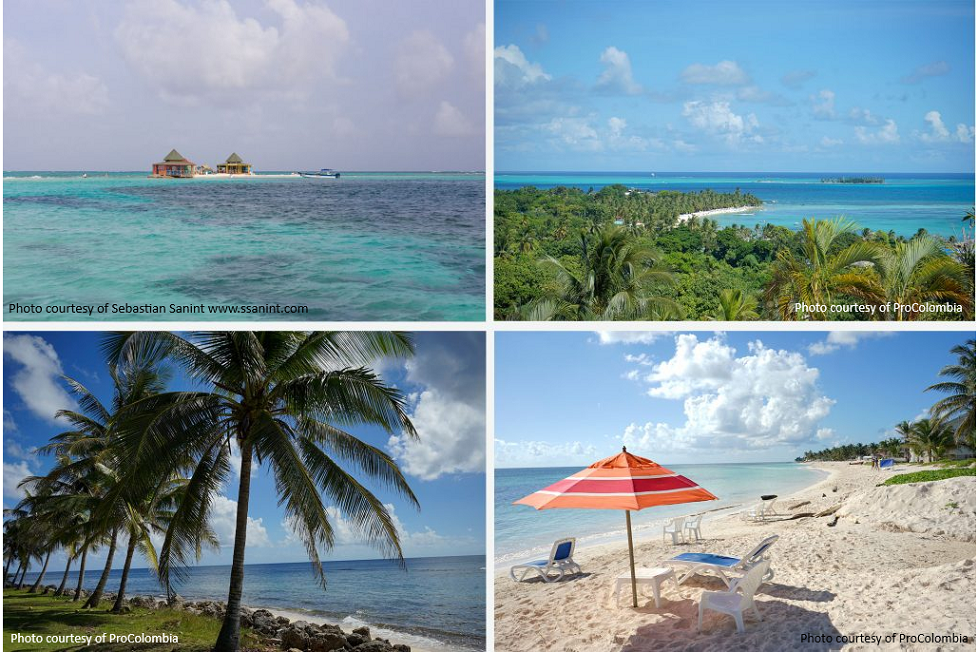 The beautiful scenery of San Andres

Magnificent natural environment and rhythms of the Pacific Coast

The beaches of the Colombian Pacific are recognized worldwide, and they have almost completely intact marine ecosystems. One of the main attractions here is whale watching from August to October, when hundreds of the gigantic ocean mammals visit the shores of the Chocó region.

The rhythm and charm of the Colombian Pacific is represented throughout its culture. Thanks to the Afro heritage that the people here have inherited, this region is characterized as one of the happiest in Colombia. Festivals are very popular here, including San Pacho and the Petronio Álvarez festival, the Cali Fair and the World Salsa Festival.

Gorgeous scenery of the eastern plains

The eastern plains region presents beautiful sunsets and many different native animal species. Visitors can view Caño Cristales, the so-called rainbow river or “river of five colors” that winds through the jungle. The Serrania Chiribiquete table-top mountains, with steep vertical walls soaring high in the middle of the jungle, are home to over fifty picturesque sites with no less than 70,000 drawings of great archaeological value created over 20,000 years ago.

The rich natural environment of the Amazon Basin, the largest in the world

The breathtakingly rich natural environment of this area contains 185 protected areas with well-preserved history and traditions. The warm-climate region is thick with flora, and it provides a habitat for 212 species of mammals, 195 species of reptiles and many birds. If you’re lucky, you may see the rare pink dolphins of the Amazon River. Many tribes of indigenous peoples live here, and visitors can enjoy cuisine from each region, including mojojoy (a dish made from insects) and farinha (yuca flour). 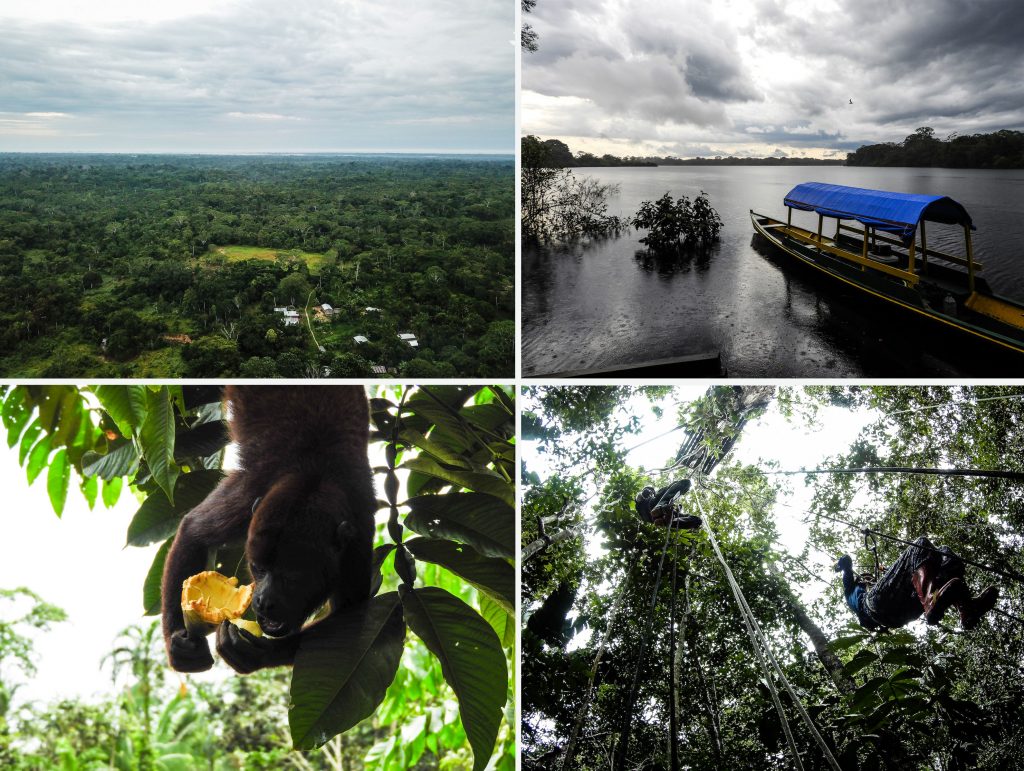 Colombia’s music in Japan with Min-On

Since hosting the Ballet Folklórico Nacional de Colombia in 1988, Min-On has hosted performances by artists from Colombia including Leonor Gonzalez Mina (1990) and the Barranquilla Folklore Dance Troupe (1999). 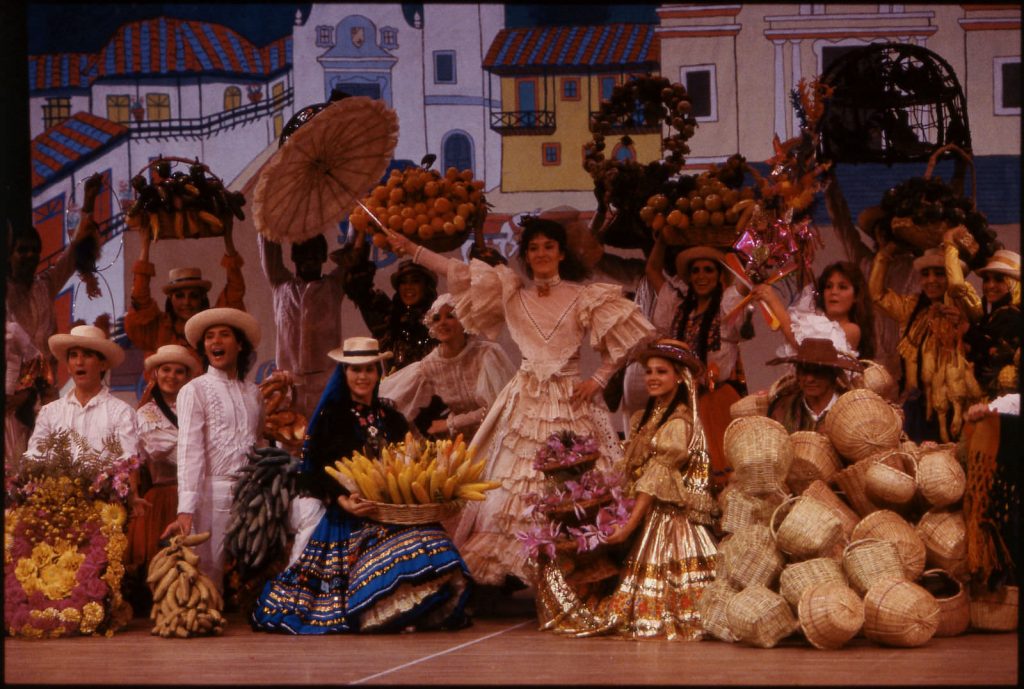 As the last stop on our journey in Colombia, please enjoy these two songs from the 2018 concert of La Jagua at Min-On.

La Jagua won the competition at the 2015 Petronio Alvarez Music Festival, the largest music festival in southern Colombia. They are currently building a name for themselves in Colombia and abroad.

Cali Pachanguero is famous for its spirited salsa rhythms, and is known as the salsa capital of the world. This piece is emblematic of Colombian salsa!

This is La Jagua’s signature song—a romantic number meant to be dedicated to someone you love.

What did you think of your music journey to Colombia? We hope you enjoy listening to many different genres on the List of 100 Colombian Songs! 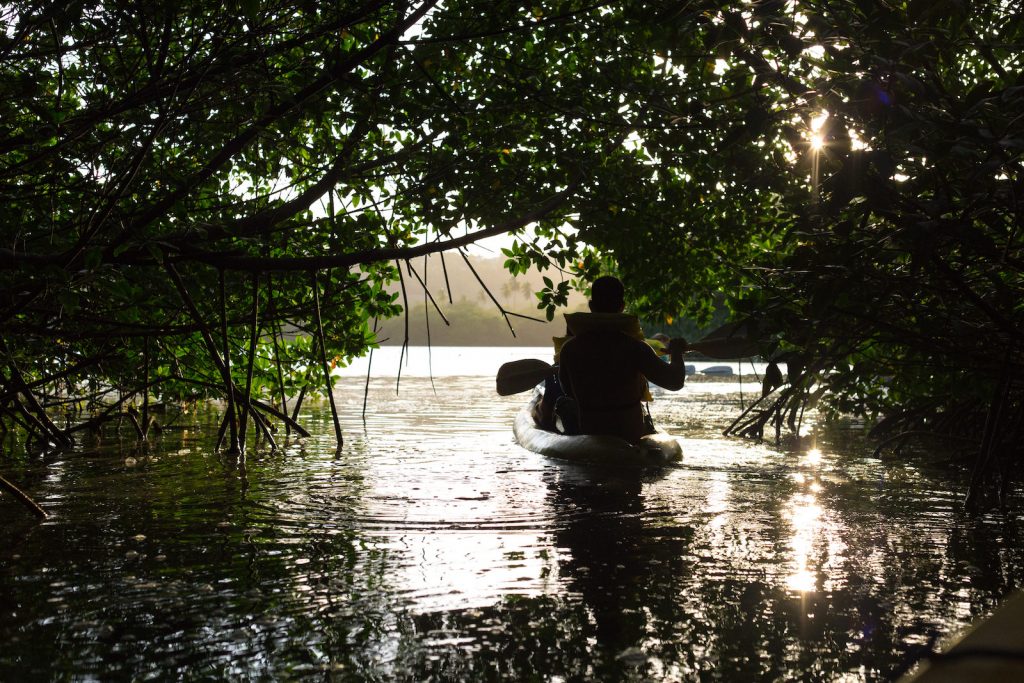