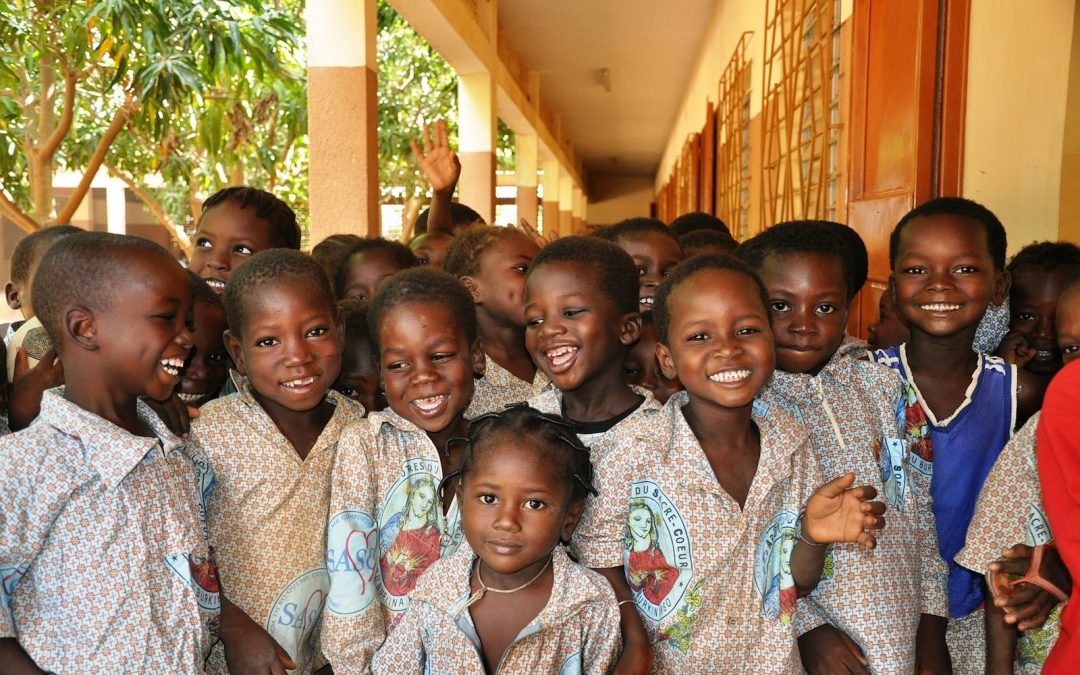 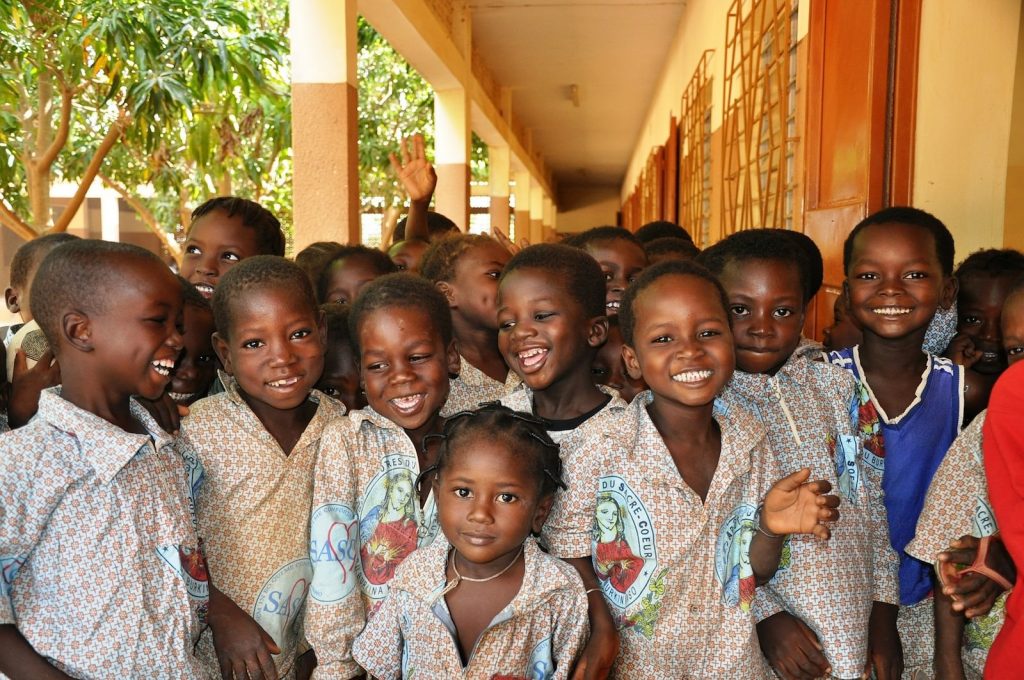 Welcome to Min-On’s Music Journey! Today, the Min-On Concert Association and the Embassy of Burkina Faso in Japan welcome you to Burkina Faso, located in the southern Sahara Desert of West Africa. This landlocked country is bordered by six other countries (Mali, Cote d’Ivoire, Ghana, Togo, Benin, and Niger).

Burkina Faso was originally a French colony on the upper Volta River called Haute-Volta (« Upper Volta »). In 1984, then-president Thomas Sankara changed the name to Burkina Faso. This name comes from two of the local languages and means « land of virtuous people » (burkina means « people of integrity » and faso means « homeland »). President Sankara initiated many reforms in the country, including educational and social security reforms and desert greening projects.

Burkina Faso is home to over 60 ethnic groups like the Mossi, Dyula and Fulani peoples that have unique customs and languages. The practice of religion also reflects the tremendous diversity of Burkinabè society—over half of the population believes in their local folk religion, and Islam and Christianity have also taken root.

The homes of these ethnic groups also reveal unique characteristics, such as thatch roofs and clay walls in one region, and straw homes more suitable for a nomadic life in another. 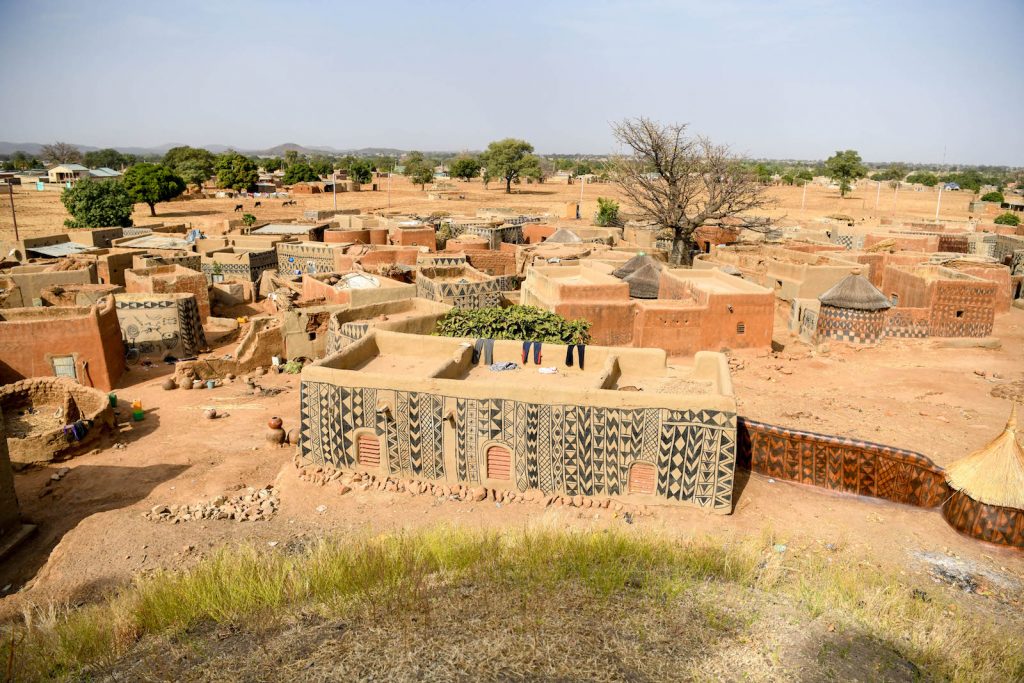 Because Burkina Faso has scarce natural resources, nearly 80% of its 18 million people work in livestock or agriculture producing crops like cotton, rice, corn and sesame seeds. The country’s location makes it vulnerable to the effects of climate change, and Burkina Faso often seeks international aid to develop new agricultural land.

Burkina Faso has about 8,000 villages. Marchés (French for « markets ») in each village provide for daily life by selling fresh local fruits and vegetables alongside other necessities. 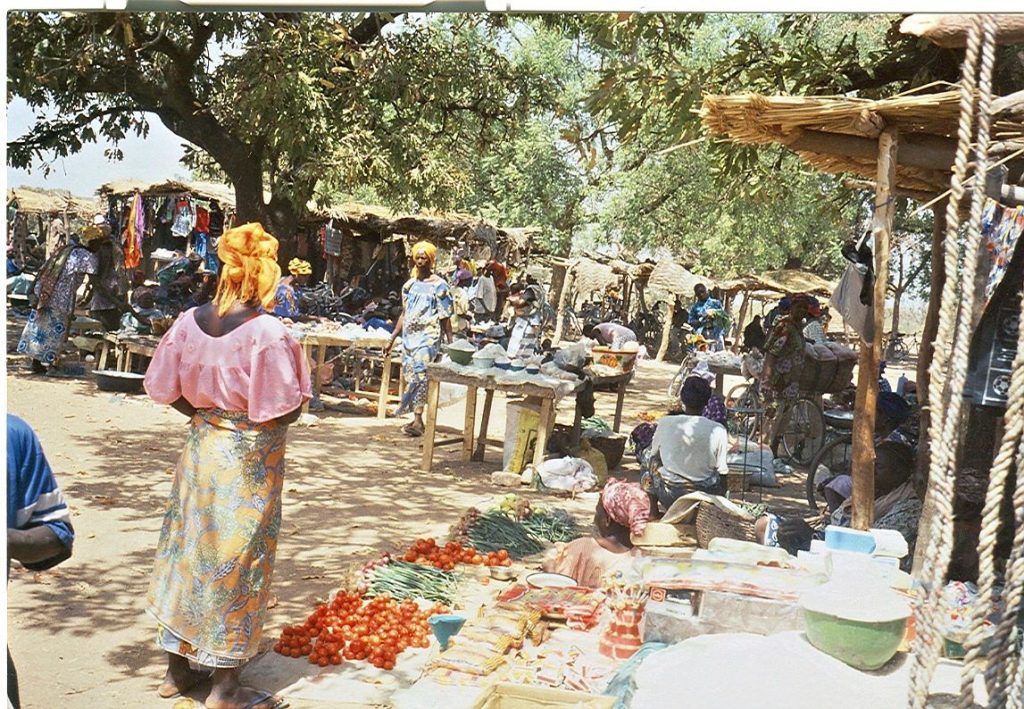 Tô is a beloved Burkinabè dish made from kneaded millet or cornmeal covered in a sauce of tomatoes and nuts. Other popular dishes include riz gras, (fish or chicken and vegetables cooked with rice) and degue (a dessert of yogurt mixed with the world’s smallest pasta, couscous). Shops throughout the capital of Ouagadougou sell grilled meat and fish skewers, a food that’s also popular in Japan.

Ouagadougou has prospered throughout the area’s tumultuous history since its founding in the 11th century as the capital of a former kingdom. Today, the city is one of Africa’s leading areas in terms of art and culture. It boasts modern hotels, boutiques, wine bars and entertainment options including theater, concerts and movies. 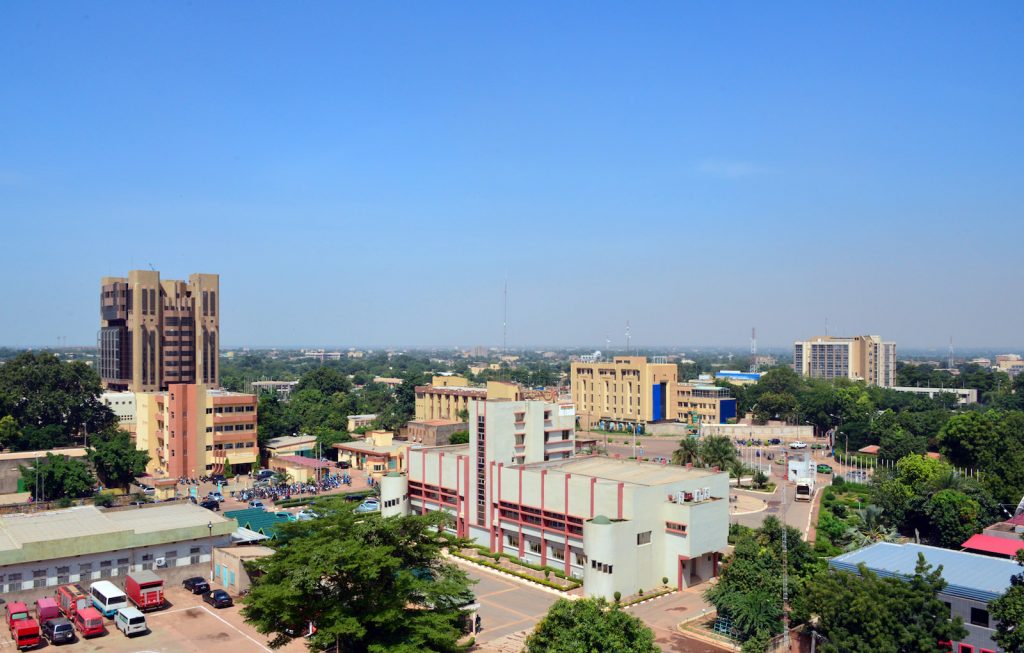 The village of Bazoule 25 kilometers west of Ouagadougou is famous for its pond filled with crocodiles. The pond is registered as a wildlife sanctuary, and Bazoule villagers treat the crocodiles as sacred creatures. Local children become acquainted with them from an early age. Visitors are often shocked by the sight of children swimming with crocodiles or sitting on their backs! 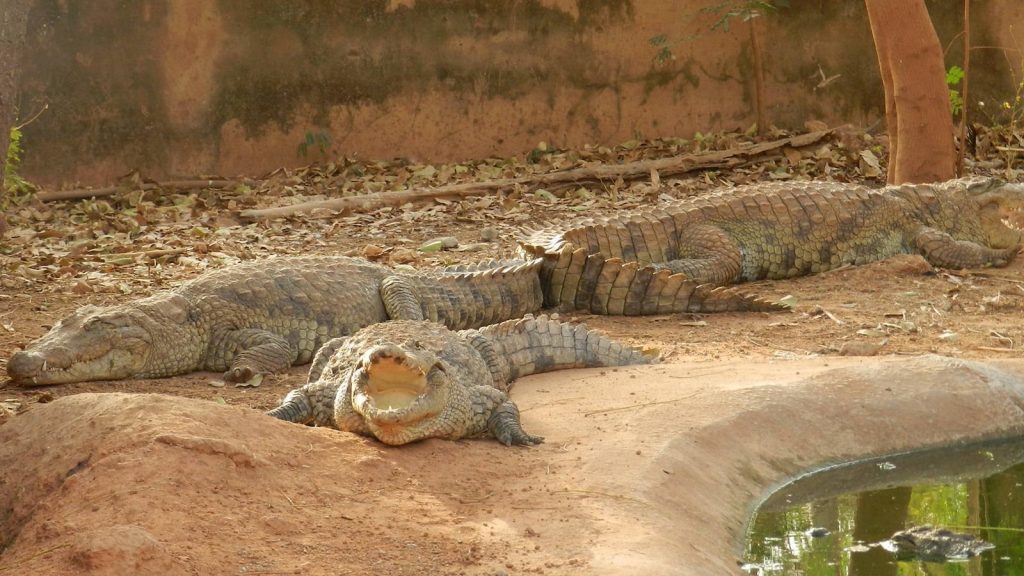 The W-Arly-Pendjari Complex is a UNESCO World Heritage Site in eastern Burkina Faso that extends into nearby Niger and Benin. Hundreds of species of plants and animals live in the marshy rainforest and dry Savannah regions within the park complex. Visitors here can take in large animals like elephants, lions, hippos and warthogs up close. 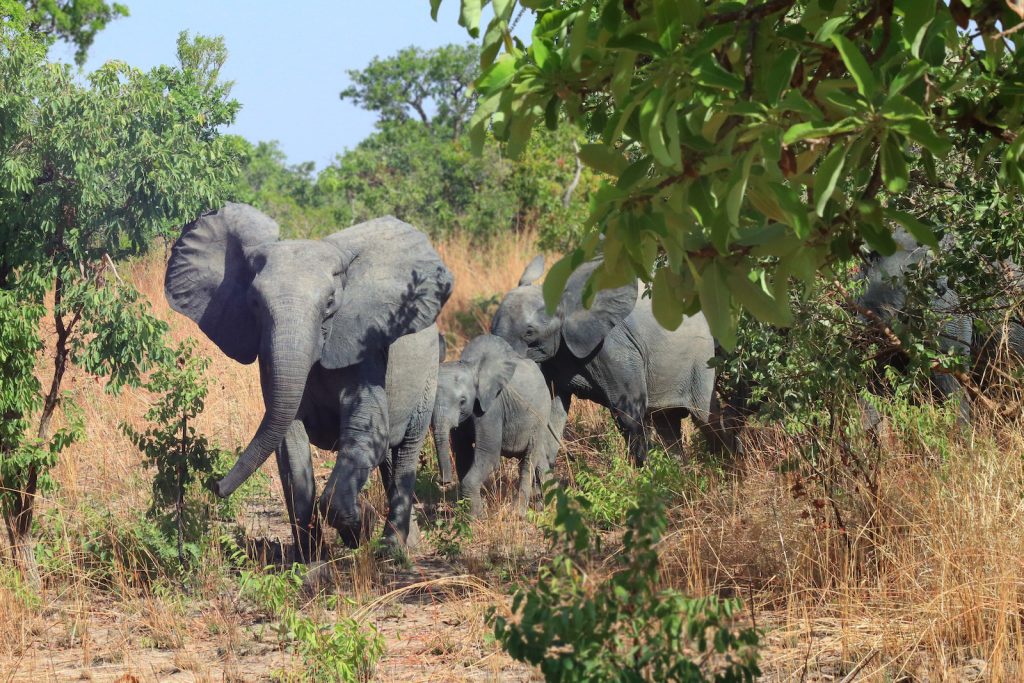 In Banfora, a central city of southwestern Burkina Faso, visitors can see the Fabedougou Domes rock formations and a beautiful waterfall. 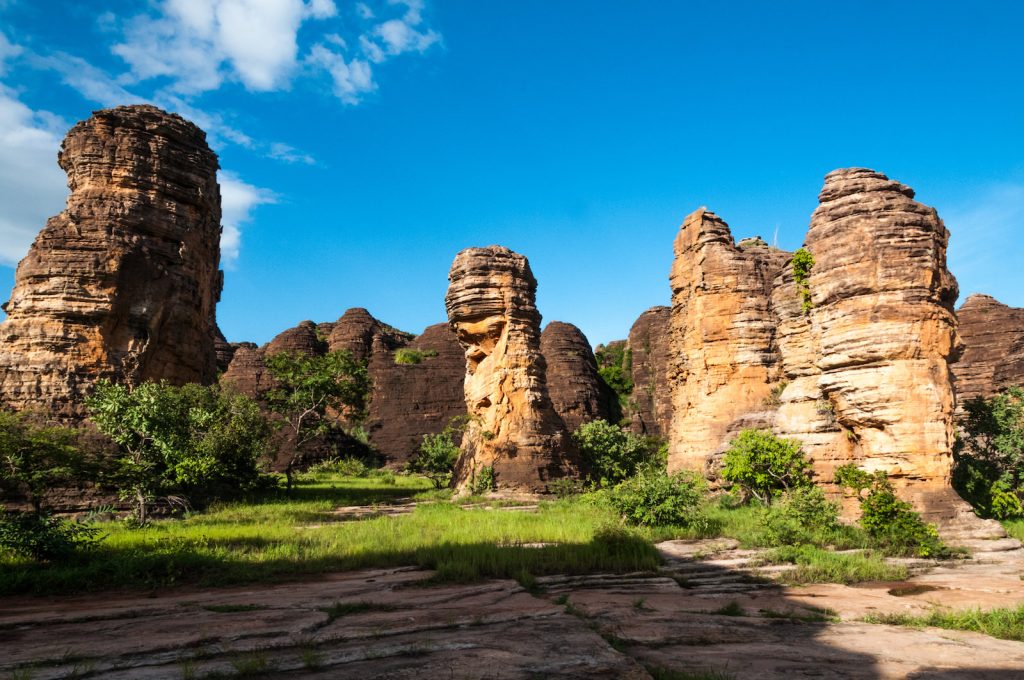 Most Burkinabè villages have unique events and ceremonies passed down from antiquity for celebrating important occasions like harvests, births, funerals and inaugurations of village leaders. At these events, locals give lively performances including song and dance rooted in literature, showing how traditional arts and music are deeply connected to village customs.

Ouagadougou has held the International Handicrafts Fair every other year since 1988 to boost the export of African handmade goods and to encourage the development of crafting techniques through cultural exchange. Artists, journalists and shoppers from over 30 African countries and France, China, Cuba and elsewhere attend the fair, which boasts over 500,000 visitors. It’s a great opportunity to see many different African handicrafts in one place.

Dédougou is a town about five hours west of Ouagadougou by car that has hosted Festima, the largest mask festival in West Africa, since 1996. The outfits here are truly captivating, including masks depicting people and animal faces combined with ornate dress using grass, wood or straw. The locals believe these mystical creature costumes serve as intermediaries to their gods and ancestors, and they serve a spiritual role the people of Burkina Faso in West Africa. UNESCO registered this practice as intangible cultural heritage in 2004, and ethnic groups from neighboring countries also participate, making it an international event.

Burkinabè national dress is made of a traditional cloth called Faso dan fani woven from domestically grown cotton. It is worn by most men and women during daily life. 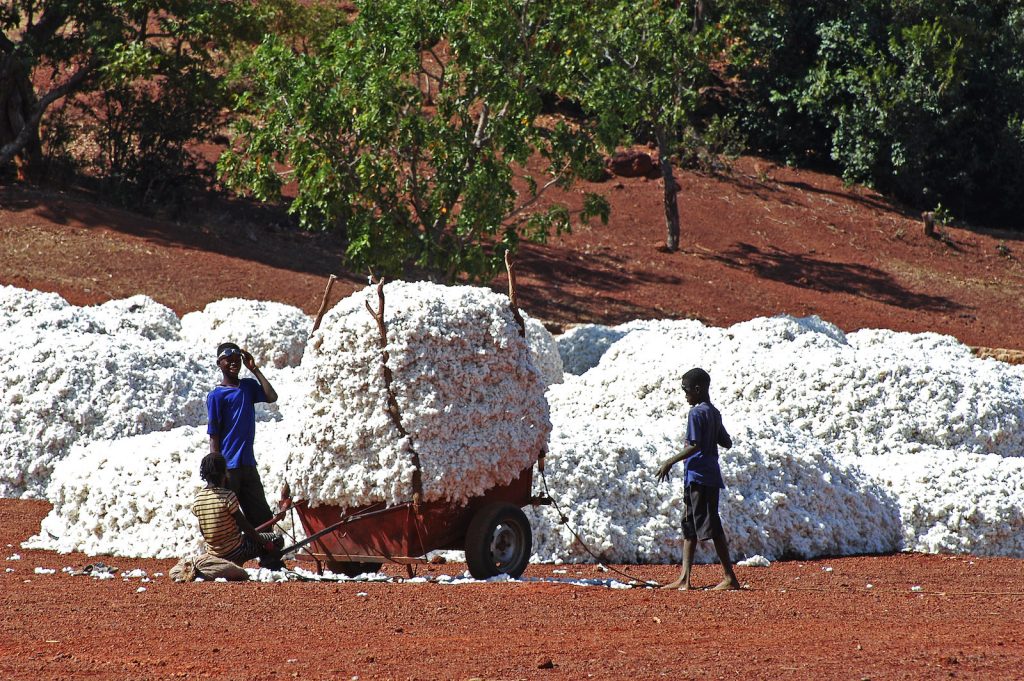 Burkinabè musicians use unique instruments like the balafon (a percussion instrument unique to West Africa), kora (a lute-like string instrument invented in West Africa 300 years ago), calabash drum (a drum made from a gourd) and agidigbo (a thumb piano with seven metal keys) in festivals and concerts. The Min-on Music Museum features all of these instruments in its collection.

From left to right: Balafon, kora, calabash drum and agidigbo

The Embassy of Burkina Faso in Japan has recommended four groups of musicians for today’s journey. We hope you will enjoy performances by these musicians that showcase traditional instruments and costumes unique to Burkina Faso. 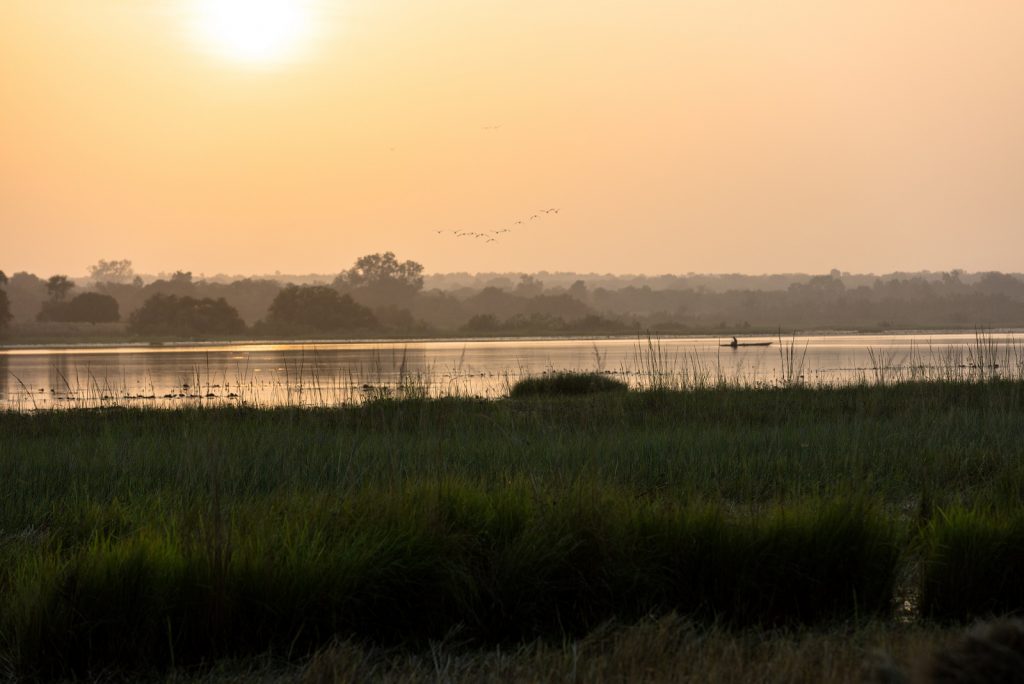 What did you think of your music journey to Burkina Faso? There are still many more places to go! Please look forward to our next destination.