Min-On Music Journey No. 28: The Kingdom of Sweden Welcome to Min-On’s Music Journey! Today, the Min-On Concert Association and the Embassy of Sweden in Japan welcome you to the Kingdom of Sweden in Northern Europe on the Scandinavian Peninsula. 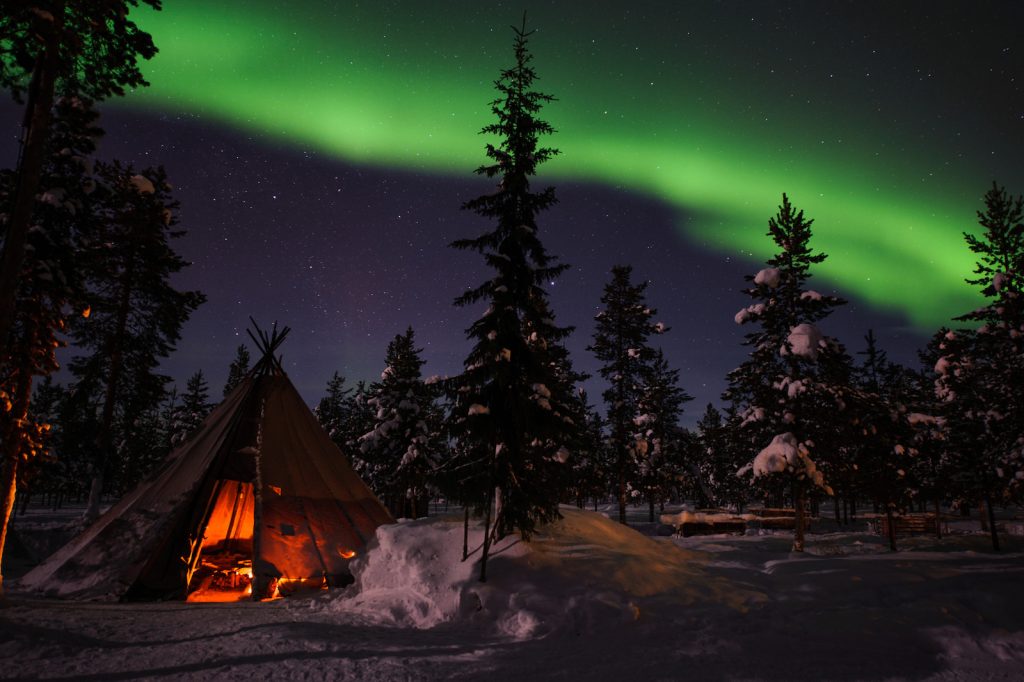 Sweden is a constitutional monarchy, and the public widely supports the royal family. Sweden began making major efforts to become a welfare state many decades ago, and it was the first country in the world to include paternity leave alongside maternity leave in 1974. It has also implemented extensive social welfare programs, including reduced medical expenses, free education for children aged 6 to 19 and nursing homes for the elderly.

Sweden is a global leader in innovation and is the birthplace of successful companies including the fashion brand H&M, the furniture retailer IKEA and the music streaming service Spotify.

The capital of Stockholm, City of Water 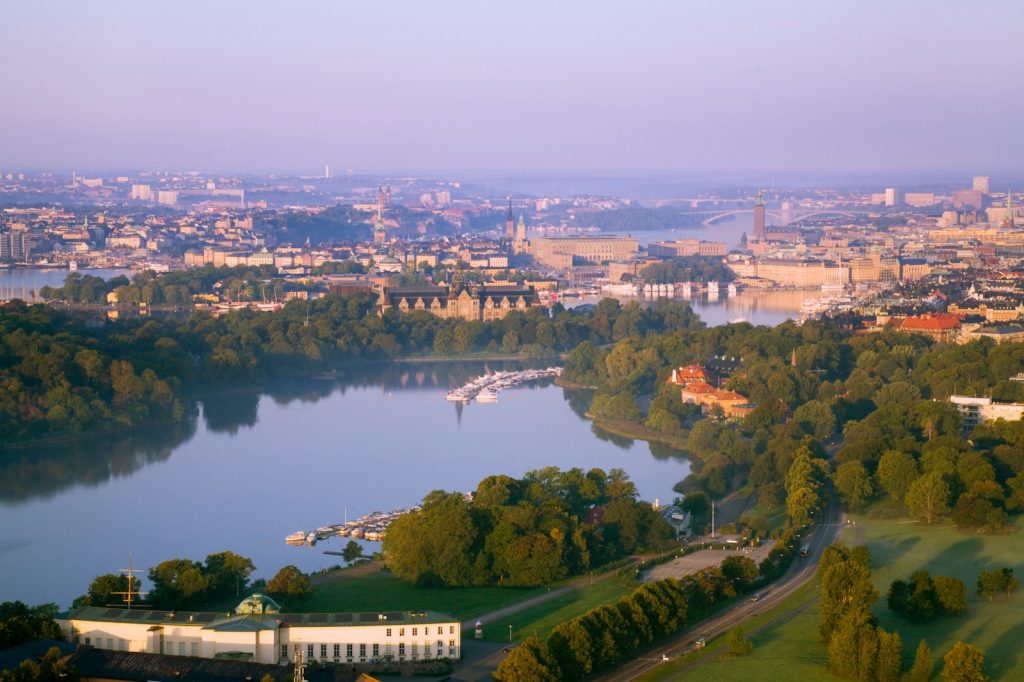 Sweden’s capital, Stockholm, is the largest city in Scandinavia, spanning the mainland and 14 small islands on the Baltic Sea. The old and new city districts that appear to float on the water are beautiful in every season, earning the city the nickname the « City of Water » and the « Venice of the North. »

Please enjoy an aerial view of Stockholm in this video.

The Nobel Prize Museum was built in the 18th century in the heart of Gamla Stan, Stockholm’s historic district, which features many examples of medieval architecture. Alfred Nobel was the inventor of dynamite and one of Sweden’s foremost inventors. As requested in his will, his assets funded the Nobel Prize. The Nobel Foundation has held the award ceremony every year on the anniversary of Alfred Nobel’s death (December 10) since 1901. The Foundation presents the prize to the person who has made the greatest contribution to the world in the fields of physics, literature, peace, chemistry and medicine. Currently, the ceremony takes place at the Stockholm Concert Hall, with a subsequent reception banquet at Stockholm City Hall. The museum provides a detailed look at Alfred Nobel’s life and the history of the Prize through guided tours, videos and exhibits. 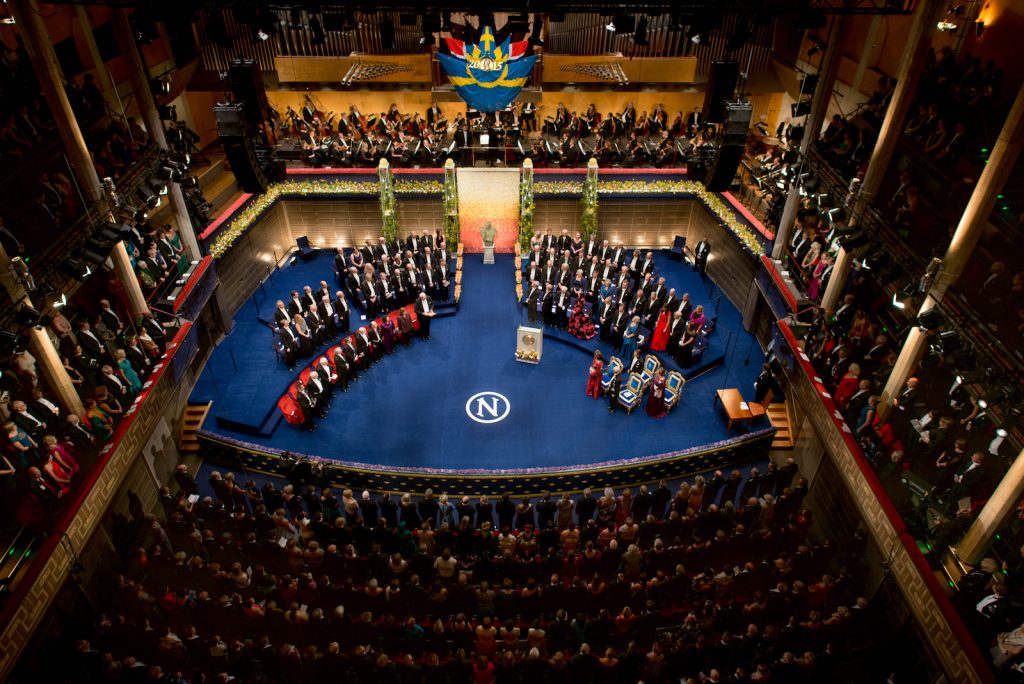 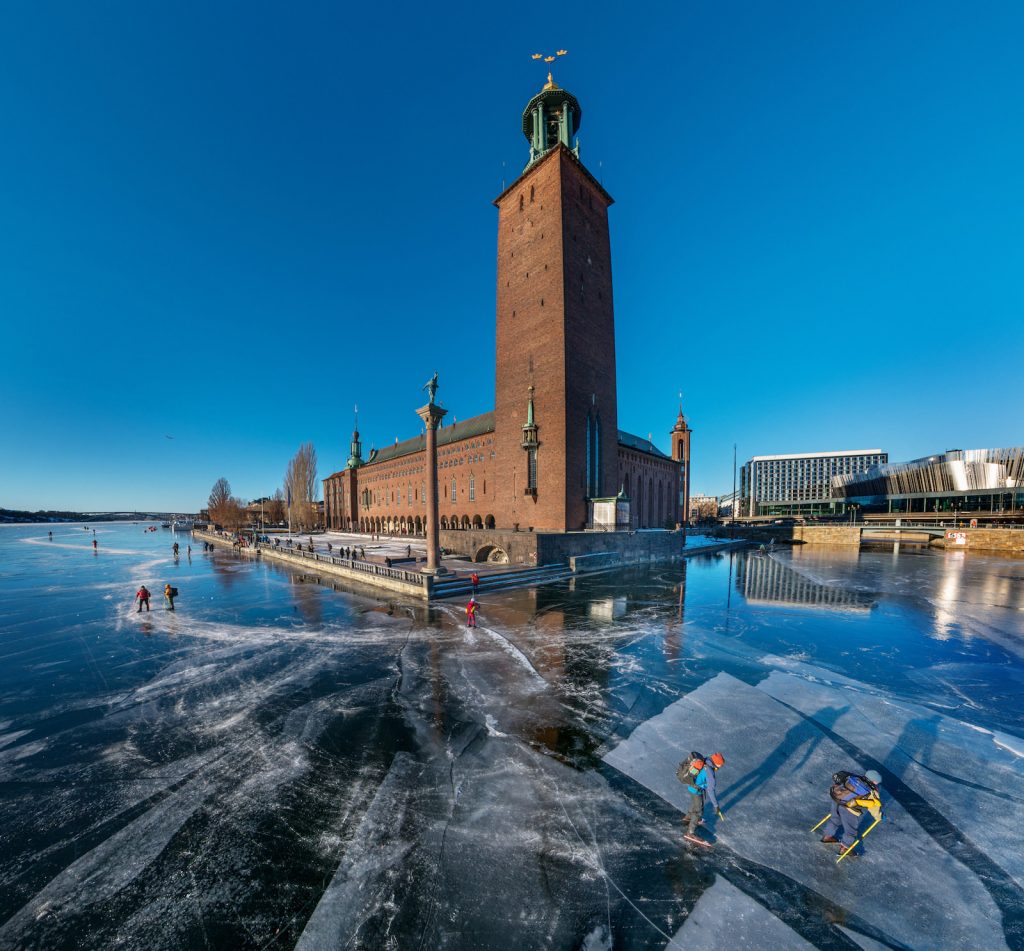 The warship Vasa was built as the pride of the Swedish Navy, but sadly sank along just 1,400 meters into her maiden voyage from Stockholm Harbor on August 10, 1628. After many failed attempts, its enormous hull was finally salvaged in 1961 and is now on display at the Vasa Museum.

Stockholm is home to more than 100 history and art museums. The city is overflowing with history, culture and the beauty of nature, as seen in places like Drottningholm Palace, the Christmas Market, the Stockholm Archipelago and its over 20,000 islands of various sizes, the Skansen Open-Air Museum and ABBA: The Museum. 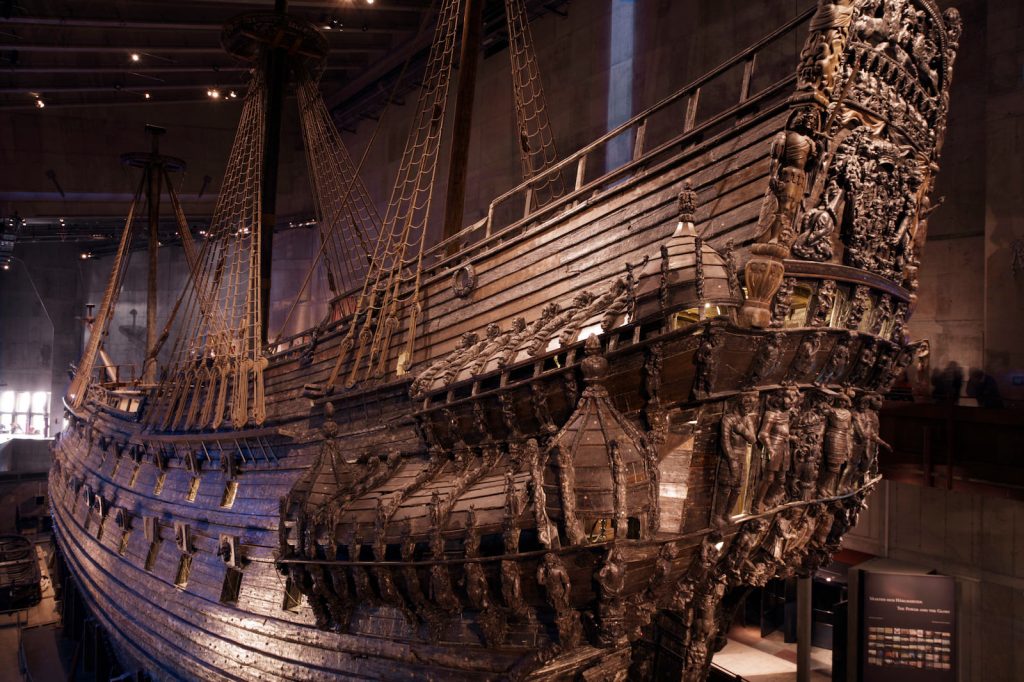 The warship Vasa on display at the Vasa Museum ©Ola Ericson/imagebank.sweden.se 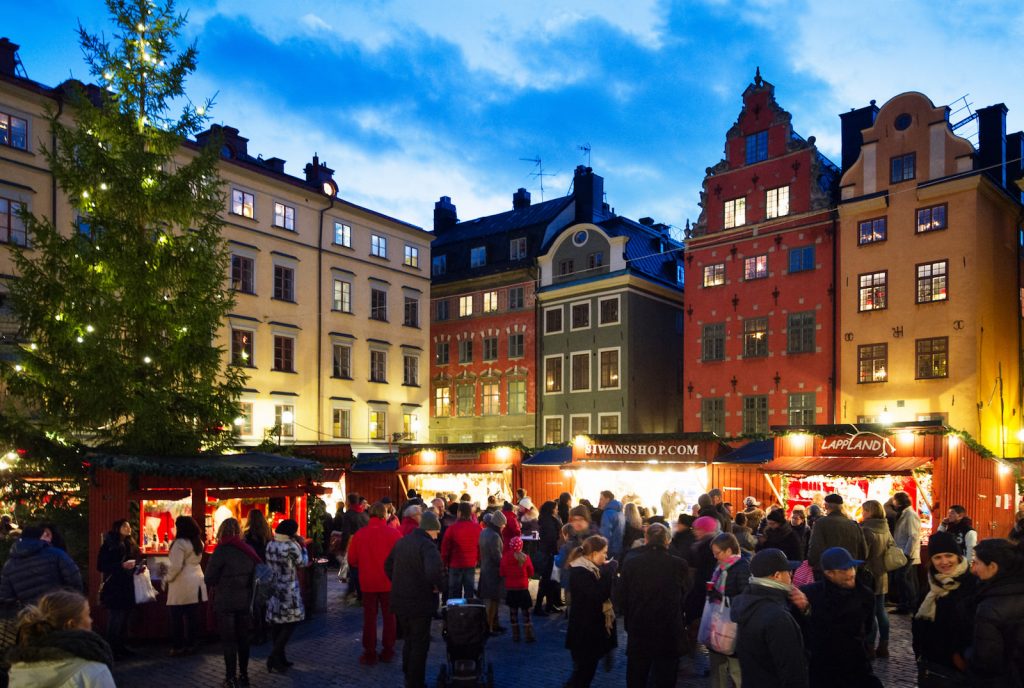 The fortified city of Visby on Sweden’s largest Baltic island of Gotland was originally developed as a viking stronghold. Some say the city’s medieval stone walls and streets lined with orange-roofed houses served as inspiration for the setting of Studio Ghibli’s animated film Kiki’s Delivery Service (1989).

Please enjoy the scenery of Stockholm through the video below:

Gothenburg, a city of beautiful canals

King Gustav II Adolf built the port city of Gothenburg in 1961. It became a center for trade during the Age of Discovery and prospered as a gateway to the North Sea. Today, Gothenburg is the second largest city in Sweden. It houses the headquarters of major companies, including Volvo cars and camera company Hasselblad, attracting business from all over the world. 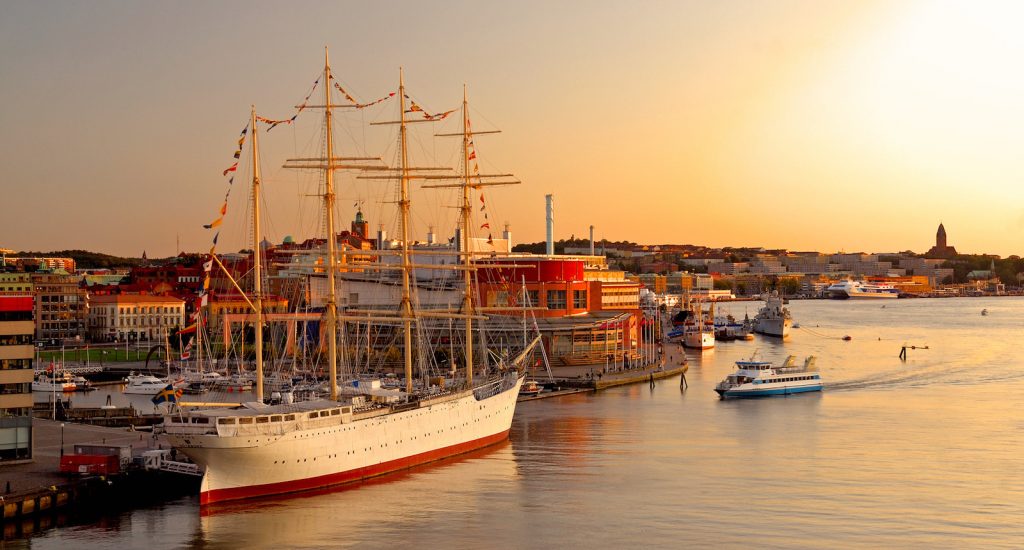 Gothenburg’s busting city center features a number of beautiful canals. It’s also filled with stylish restaurants and cafes where visitors can savor the bounty of both land and sea, including fresh seafood, meat and vegetables. Other popular destinations include the Gothenburg Museum of Art, praised as a treasure trove of contemporary Swedish art, and Liseberg Amusement Park, the biggest amusement park in Scandinavia, named one of the top ten amusement parks in the world by Forbes magazine in 2005. 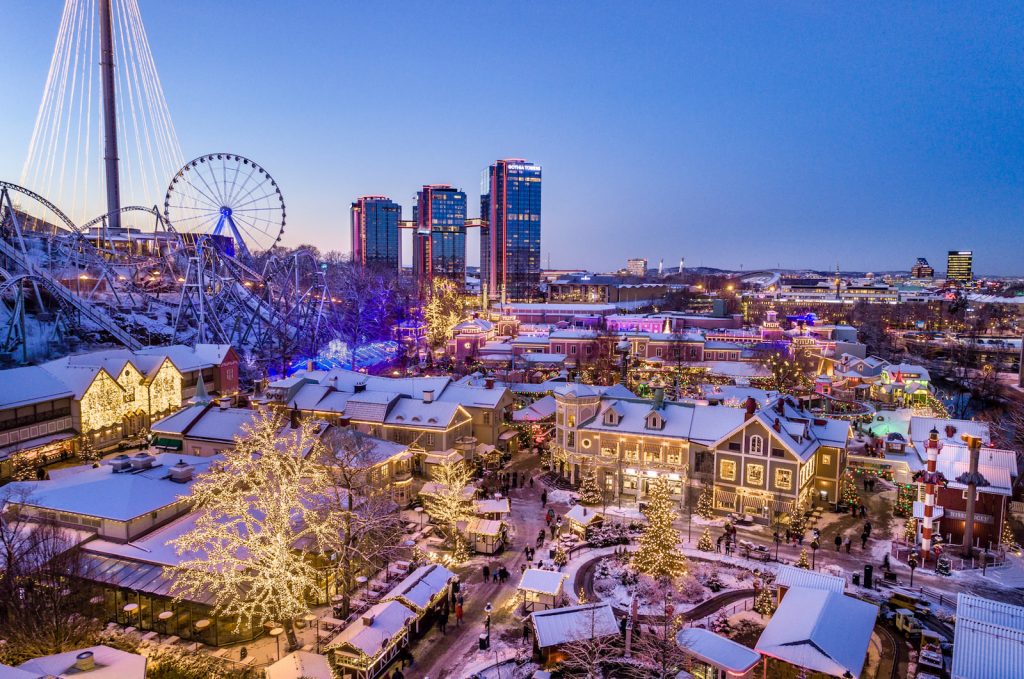 The nomadic, reindeer-herding Sami people of Scandinavia live in the northernmost part of the Scandinavian Peninsula, within the Arctic Circle (66° 33’ N latitude). This region is called Lapland and spans four countries: Norway, Sweden, Finland and Russia. The Sami people have preserved a traditional way of life for thousands of years in a harsh, cold environment, living alongside reindeer with thick fur coats. They move their tents from season to season to follow the sun and changing natural environment, and they’re known as the « people of the sun and wind. »

The Sami people set up stalls and hold the Jokkmokk Winter Market every year for a week around the second Thursday of February in Jokkmokk of the Lapland region. This market has been held for over 400 years, making it the oldest of its kind held in the Scandinavian Arctic. Visitors can experience firsthand many aspects of Sami culture here, including items like kuksa (cups carved from birch burls), accessories embroidered with tin thread and handicrafts made from reindeer bones and pelts. People also come to Lapland from across the globe to experience marvels of nature like the awe-inspiring aurora borealis or the Ice Hotel, carved entirely out of ice. Many travelers also visit for winter sports like skiing, and Lapland is very active despite its frigid temperatures.

Please enjoy footage of the aurora borealis in the video below. Sweden has a custom called fika, which means « coffee break » in Swedish. Several times a day, people gather with family, co-workers or friends to enjoy conversation over coffee served with sweets. Some of the most common treats served during fika include semla (buns filled with almond paste and lightly sweet whipped cream), cinnamon buns and waffles.

Fika provides an opportunity to pause for a moment and refresh your body and mind at home or work, no matter how busy you are. It also provides a space for communication between people regardless of social standing. Fika is much more than just a break; it is a restorative key for living a fuller life passed down from ancient times, and an essential part of Swedish culture. Swedish people often have orchards or vegetable gardens near their homes. Because of the harsh climate, they have devised many ways of preserving food—fresh fruit is made into jam, vegetables are pickled, meat and fish are smoked, and more.

Min-On has hosted many musicians from Sweden, including the Royal Swedish Opera Chorus (1984), the Norrköping Symphony Orchestra conducted by Junichi Hirokami (1994) and Barbara Hendricks (2006). We would now like to feature a performance from the 2013 concert of the Swedish a cappella choir the Svanholm Singers.

The Svanholm Singers is an a cappella male chamber choir formed in Sweden in 1998. They won the grand prix at the Takarazuka International Chamber Chorus Contest in Japan in 1999, and they’ve also performed in Japan many times. The choir represents their unique homeland with their mysterious harmonies that evoke the power, delicate beauty and midnight sun of Scandinavia.

After serving as the lead singer for the five-member vocal ensemble The Real Group for over 20 years, Margareta Bengtson began her career as a solo singer in 2006. Her first solo album, I’m Old Fashioned, was a big hit not just in Scandinavia but also in Japan.

Finally, please enjoy a piece from the 2018 concert of Swedish Harmony, a group formed by string ensemble Musica Vitae and choral ensemble Vokalharmonin.

This string ensemble’s mission is to play « music that expresses life » during their performances. They have performed in many foreign countries like China, the US, Greece, Switzerland, Germany and Spain in addition to their home country, and they’re often featured in the media on Internet news sites and newspapers.

This choral ensemble was founded in 2004 to explore new sounds and vocal techniques. Fredrik Malmberg has served as the group’s artistic director since its founding and is one of Sweden’s most accomplished choir directors. In 2012, he was appointed not only head conductor of the Sweden’s most prestigious chamber choir, the Eric Ericson Chamber Choir, but also professor of Choral Conducting at the Stockholm Royal College of Music.

H.E. Mr. Pereric Högberg, Ambassador of the Embassy of Sweden in Japan, will introduce you to his recommended three groups of musicians. We hope you enjoy this music from Sweden! H.E. Mr. Pereric Högberg
Ambassador of the Embassy of Sweden in Japan 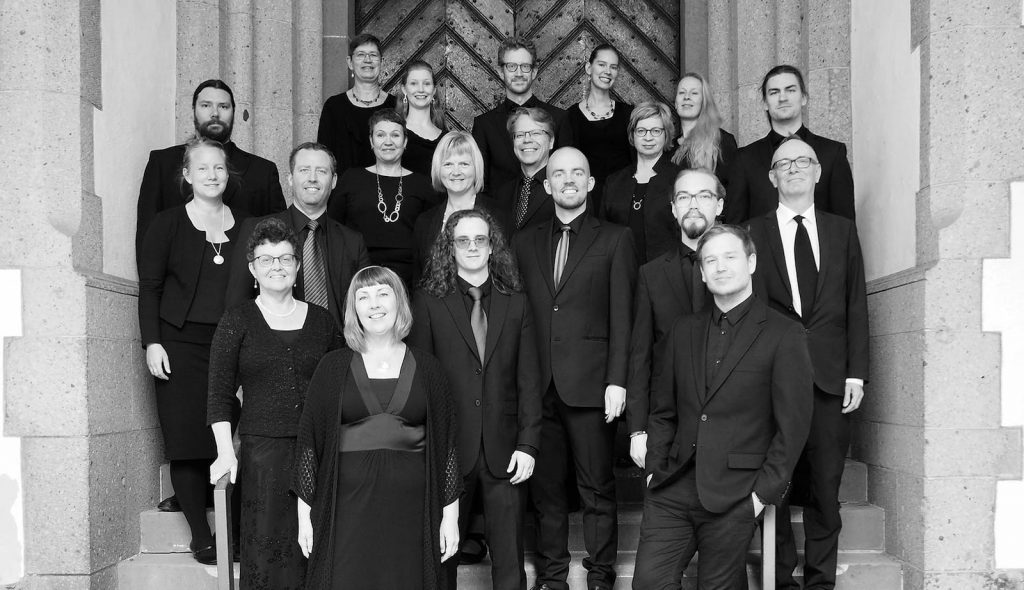 The Swedish choir sound is acknowledged globally for its light tonality and non-vibrato, and Swedish choir composers often have this particular light sound in mind. One of Sweden’s great contemporary composers was Sven-David Sandström. A few years ago, he wrote a wonderful choir piece called Four Songs of Love. Here the excellent Swedish Choir Erik Westbergs Vokalensemble is performing one of those songs, Until the Daybreak. I recommend you listen to all four songs, and spend some time on Spotify to discover more of this brilliant choir. The Swedish jazz pianist Lars Jansson is already well known to a large part of the Japanese Jazz audience. Jansson-san is a melody wizard, and he is one of those few musicians and composers that seem to have an endless source of simple and totally natural melodies coming out of his head and fingers. Here his trio is performing one of my absolute favorite tunes, More Human. Apart from streaming on Spotify, this record is also available in Japan produced and spread by the great Japanese jazz record company Spice of Life. Sofia Jannok is a Swedish Sami artist, singer and songwriter. Her music is inspired by folk, pop, jazz and the music tradition of the Sami people in the very northern parts of Sweden. I really like this song where she is using a traditional Sami singing technique called ”yoik.”

“By the way, perhaps you didn’t know that Spotify is a Swedish company. Thanks to Spotify’s great innovations and streaming technique all music genres, composers and artists have become so much more available. Wherever we are—in Japan, Sweden or anywhere on the planet.” 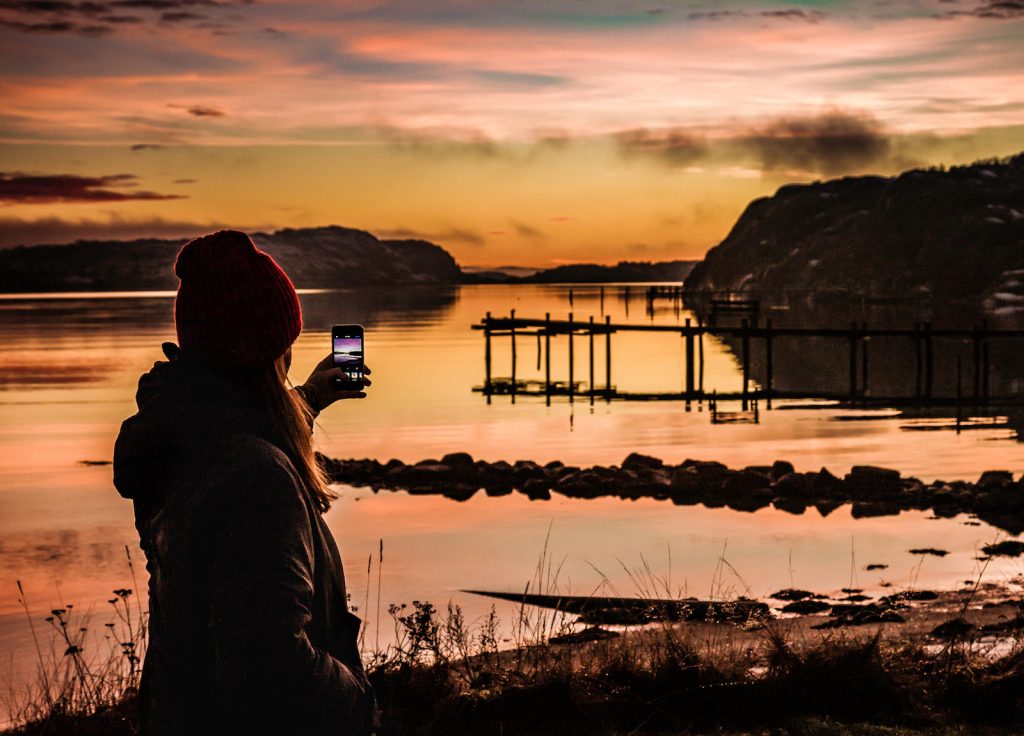 What did you think of your music journey to Sweden? There are still many more places to go! Please look forward to our next destination.

(Produced in collaboration with Embassy of Sweden and Image Bank Sweden, which provided photos.)