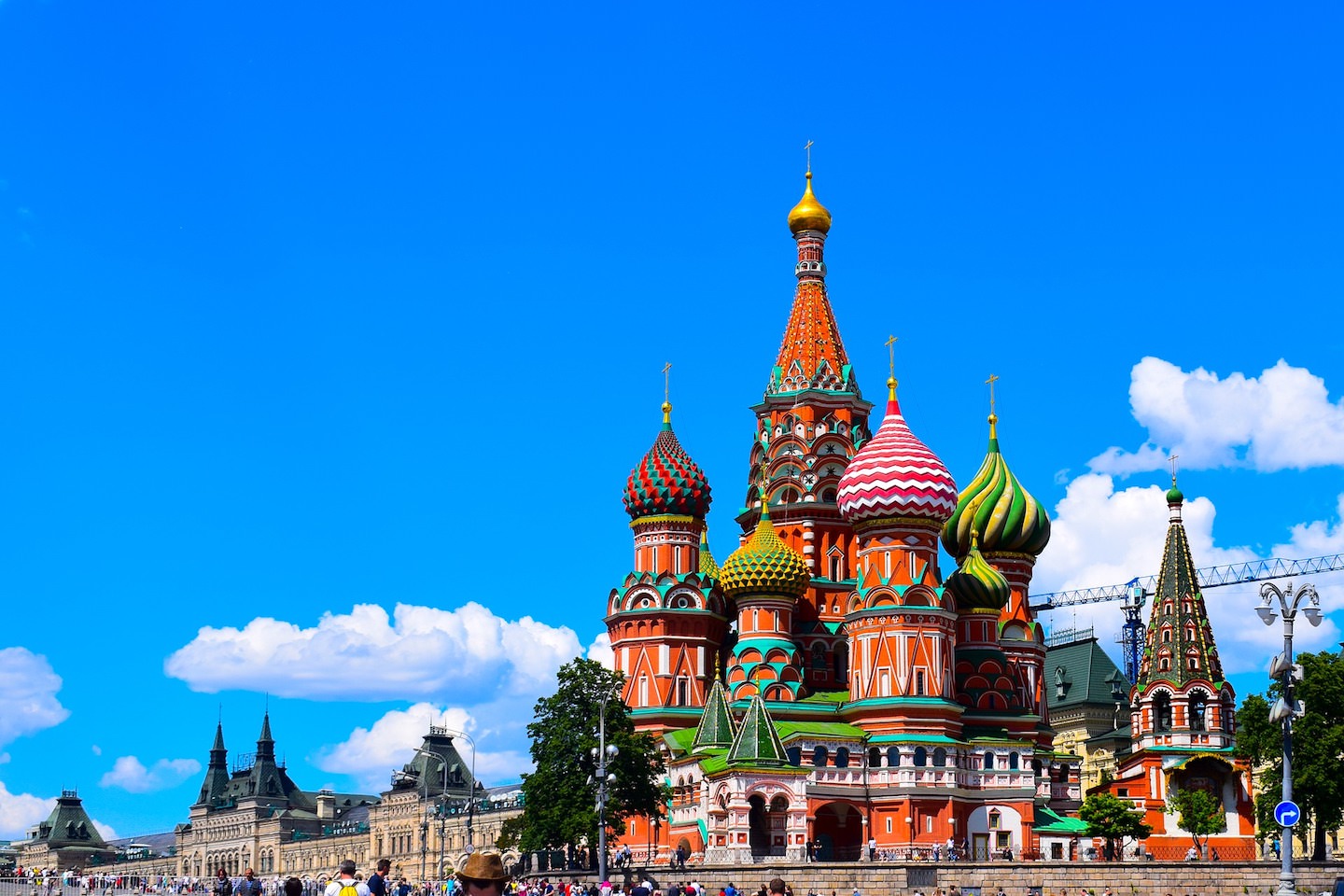 Welcome as the Min-On Concert Association and the Embassy of the Russian Federation to Japan guide you to Russia, the largest country in the world, spanning the Eurasian continent from the Pacific Ocean in the east to the Baltic Sea in the west.

In terms of land area, Russia is 45 times the size of Japan. Because it spans such a large distance from east to west, visitors can experience up to ten hours’ time difference without even leaving the country. The northern part of Siberia is thick with coniferous forests called taiga, and the forest floor covered in permafrost remains frozen year-round.

Historically, most Russian citizens were farmers who eked out their living in the face of harsh natural conditions throughout the centuries. Against this backdrop, people created regional music and dance as a way to express their joy and sorrow. They amalgamated these styles with European musical traditions, which eventually developed into the world-famous ballet and opera that Russia is known for today. 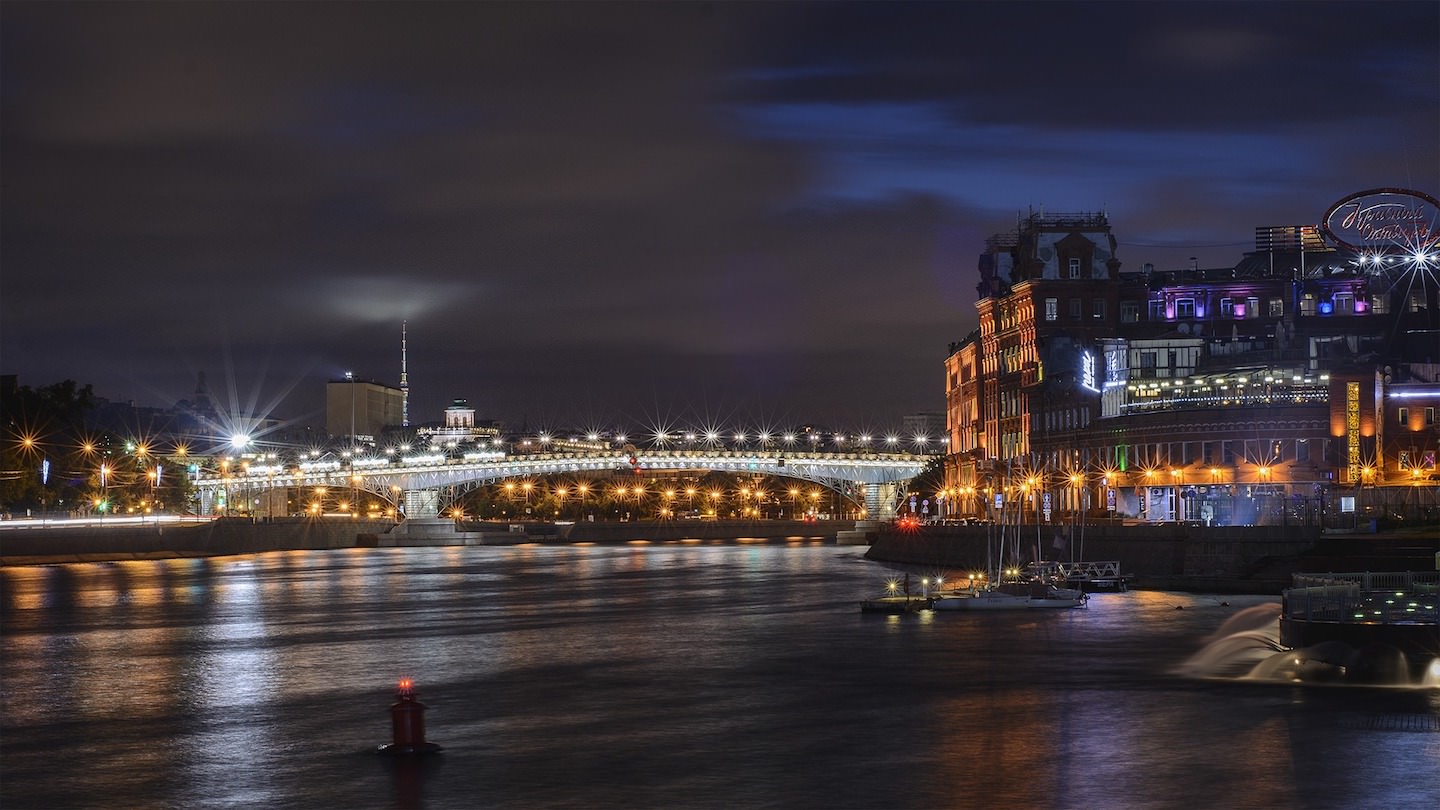 The capital of Moscow, alive with past and the future

The capital of Russia, Moscow, is a metropolis with a population of about 12 million people. The city was founded 900 years ago, and the Red Square in the city center is surrounded by structures that symbolize Russia, including the Kremlin, St. Basil’s Cathedral and the Bolshoi Theatre. The city is structured around the Kremlin, with main roads radiating out from it and larger beltways forming rings that connect them.

The Spasskaya Tower International Military Music Festival is held in the Red Square at the end of every summer, when military bands and musicians from all over the world gather in one place to perform incredible music. Named after the Spasskaya Tower that rises up over the Kremlin, the festival is a major event in Moscow very popular with the locals.

The Moscow State Academic Children’s Music Theater, the world’s first music theater for children and youth, was founded by Natalya Sats and is located in a spacious open area surrounded by the trees of Sparrow Hills (formerly known as Lenin Hills). 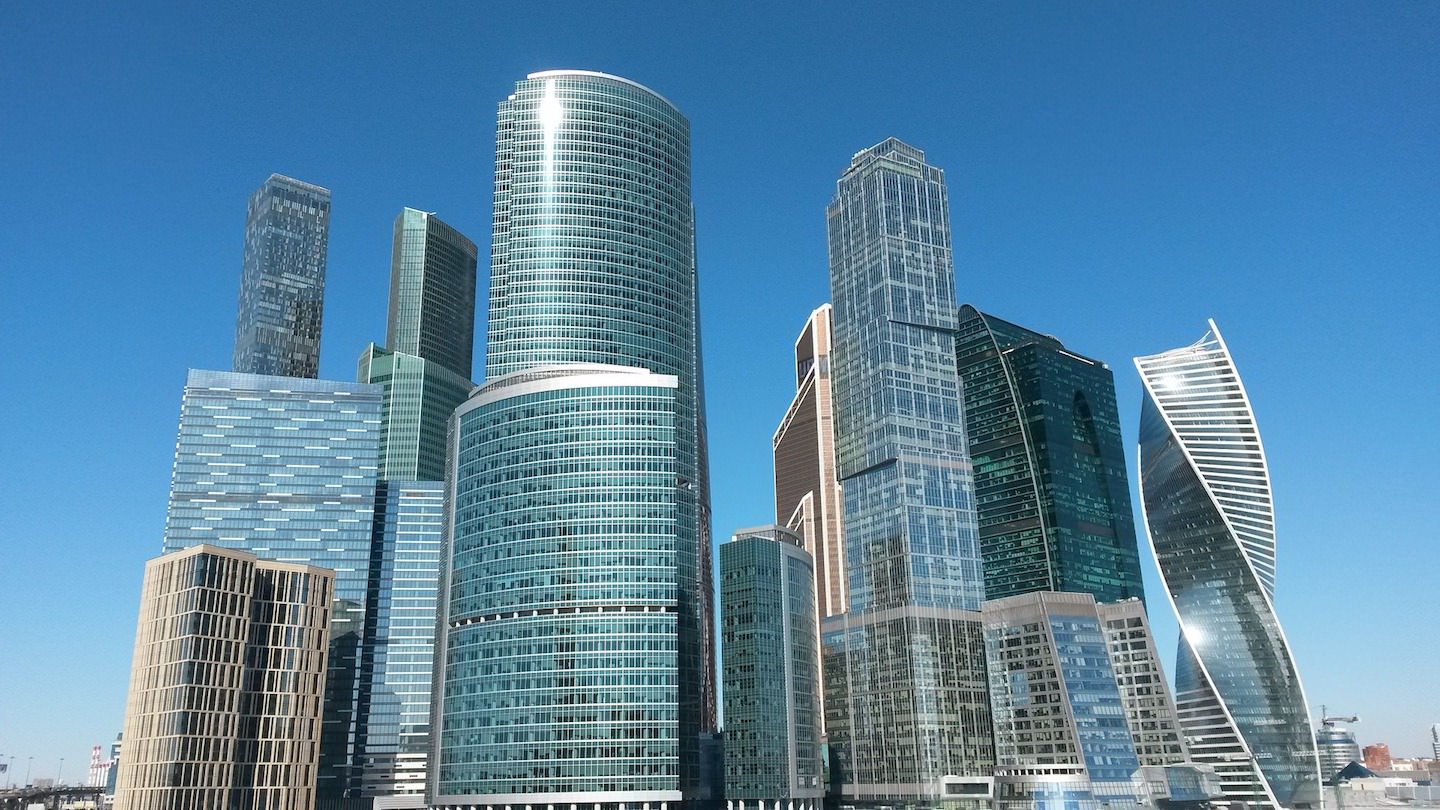 St. Petersburg, the city of water

St. Petersburg is Russia’s second-largest city located on the Gulf of Finland, and it once served as the capital of the Russian Empire. A total of 36 places throughout the city are registered collectively as a World Heritage Site called the Historic Centre of Saint Petersburg and Related Groups of Monuments. It is also known as one of the world’s leading cities in terms of academia and cultural importance.

The gorgeous architecture found throughout the city, including the magnificent, graceful fountains of Peterhof, are a result of fusion of Western Europe’s Baroque and neoclassical architecture with Russian culture. Here, visitors can find countless examples of the beauty of Russia, including the Hermitage Museum, considered to be one the greatest museums in the world, the Mariinsky Theatre, where world-famous operas and ballets are performed, the Catherine Palace, built by Peter the Great, and many more. 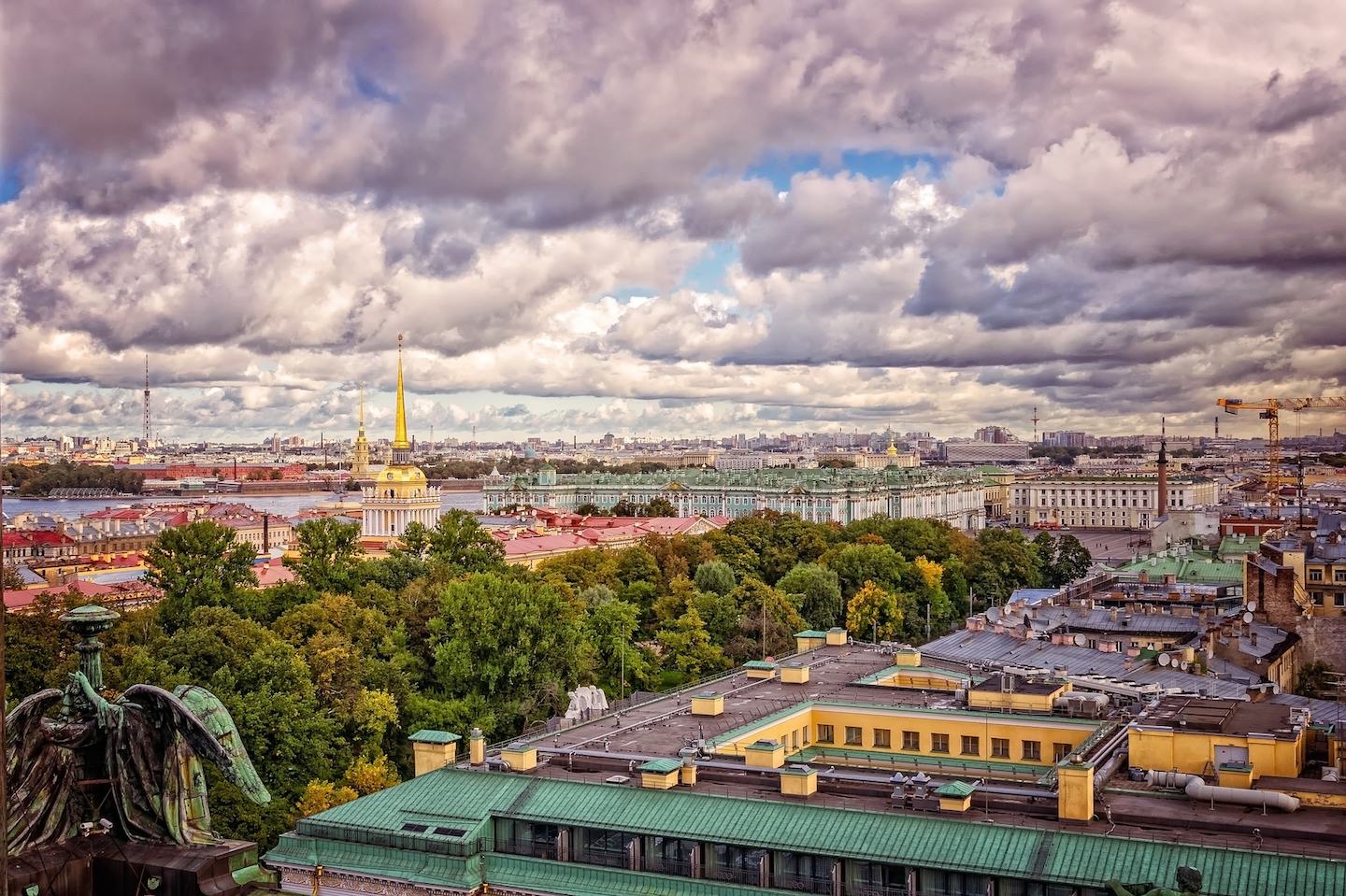 St. Petersburg is also known as the « city of water, » and as many as 100 canals flow throughout the city. Boat tours are very popular with tourists to take in the beautiful sights of the city from these famous canals.

Novosibirsk, the capital of Siberia

Novosibirsk, which is located in the approximate center of Russia, is also called the Capital of Siberia and is Russia’s third-largest city after Moscow and St. Petersburg. The Novosibirsk Opera and Ballet Theatre is located in the center of the city, Lenin Square, and surpasses even the Bolshoi Theatre in Moscow as the largest theater in Russia. The Ukok Plateau in the Golden Mountains of Altai was registered as a World Natural Heritage Site in 1998 and features breathtaking landscapes. It is also home to endangered species including the snow leopard. 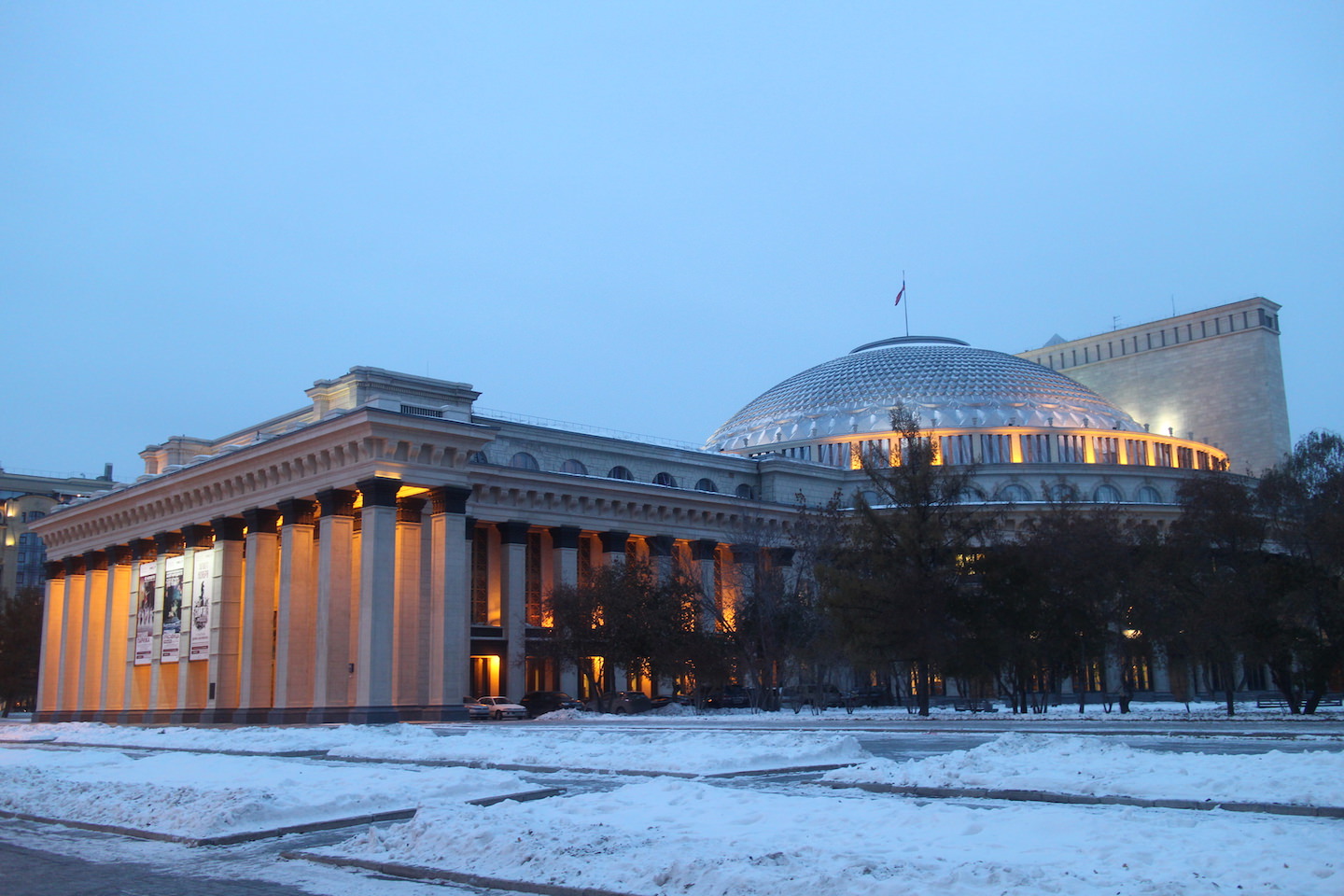 The Golden Mountains of Altai, a 2,000-kilometer-long mountain range

The popular traditional dress of Russia

Traditional dress is passed down from antiquity in its respective country of origin and conveys important cultural and historical characteristics. The traditional dress of Russia is one of the most popular in the entire world. Women’s traditional clothing is called sarafan, and men’s is called kosovorotka—each has a rich history.

The sarafan was first created over 900 years ago, originally worn by all women regardless of social class. However, only sarafan made of high-quality materials worn by wealthy women of high status were passed down to subsequent generations. Yet thanks to the dress laws of Peter I in the early 18th century, the sarafan became common among the populace and is still common today. The kosovorotka is said to be a Ukrainian peasant garment that was introduced to Russia. Leo Tolstoy deeply adored it, and it became a symbol of the Tolstoyan movement. Russians working in bakeries in Tokyo during Japan’s Taisho era (1912–1926) also wore kosovorotka, which led to the garb becoming well known in Japan then, too.

Leo Tolstoy, the iconic Russian author, was an author and peace activist, but he also deeply loved music and was a composer. It is well known that he had a close relationship with fellow Russian and world-renowned composer Pyotr Tchaikovsky. Min-On held the « Tolstoy and Music » exhibition in October of 2018 to commemorate Tolstoy’s 190th birthday. In December of that year, Tolstoy’s great-great-grandson and adviser to the President of Russia, Vladimir Tolstoy, and the director of Yasnaya Polyana (the Museum-estate of Leo Tolstoy), Ekaterina Tolstaya, visited the Min-On Cultural Center alongside her spouse to give a lecture on Russian culture. 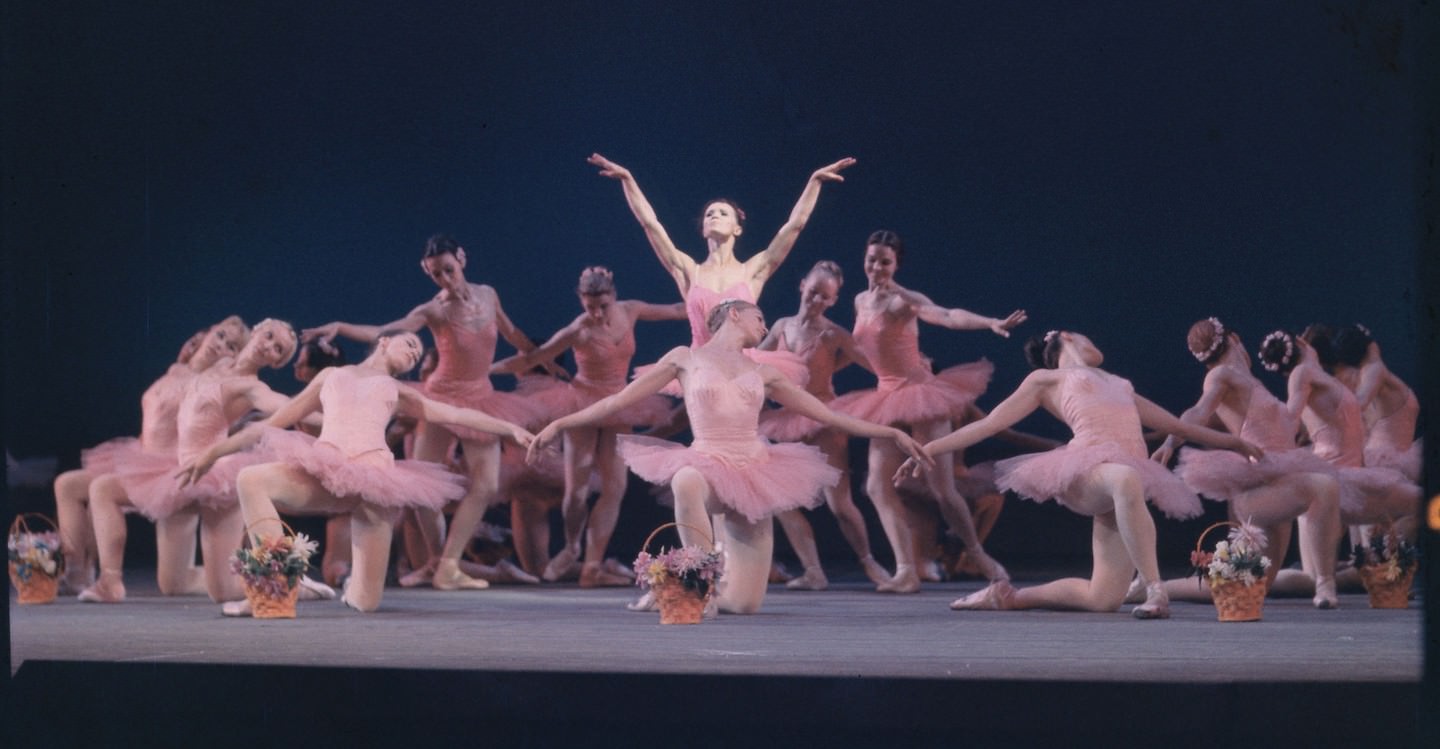 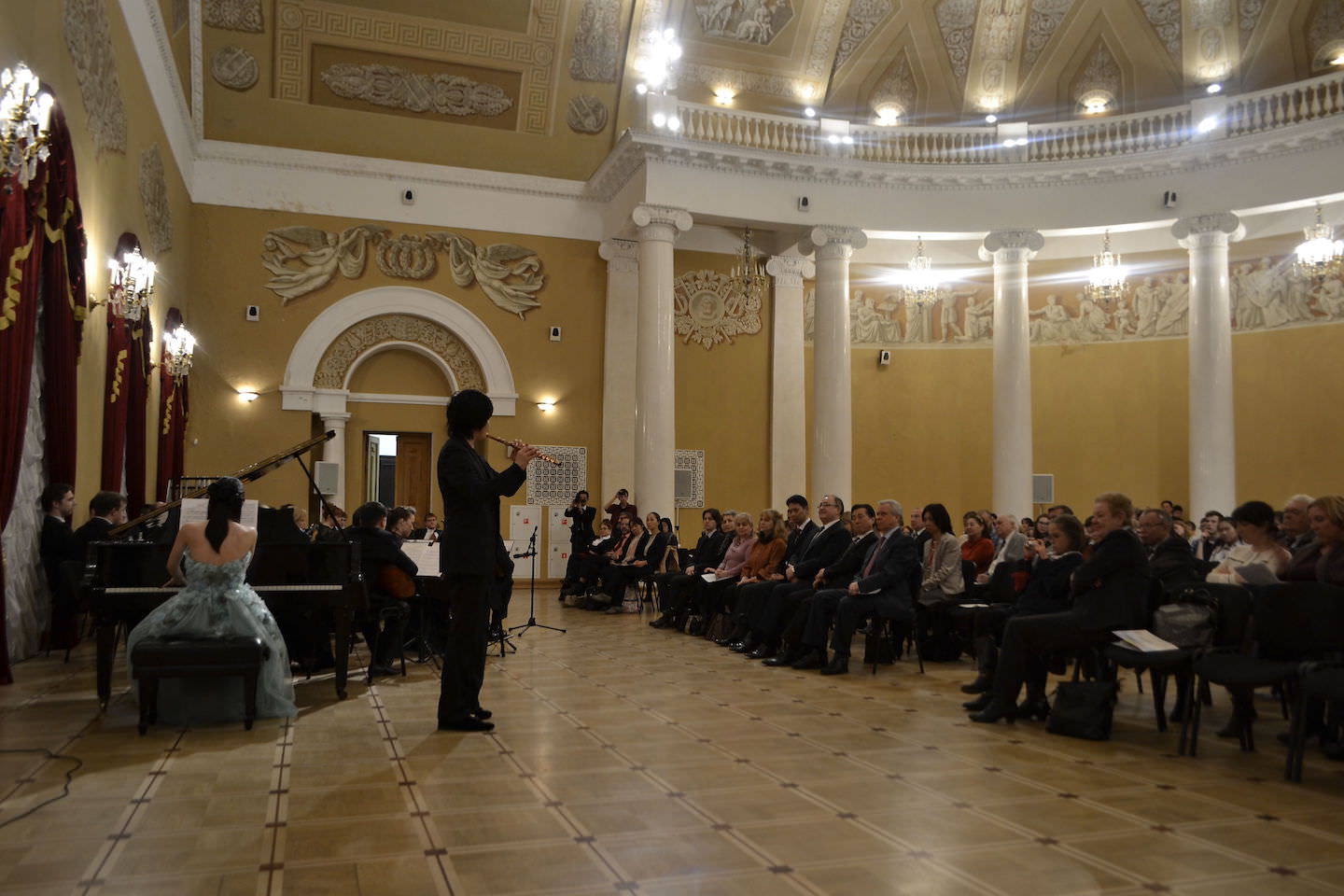 Starting with the Novosibirsk State Academic Opera and Ballet Theatre (September 1966), Min-On has invited many Russian music and cultural groups to perform in Japan, and has continued cultural exchange between Japan and Russia through events including performances by Japanese musicians in Russia in 2015 as part of the Min-On Global Music Network project.

We hope you will enjoy the following performances taken from those concerts, including the Moscow State Academic Children’s Music Theater (July 1982) and the Terem Quartet (November 2019).

Featured first is Moscow State Academic Children’s Music Theater, the first music theater in the world created for children. It was founded in 1965 by its president, Natalya Sats. Its outstanding ballets and operas that inspire hope and dreams in children are highly acclaimed in many countries worldwide. 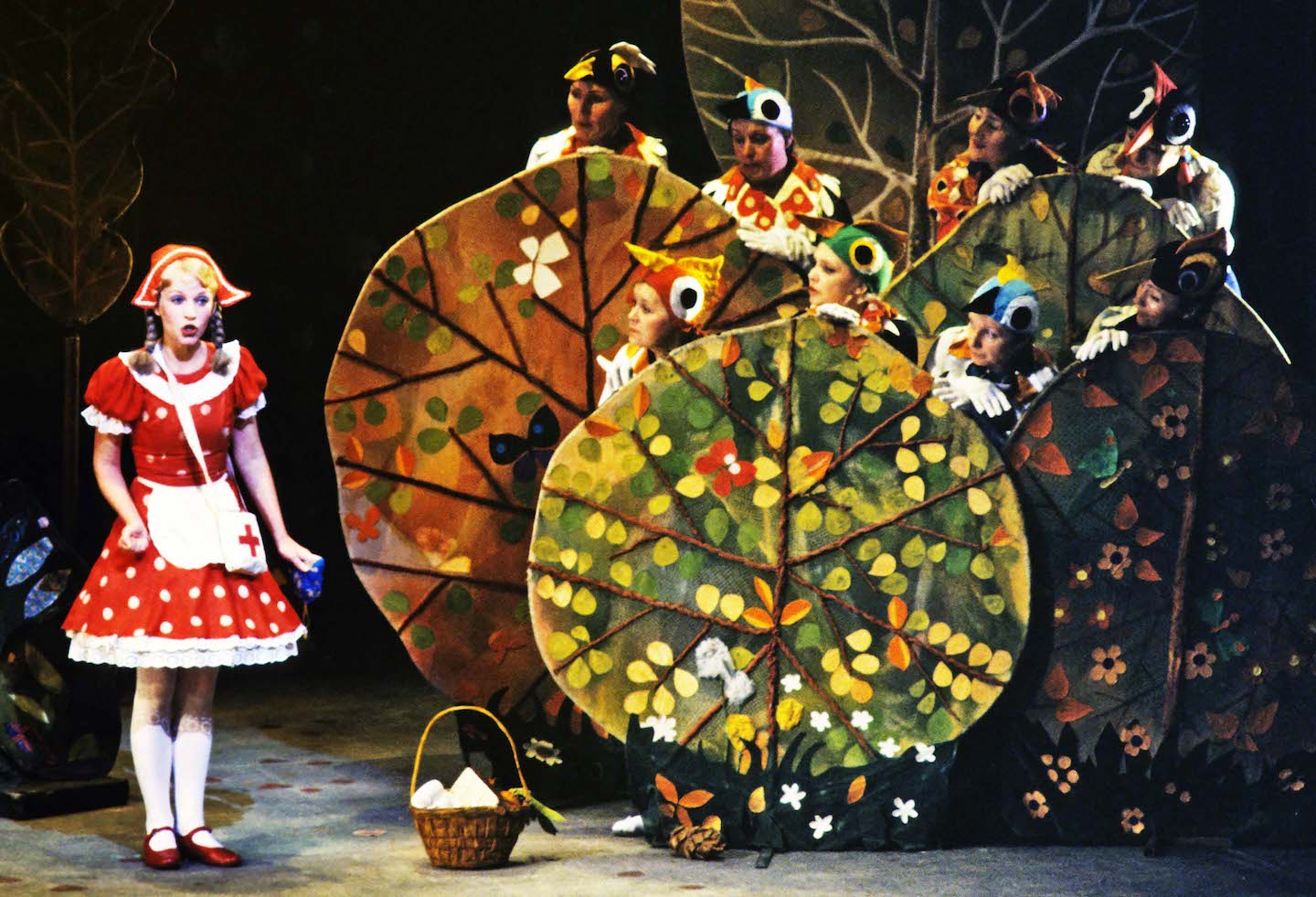 Next, we would like to highlight the Terem Quartet. They are a folk ensemble founded in 1986, and have gained popularity thanks to their incredible finesse on-stage in blending the traditional music of their homeland with classical and pop music.

Musicians introduced by the Russian Embassy

In closing, we would like you to enjoy performances by two groups of musicians introduced by the Embassy of the Russian Federation to Japan, for which tours in Japan are currently being planned.

First, we would like to feature Evgeny Pobozhiy. He became the first Russian to win the Herbie Hancock Institute of Jazz International Guitar Competition with his victory in 2019, and he is now one of the most talked-about jazz guitarists in the world.

Evgeny Pobozhiy (left), pictured during his victory at the competition (right)

Next, we would like to feature the women’s music group, M. Turetsky Soprano. This unique women’s music group was founded by Mikhail Turetsky, a Russian conductor, producer and “People’s Artist” of Russia. In addition to performing concert tours in Russia, the U.S., Canada, Switzerland, Israel and China, they have also served as musical ambassadors supporting international cultural exchange by performing the Russian national anthem or filling other important cultural roles at events like the F1 Grand Prix, soccer games and ice hockey games. 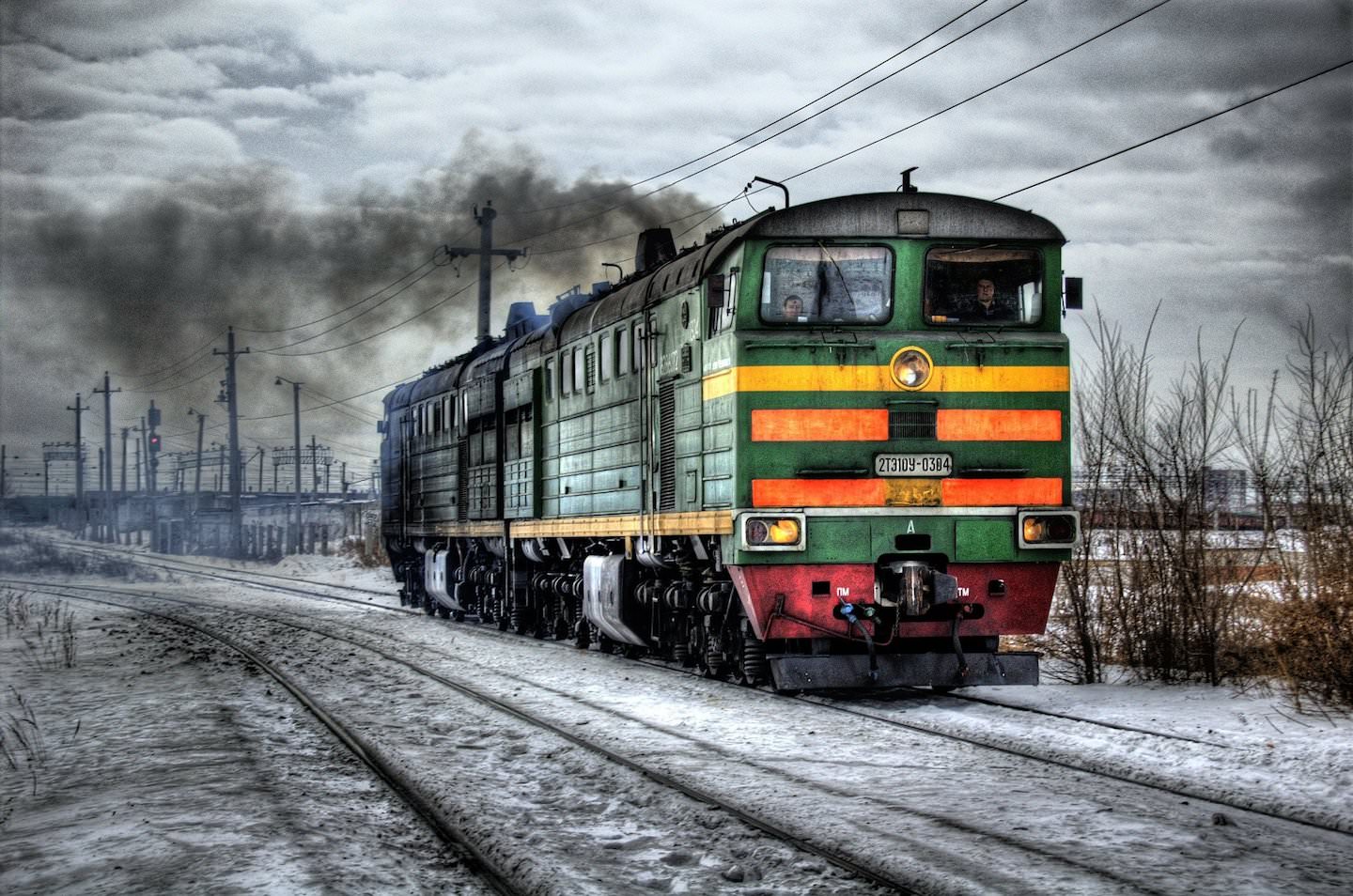 A steam-powered train running through the vast Russian countryside

There is a famous saying in Russia: « No two birds have the same feathers, » which means that every person is different. This phrase is very similar to the Japanese proverb, “Ten people, ten colors.” It is a perfect phrase to symbolize the diverse culture passed down across the many regions of the vast land of Russia we toured today.

What did you think of this music journey to Russia? There are still many more places to go on our music journey. Please look forward to our next destination.

(Produced in collaboration with the Embassy of the Russian Federation to Japan.)