Min-On Music Journey No. 13: The Kingdom of Spain 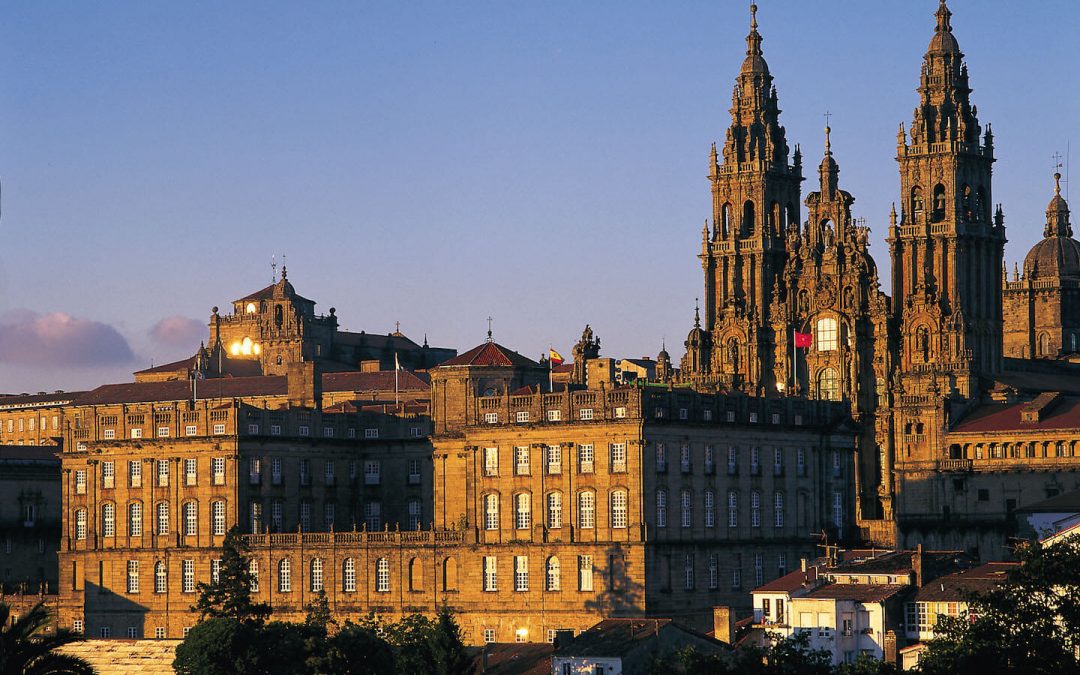 Welcome to the 13th installment of Min-On’s Music Journey! Today, Min-On and the Spanish Embassy in Japan guide you to the passionate country of Spain, which makes up 80% of the Iberian Peninsula in southern Europe.

With the many diverse ethnicities and cultures intermingling over its long history and distinct climate that varies by region, Spain is overflowing with individuality and charm that fascinates its visitors. When it comes to sports, the Spanish people are the most passionate about soccer. Not only is the Spanish national team admired by soccer fans all over the world, but veteran clubs Real Madrid and FC Barcelona are highly adored and compete in the top ranks of Spain’s domestic league, La Liga. 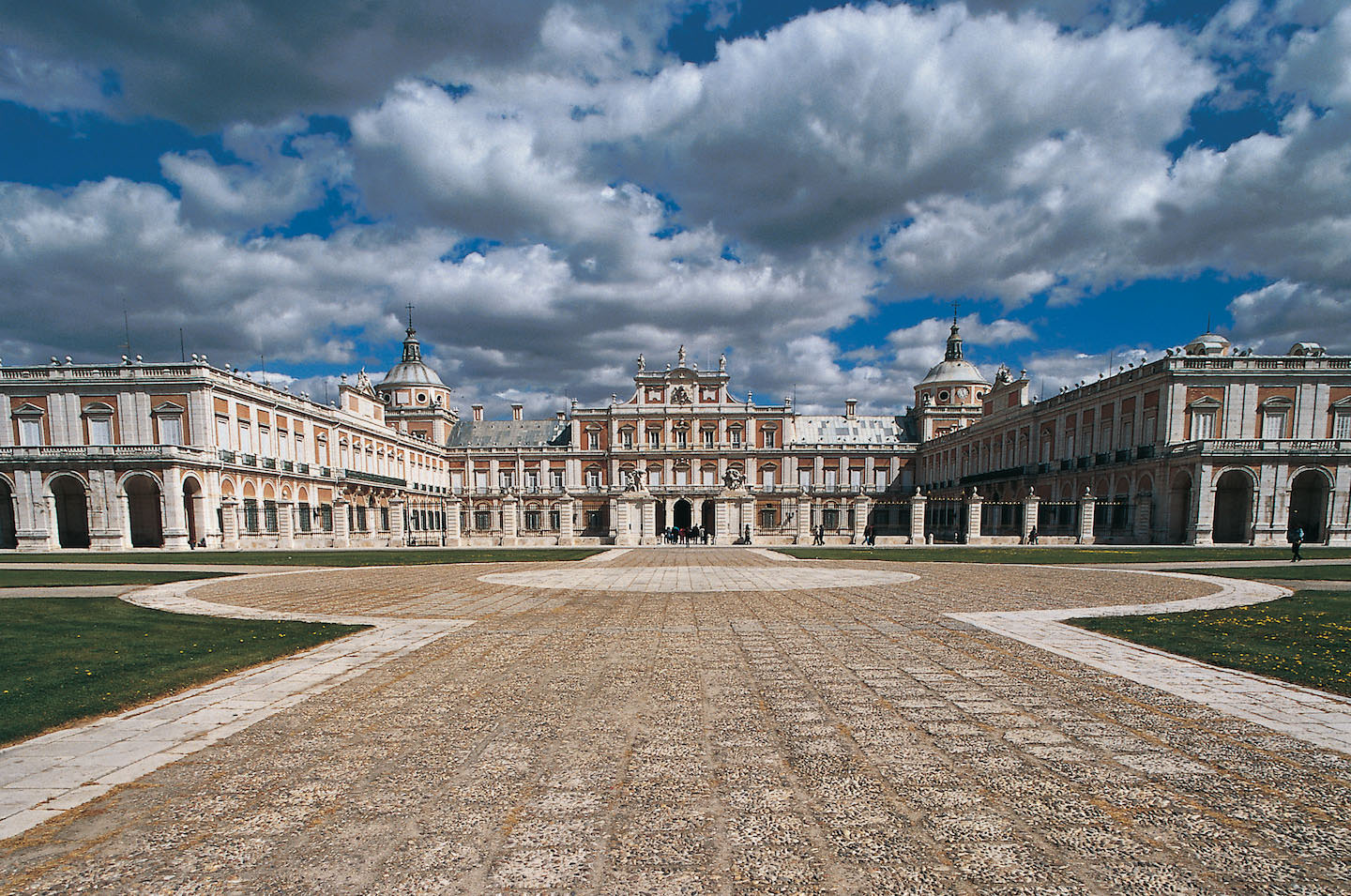 The Royal Palace of Aranjuez (in southern Madrid), registered as a UNESCO World Heritage Site in 2001

The capital city of Madrid and its medieval aesthetic

The capital of Spain, Madrid, is located in the center of the Iberian Peninsula. Its residents are cheerful and friendly, making the city popular among tourists as a place to relax and feel comfortable. Visitors can enjoy exquisite fine art in Madrid, including painting and sculpture, opera and theater. The Prado Museum houses a phenomenal collection of Spanish paintings, including the royal family’s collection and 30,000 other works of art, and is regarded as one of the greatest national art museums in the world. The medieval town of Plaza Mayor was founded in 1619 and once commonly served as a site for royal ceremonies, bullfights and festivals. It is now surrounded with stylish restaurants and cafes, making it a popular place for both locals and visitors to relax and enjoy.

The Plaza Mayor, where locals go to relax, and Santiago Bernabéu Stadium, the home of Real Madrid

History and culture of the Catalonia region and its capital, Barcelona

Catalonia is a region in eastern Spain that borders the Mediterranean Sea. Signs throughout the region are written in Catalan, the official language here. In the mid-19th and early 20th century, a new art movement called modernism developed and flourished in and around the Catalan capital of Barcelona. This bold movement was prevalent in works throughout the city by the architect Antoni Gaudí. The Catalan Concert Hall is one of them, which is still in use today.

Modernisme, which produced many celebrated artists including Picasso, Miró and Dali, and great musicians such as Pablo Gazalus, is also called Catalan modernism. Antoni Gaudí’s Basílica de la Sagrada Família is the most famous piece of defining art and architecture in Barcelona. Its construction began in 1882, and Gaudí took over as lead architect the following year. He devoted the latter half of his life to the structure, which is still being built today. It is scheduled to be completed in 2026, 100 years after Gaudí’s death.

Basílica de la Sagrada Família and a painting by Picasso

The Province of Cantabria between the mountains and the sea in northern Spain is filled with natural beauty. The temperature is relatively constant and pleasant year-round, making it a popular summer resort area. The city of San Sebastián near Spain’s border with France is called the “Pearl of the Bay of Biscay,” home to the famous resort town of La Concha Coast between Mount Urgull and Mount Igueldo. The white sand and crystal clear waters of this beautiful beach attract many tourists each year. 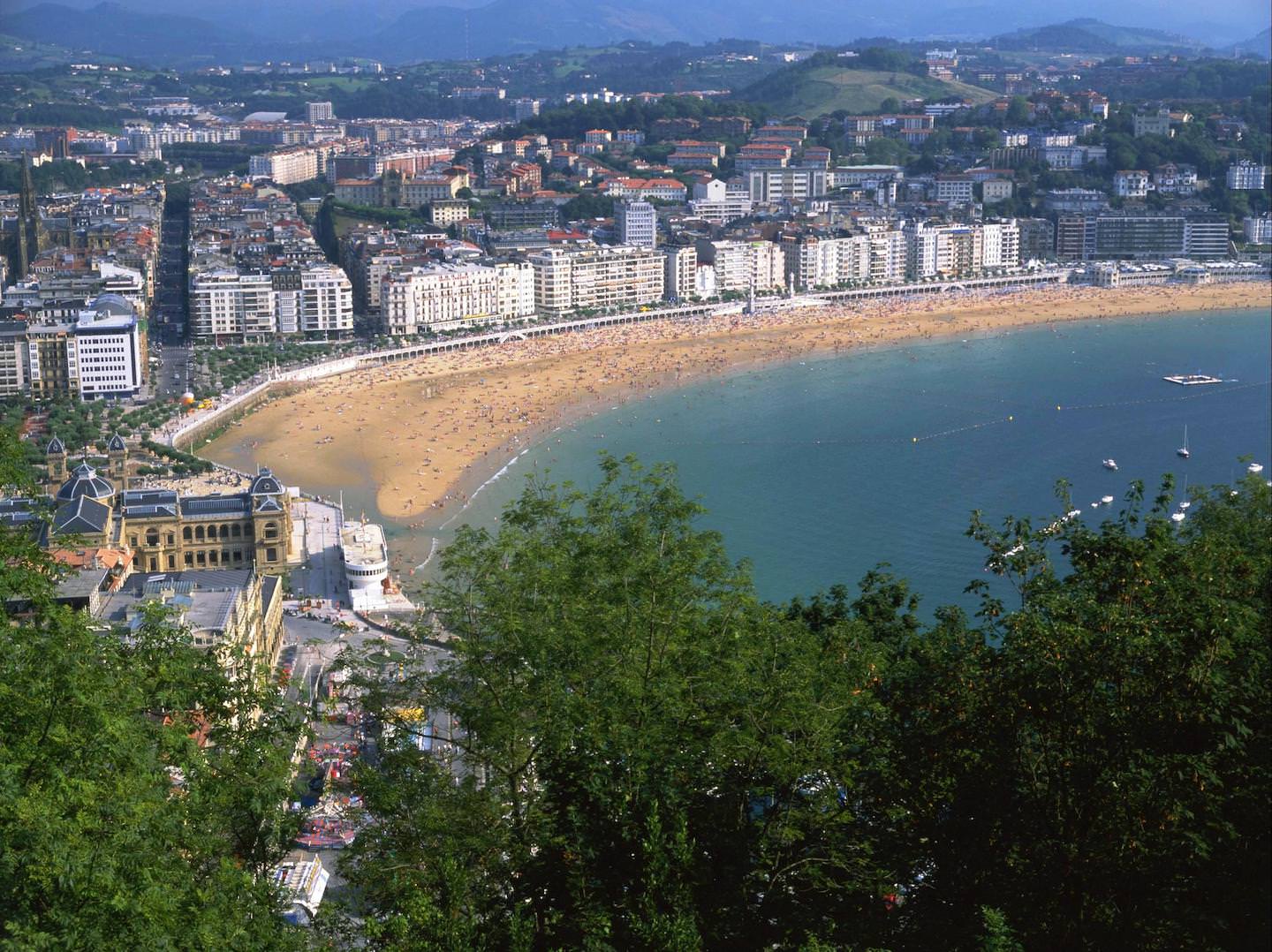 Andalusia and flamenco, rich in sunshine and passion

The Andalusia region on the Mediterranean coast is home to a region called Costa del Sol (“the sun coast”). Here, the sun shines year-round and locals enjoy a climate that’s always warm. Spain actually has the third highest number of registered World Heritage Sites in the world, after China and Italy. In particular, Granada—the ancient capital of Andalusia—has a large number of historical sites, including Alhambra Palace, the Generalife and the Albaicín District, that display the glory of the former Islamic kingdom that called this region home.

Ronda, a city resting on a rocky plateau 739 meters above sea level, feels like a natural fortress protected by the steep cliffs that surround it. The 150 meter-deep Ronda Valley runs from east to west and divides the city, and the Puente Nuevo bridge, which connects the old district in the south to the new district in the north, is treasured by the locals. This city is the hometown of Francisco Romero, who established the modern style of bullfighting, Spain’s national sport. The oldest remaining bullfighting arena in all of Spain, the Plaza de Toros de Ronda, is located in the center of Ronda. 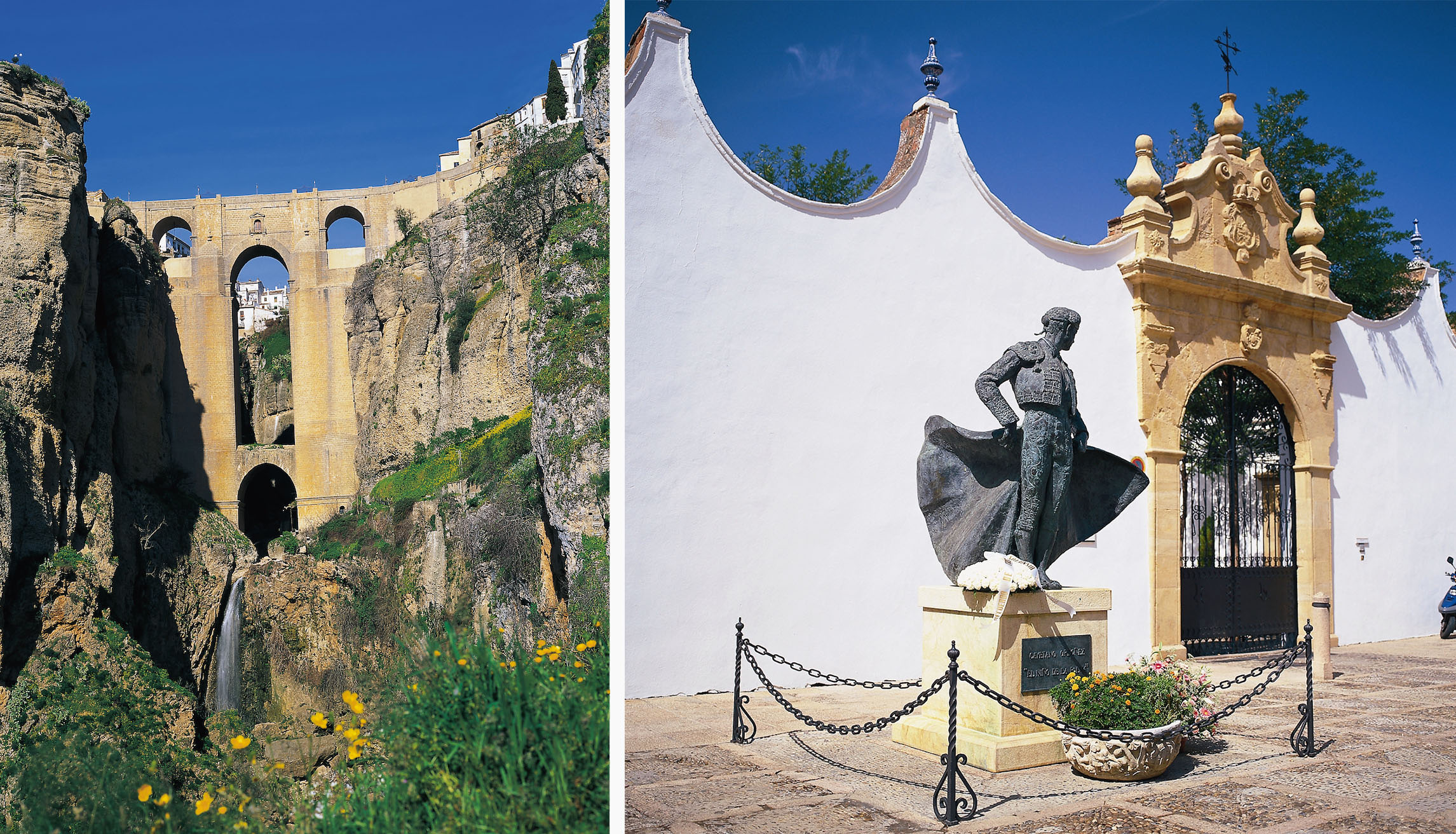 Flamenco is said to have origins in the traditional song and dance of the Roma people’s homeland, who migrated from distant Asia to Andalusia. In the mid-19th century, the “café cantante” was created as a style of bar where both locals and tourists could enjoy flamenco. This subsequently developed into the “tablao” (a music café from the golden age of flamenco), a place where people could appreciate flamenco alongside a meal. These tablaos spread all over the country. Flamenco, which expresses powerful human emotions like joy, suffering and anguish, also celebrates the beauty of life, and is a special part of Spanish culture that physically conveys the passion of the Spanish people.

Min-On has invited many dancers and musicians from Spain to perform in Japan, including the Maria Rosa Spanish Dance Troupe (1977) and Teatro de la Zarzuela (1985).

Here, we would like to showcase the song “Tangos” from the Viva! Flamenco Festival in 2005, performed by musicians known for their outstanding charisma: Antonio Canales, Antonio Marquez and Joaquin Grillo. 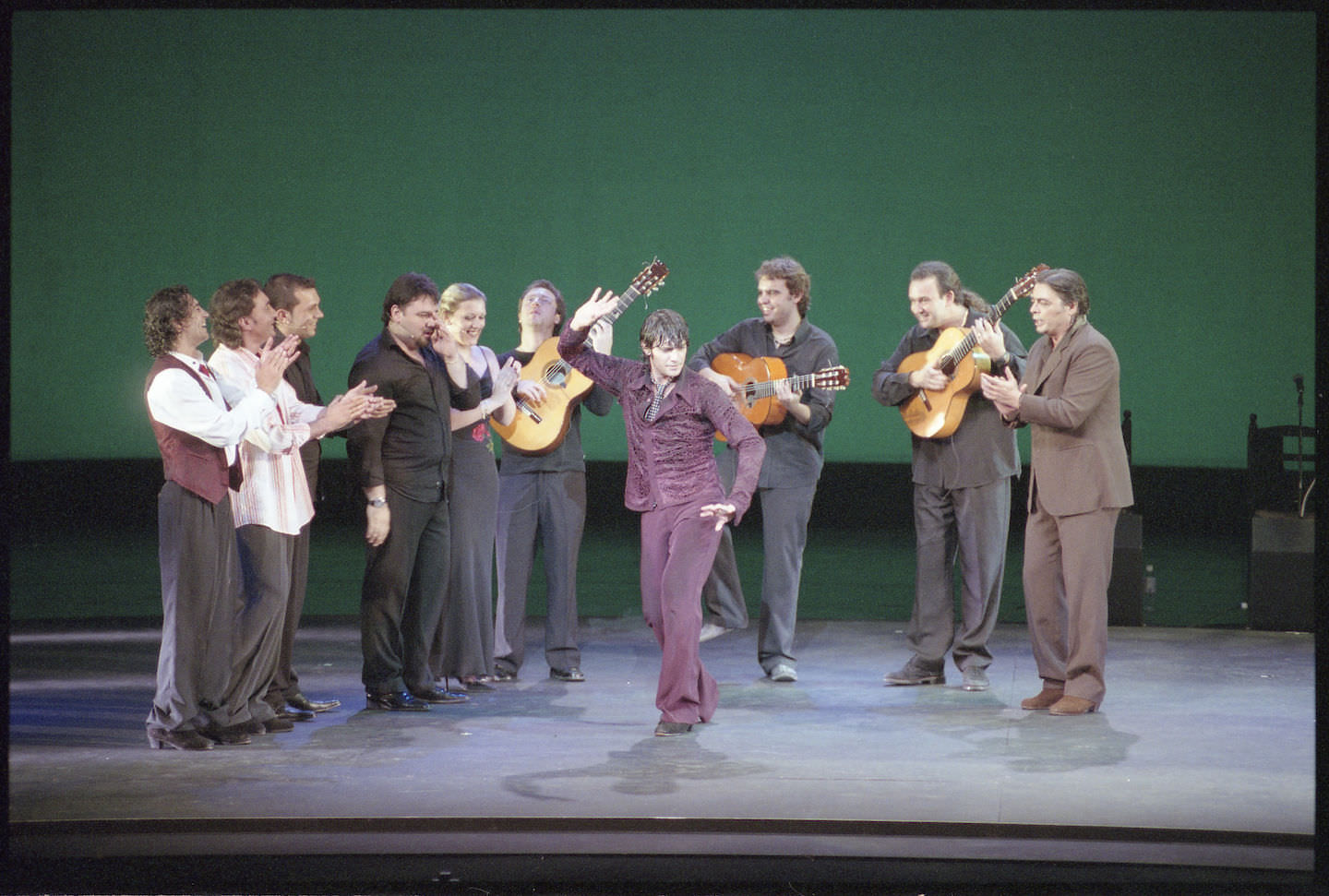 Next, please enjoy this performance of “Alegrías,” (“joy” in Spanish), a song brimming with flair and passion that originated in Cádiz, Andalusia, from the “Passion of Flamenco!! 2019” concert.

Musicians Recommended by the Embassy of Spain

We would like to introduce performances by musicians recommended by the culture department of the Embassy of Spain in Japan.

This cello player from Madrid has held positions as a teacher at the Conservatory of Music of Salamanca, head cellist of the Spanish Radio and Television Symphony Orchestra and professor at the Katarina Gurska School of Music. He has also won many prizes at competitions.

Please enjoy this performance by Carlos Nunez, a vrituoso bagpipe player from Galicia, a Celtic area of Spain.

Please enjoy this performance by Rocío Molina, a dancer who preserves the traditional flamenco style while always finding ways to add new flourishes of her own. 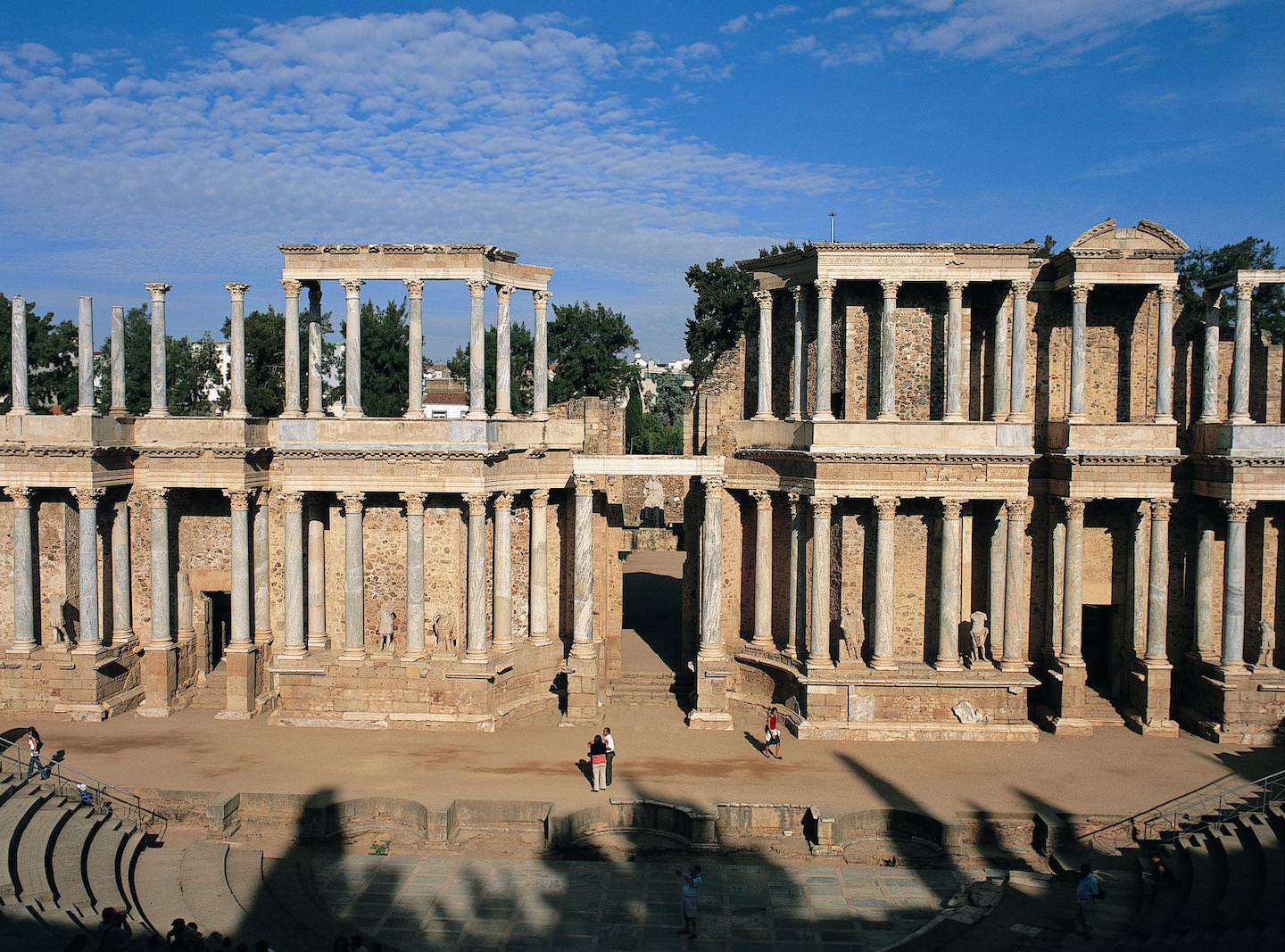 (Produced in collaboration with the Embassy of Spain. Photos provided by the Tourist Office of Spain.)