Welcome to Min-On’s Music Journey! Today, the Min-On Concert Association and Embassy of the Republic of Ecuador in Japan welcome you to Ecuador, located in the northwestern part of the South American continent. 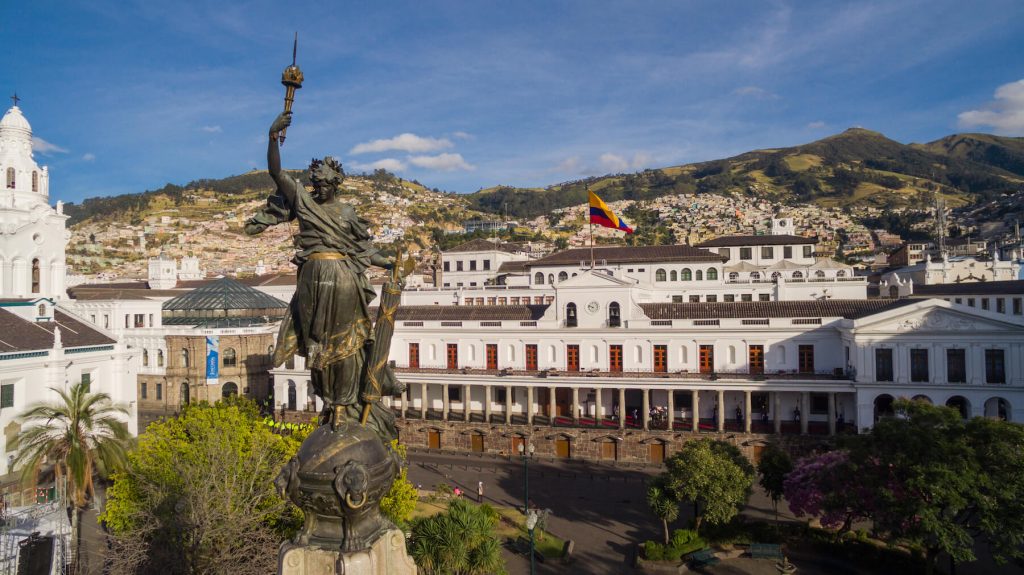 True to its name, which means “equator” in Spanish, Ecuador lies directly on the equator. Ecuador borders Colombia to the north, Peru to the east and south, and the Pacific Ocean to the west. The country is divided into three main areas by the Andes Mountains, which run like a backbone through Ecuador from north to south.

On today’s journey, lets travel to three places while enjoying Ecuadorian music: the capital of Quito, the port city Guayaquil and the Galapagos Islands.

Quito, the capital city closest to the equator

The capital of Quito lies right on the equator. Of all the capitals in the world, Quito is the closest to the equator, but because it’s located at the foot of the Andes Mountains, its elevation of over 2,800 m means it’s not especially hot.

Near the heart of the city sits the Monument to the Equator Park, or Ciudad Mitad del Mundo, which means “city in the middle of the world.” This site was specified using the surveying techniques of the French Academy of Sciences in the 18th century. There are many interesting things to see here, including measurement documents from that era, the Monument to the Equator and a museum.

There is a line on the ground leading up to the monument that demarcates the North and South Hemispheres, and it’s popular for visitors to take photos of themselves straddling the equator. One notable building is the Church of La Compañía, built over 160 years starting in 1605. It’s known for the no less than seven tons of gold used to adorn it, and is also called “the Golden Church.” It is both an important place of worship for the people of Quito and a popular sightseeing destination for visitors.

The city of Otavalo on the outskirts of Quito is home to many of the indigena (indigenous people) called the Otavalo. The Saturday open-air market held here is famous for abundant offerings of food, daily necessities and traditional handicrafts, making it an essential place for the locals. 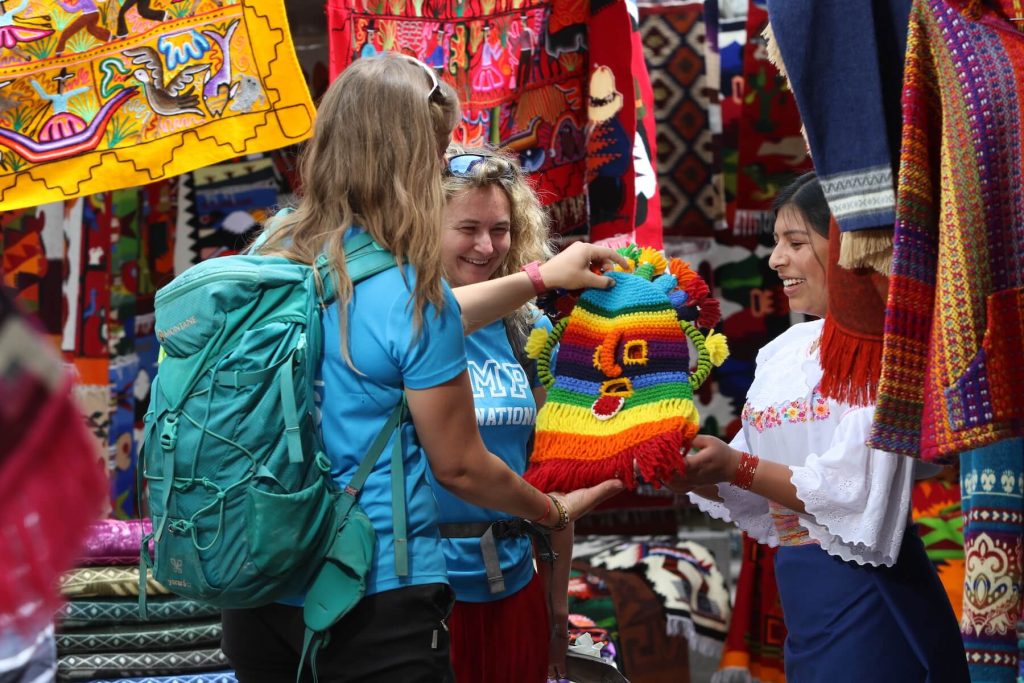 One of the most eye-catching features of this massive market covering one-third of the city are whole-roast pigs. The sumptuous pork is sliced and served in generous portions with vegetables as a dish called hornado. This local specialty includes crispy pig skin—a fresh and natural delicacy. 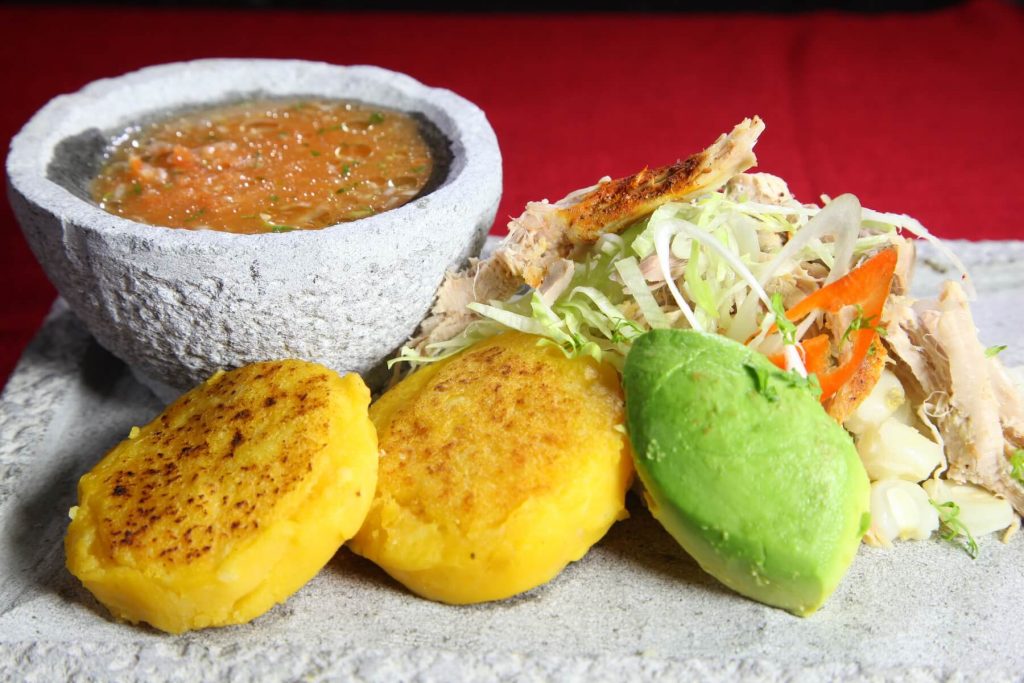 The Otavalo people have been known since ancient times to have outstanding textile production techniques, and their beautiful, colorful national dress is popular even today. The white blouse of the national dress is adorned across the chest and shoulders with floral beads and hand-stitched embroidery. Of course, they are available for purchase at the market.

Guayaquil lies on the shore of the Pacific Ocean. As Ecuador’s largest port, the city is the country’s center of business and commerce. The year-round mild climate, beautiful sea and delicious food also make it a popular travel destination.

The many tantalizing attractions of Guayaquil

The city’s largest attraction is Seminario Park. A huge number of iguanas live in the park, earning it the nickname “Iguana Park.” The iguanas here are used to human contact, and visitors can touch and play with them to their heart’s content. This is an irresistible location for reptile lovers. 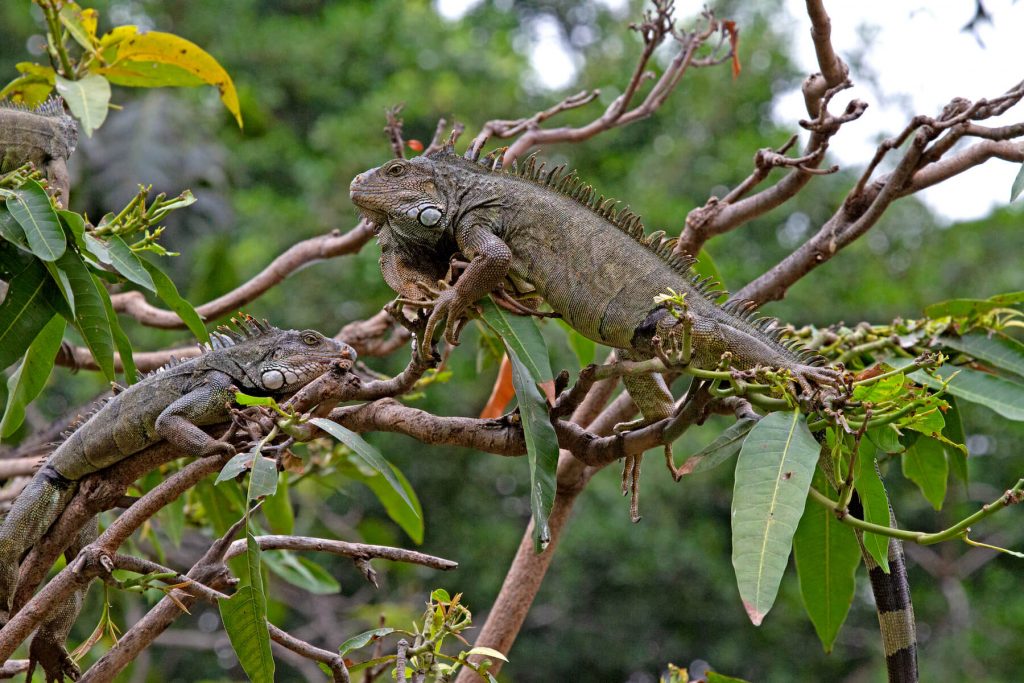 The area surrounding Iguana Park includes a number of other great locations within walking distance, like the “Malecón 2000,” a modern area packed with large commercial establishments and an amusement park, as well as Santa Ana Hill, which offers 360-degree views of Guayaquil, and many more. 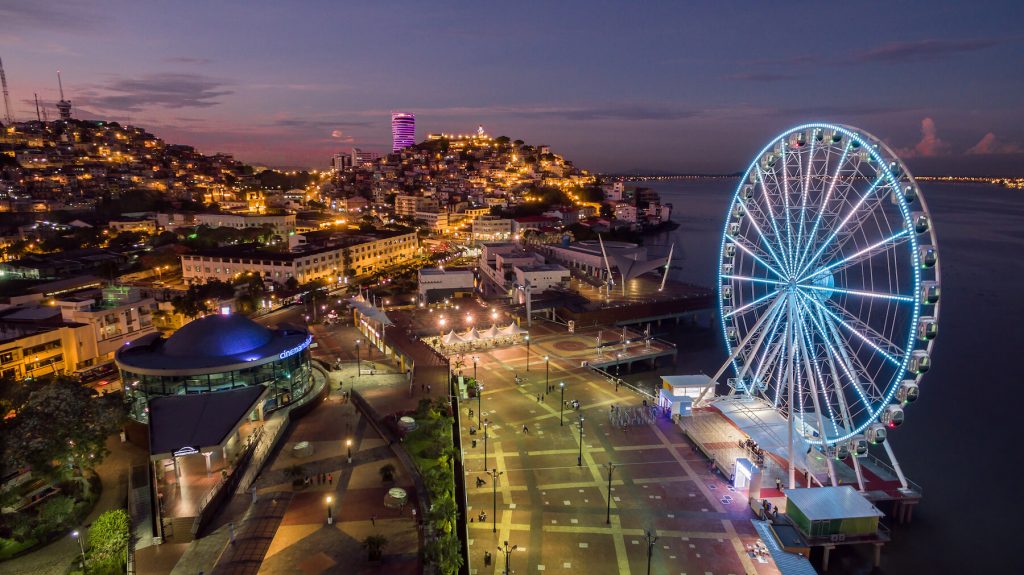 Guayaquil is also Ecuador’s leading city in terms of cuisine, thanks to its easy access to high quality seafood. That said, restaurants here specialize in more than just seafood, including many traditional dishes made with a wide variety of ingredients.

Ecuador is one of the world’s top producers of bananas, and tostones, fried banana slices, is a popular dish. The twice-fried tostones are most commonly sprinkled with salt and eaten like potato chips.

Other traditional dishes include arroz con pollo, a chicken and rice dish including vegetables, cumin and other spices, and locro, a traditional soup from the Andes region made with potatoes and cheese.

After dinner, we recommend espumilla de guayaba, a sweet dessert made from guava juice and whipped egg whites. Whipped to a lovely color and decorated with strawberries, it looks like beautiful ice cream, but the texture is actually fluffy like meringue. Ecuador is a large producer of guavas, making for abundant fresh guava juice. Perhaps contrary to its initial appearance, espumilla de guayaba is known for its refreshing, gentle flavor. The Galapagos Islands and their unique ecosystem

The Galapagos Islands lie about 1,000 kilometers west of Ecuador’s mainland in the Pacific Ocean. They are known for their unique ecosystem, which inspired renowned scientist Charles Darwin to develop his theory of evolution. The 127 islands of vastly different sizes span a 200-km-area of the Pacific Ocean. Just like Quito’s Old Town, UNESCO registered these islands and the sea around them as one of the first World Heritage Sites. 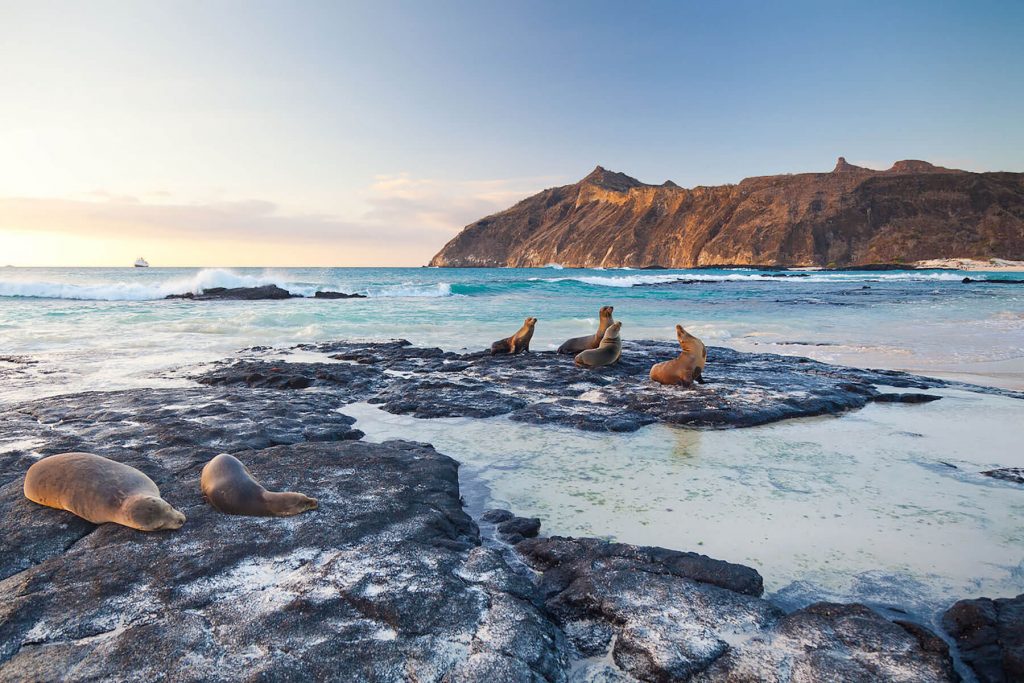 A trip to the Galapagos Archipelago is usually made by plane from the capital of Quito, or Guayaquil.

After all, the charm of the Galapagos Islands is the tremendous diversity of living organisms you can find here. The islands are also home to the oldest surviving species of reptile, the Galapagos giant tortoise. It’s also the world’s largest land turtle, reaching over 1.5 m in length and 250 kg in weight. 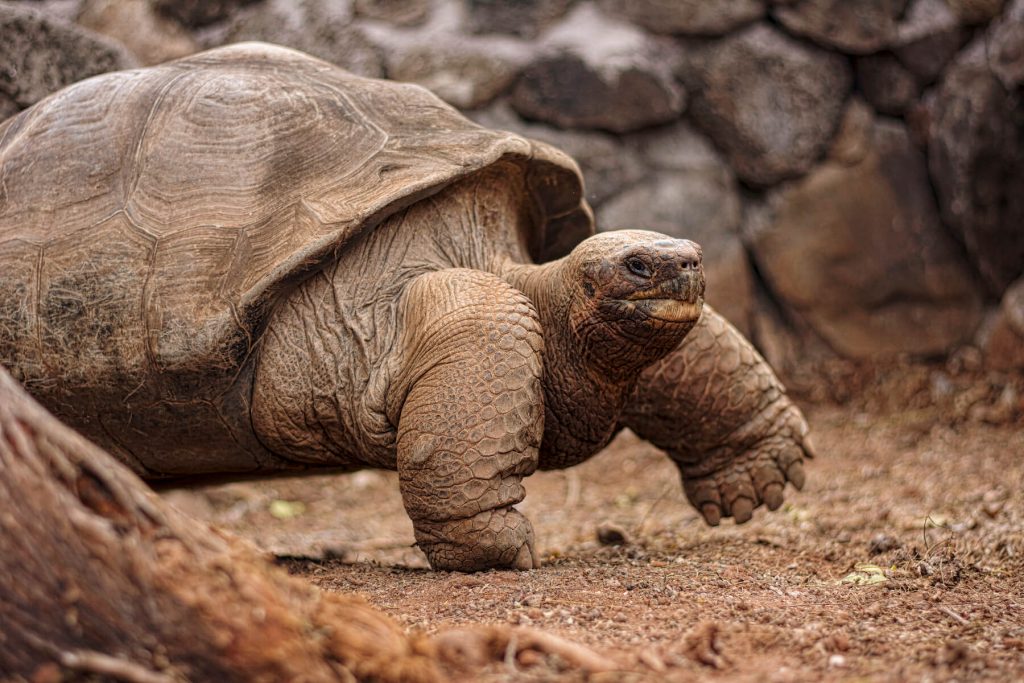 About 5,500–6,000 other rare species of plants and animals are scattered across these islands, like the marine iguana that dives into the water to eat seaweed, the blue-footed boobies with their trademark bright blue legs and the Galapagos penguin, the only species of penguin inhabiting the Northern Hemisphere.

The music culture of Ecuador

Ecuador’s musical culture includes a diverse array of genres. In the mountains, the sound of Andean musical instruments like the quena and zampoña are common, while the coastal regions are known for influences from Caribbean music like merengue and salsa.

Additionally, UNESCO registered Ecuadorian marimba music as an Intangible Cultural Heritage, as part of the traditional songs and dances of Colombia and Ecuador. The marimba is an instrument similar to a xylophone, but the tone is softer, giving it a compelling warmth.

With a wide range of five octaves, it also has a wide range of expression, able to convey both delicate and passionate music. This versatility allows the marimba to convey many genres, including ethnic music, pop and classical. The Min-on Music Museum houses an Ecuadorian marimba in its collection.

A souvenir for your trip: a toquilla hat

The toquilla hat is a hat woven from Ecuadorian toquilla straw. The hats are known to be carefully woven one-by-one from this high-quality natural fiber using sophisticated traditional weaving techniques. It can take up to six months to complete a high-end hat. 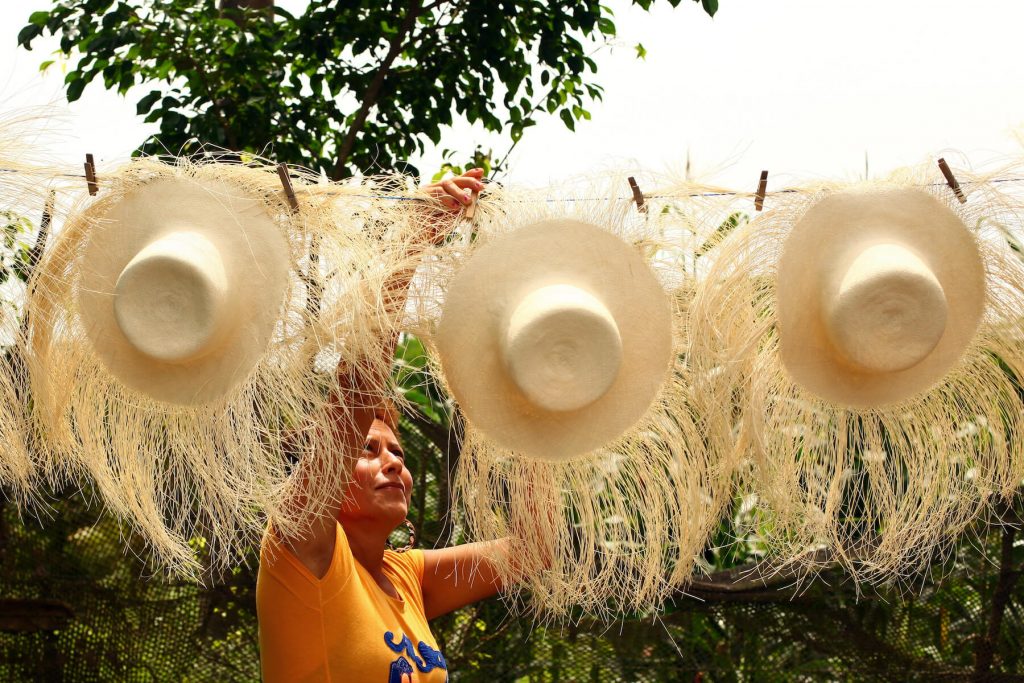 The exceptional quality of the light and durable toquilla hat is acknowledged across the globe, and UNESCO registered it as Intangible Cultural Heritage in 2012. In other countries, though, the hats are widely known as “Panama hats,” which is a misnomer.

This misnomer developed because many people who helped build the Panama Canal—a project that drew eyes from across the world—wore toquilla hats from Ecuador. In truth, the toquilla hat is a fundamentally Ecuadorian traditional item passed down throughout history to the present day.

In contrast to a typical straw hat, the toquilla hat pairs well with almost anything, from casual clothes to a suit. On your journey to Ecuador, why don’t you try finding one with a design that suits you?

Min-On held the cultural lecture featuring SISAY in 2019 to commemorate the 100th anniversary of the diplomatic relations between the Ecuador and Japan. The Ecuadorian band SISAY is an indigenous South American group with members of Native American and Imbayas Nation ancestry. SISAY means “blossoming” in the group’s native language, Quechua. SISAY is the chief ambassadors for Ecuadorian and Andean music in Asia, with some of the members calling Japan home for over 25 years.

In closing, we would like to introduce musicians recommended by the Embassy of the Republic of Ecuador in Japan.

What did you think of your music journey to Ecuador? There are still many more places to go! Please look forward to our next destination.

(Produced in collaboration with the Embassy of the Republic of Ecuador in Japan, who also provided photos.)