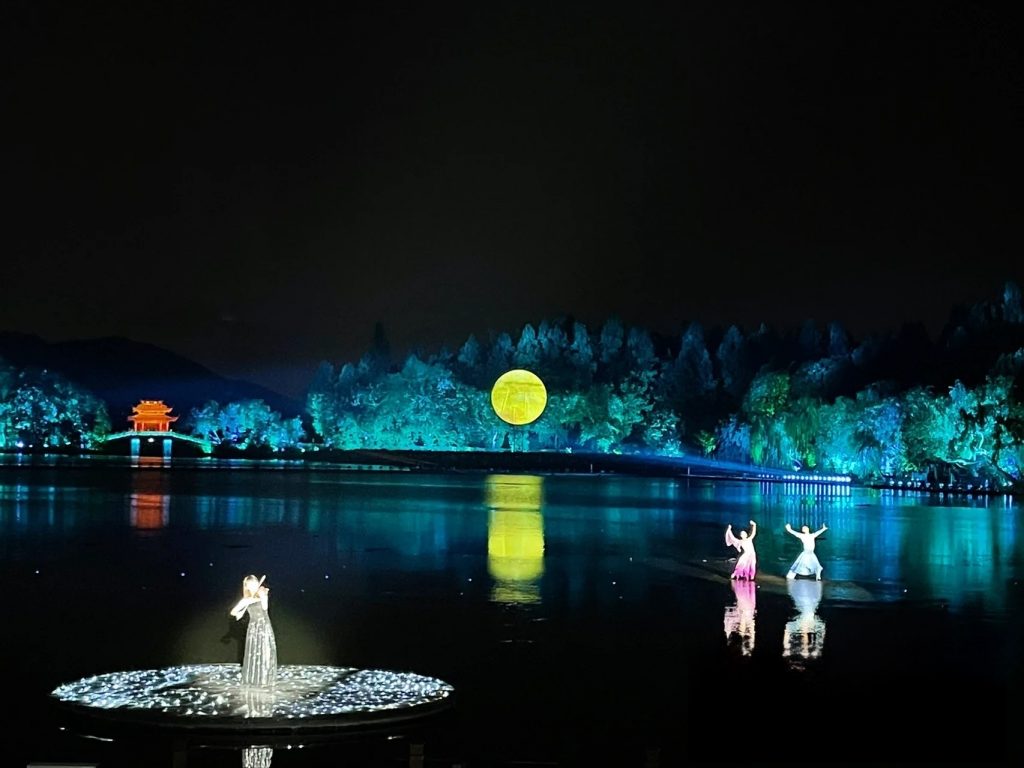 With population of about 1.4 billion people, China continues to boast the world’s largest population—as it has for hundreds of years. It has a massive presence on the international scene, as well as a deep historical relationship with Japan. 2022 will mark the 50th anniversary of the normalization of diplomatic relations between the two countries.

A rich culture has taken root in this vast land, built over its long history of over 4,000 years. Today, though, we will focus on modern China, taking a closer look at the lifestyle and culture of the Chinese people today.

Our journey today will begin with “Luo Shen Shui Fu,” an underwater performance that gained a lot of attention last year, both in China and the rest of the world. Please enjoy the mystical world created by the combination of the dance and the captivating motion of the dancer and her costume as it floats through the water.

Guochao is the word that symbolizes modern Chinese culture. Guochao has a variety of connotations, but in short, it represents “a style that blends modern trends and traditional Chinese culture.”

Guochao started to pick up steam in 2018, mainly among young people born in the 1990s and 2000s (in other words, Generation Z). In China, Generation Z numbers over 300 million people, making it an especially influential domestic consumer group.

This generation tends to have an avant-garde, flexible set of values and prefers to support domestically produced goods. They possess the power to create a new culture.

The latest fashion trends combine traditional Chinese elements. The trend of rejecting neither and instead accepting both—and giving rise to something great as a result—is characteristic of the culture among modern Chinese youth. 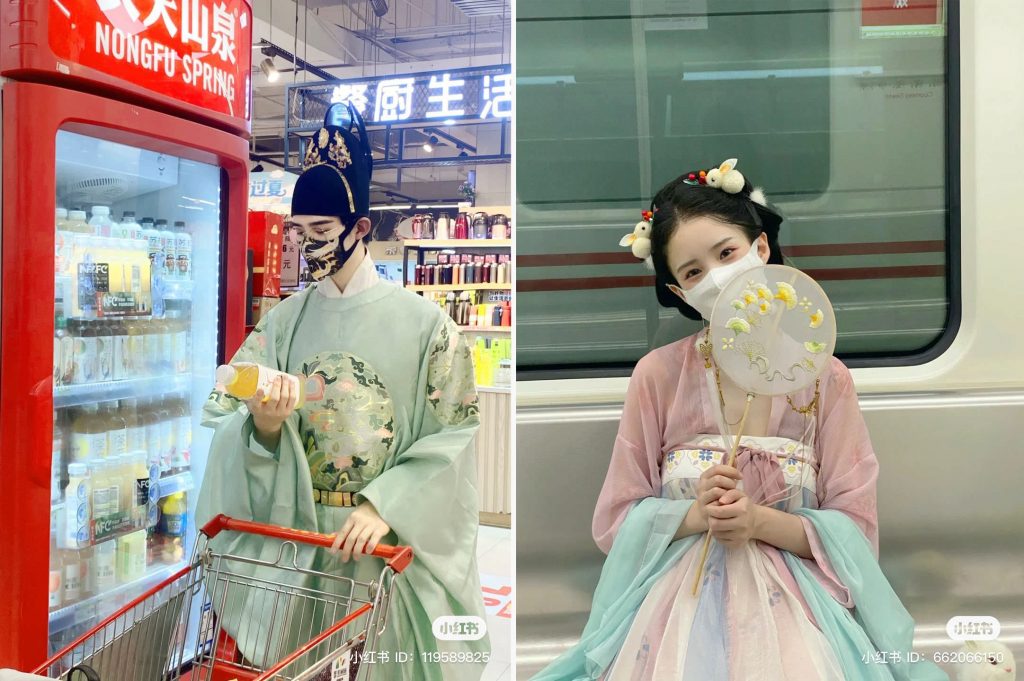 Entertainment on a grand scale

Chinese entertainment is known for its large scale and high quality. We hope you get a sense of this aspect of Chinese culture through these examples.

Movies: Massive scale, with sets as large as a replica of the entire Shibuya Scramble Crossing

In China, a lot of effort is put into the promotion of movies, and the Chinese movie industry continues to grow, having become the largest in the world in terms of box office revenue in 2020.

Dramas: Producing one hit historical drama after another

The 2012 drama “Empresses in the Palace (original title: Zhen Xuan Yun)” was such a huge hit that it was said that the streets were empty whenever it was showing. Hengdian World Studios (Zhejiang Province), where the drama was filmed, is the largest movie studio in the world, making it a popular tourist destination. ()They’ve also created other hit productions with grand historical themes, making them popular not only in China but also abroad.

During Chinese New Year in 2021 and 2022, videos of “China-chic dance” caused a buzz on social media and beyond. Until then, Chinese dance was developed by incorporating Western elements like ballet. China-chic dance, on the other hand, is inspired by ancient Chinese art and culture. The “Luo Shen Shui Fu” dance we saw at the start of our journey is one example. The performance uses a legend passed down over thousands of years as a foundation, and builds on it with graceful choreography and skilled videography, making it a key example of guochao.

Another representative example of China-chic dance is the interpretive dance “Zhi Ci Qing Lu.” It was inspired by “A Thousand Li of Rivers and Mountains (original title: Qianli Jiangshan Tu)” a classic Chinese painting by Wang Ximeng (1096–1119). It’s especially known for its new dance move where the dancers bend backwards at 90 degrees. The move is known as “blue-green waist,” and both it and the dance have gone viral in China. 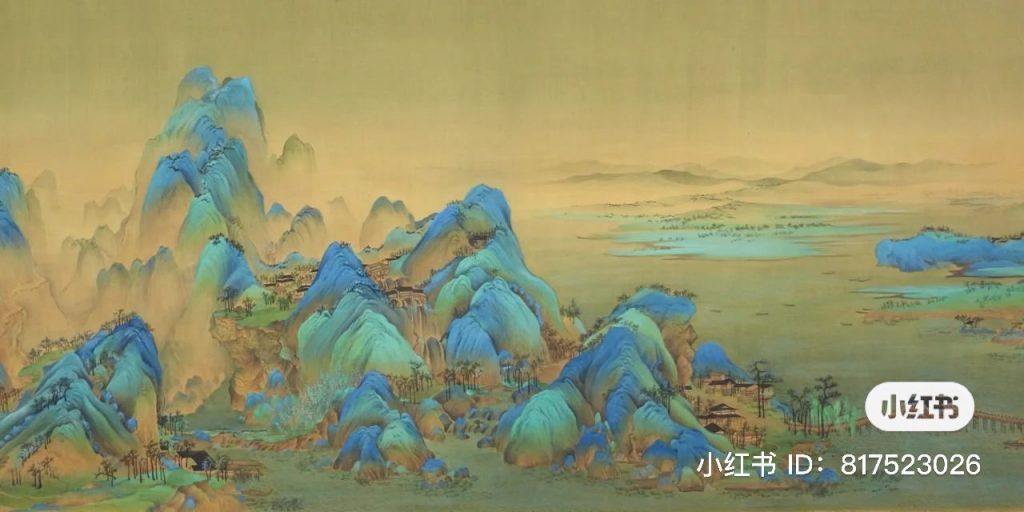 The unique development of social media

The Douyin app, where anyone can post short videos

Douyin is an app for posting and watching 15–30 second videos. The short-form video app TikTok, well-known all over the world, is actually the international version of Douyin. In addition to videos, it has chat and social media features as well as a shopping feature. It’s an all-purpose app that is used by nearly half of the Chinese population.

One of its main features is its automatic recommendation system, which uses AI to automatically present a video based on a user’s interests. As a result, sometimes even a video from a creator without many followers may get a lot of views overnight depending on the topic.

RED, the app that lets you do everything from posting photos to shopping

RED is a Chinese e-commerce app. It not only lets you shop, but also includes features for word-of-mouth sites and social media. The selling point of the app is the speed of ordering: when you see something you like in a photo or video, you can order it right in the app. In short, it’s Instagram with an online shopping feature.

Of course, you can also just enjoy looking at the posted photos.

Qiandao Lake in Zhejiang Province and Hongcun in Anhui Province

Guochao has also had an effect on how and what Chinese people eat.

The frog and crawfish trends

Awareness around maintaining one’s appearance and good health has been rising in modern China. As a result, frogs, which contain high-quality protein and fat, have been gaining in popularity. The soft texture of the meat is similar to chicken. A stir-fried and then boiled dish called “tan huo wa guo” has grown popular, especially among young people.

Here is another example of popular food among young people. In China, lobsters were originally favored as a luxury food. About 20 years ago, people began to eat the similar-looking crawfish, which caught on thanks to its affordable price. Crawfish are called “xiao long xia” or “small lobsters,” from “long xia,” the Chinese word for lobster.

Delicious desserts that look great, too

One sought-after dessert in China is “cheese milk tea.” A mixture of fresh cream, cheese, rock salt and other ingredients is served on top of almost any kind of tea, allowing you to savor a unique blend of sweetness, saltiness and bitterness. Adding fruit on top of the cheese tea has also become popular.

This use of tea, which has existed in China since the ancient times, with new flavors, served in a cup with traditional designs, is another example of guochao. 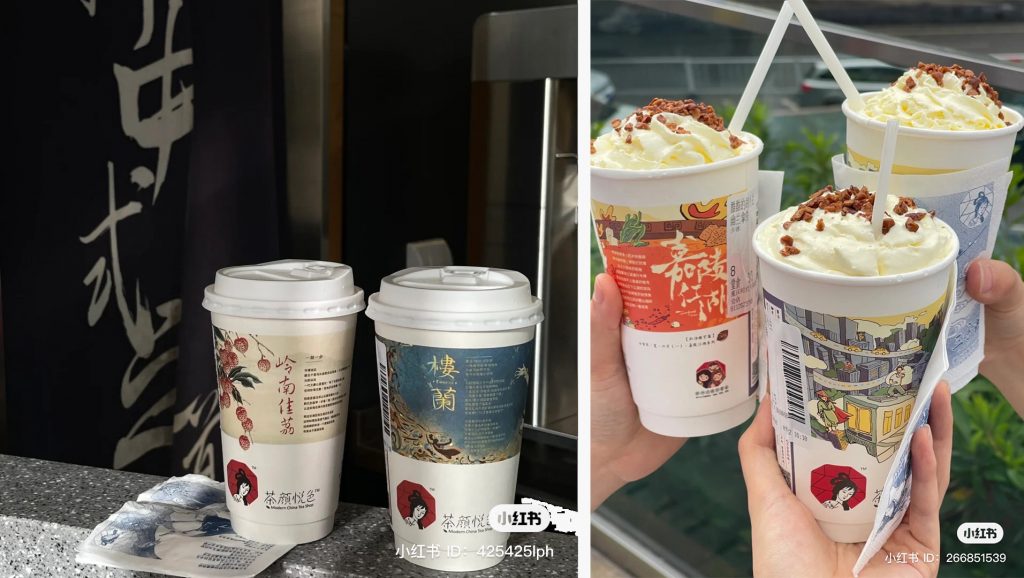 Since hosting the Beijing Artist Troupe in 1975, Min-On has held many Chinese cultural exchange events, including concerts of the Oriental Song and Dance Company, the China National Peking Opera Theater, the China National Acrobatic Troupe, and more. 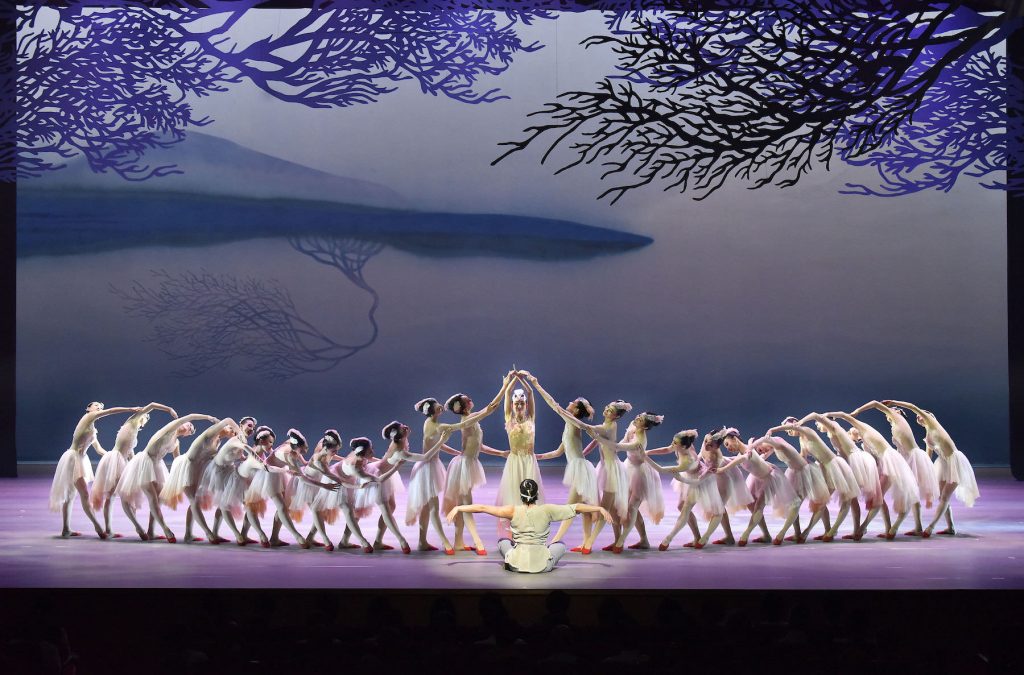 China-chic music is a genre that is gaining popularity within China. Its defining trait is, as the name suggests, the way it uses the instruments, melodies and lyrics that carry the essence of traditional China as a base while including elements of pop and electronic music.

For example, the musician may include lyrics that use traditional Chinese poetry as a motif, or create tunes that incorporate Western instruments or melodies into arrangements that include traditional instruments like the erhu, Chinese drum or guqin.

A variety of C-pop musicians

C-pop is popular in China and involves a number of popular musicians across a wide variety of genres. On today’s journey, we’d like to introduce some of the most well-known musicians and their music.

A young Chinese singer famous for his high, clear voice. He has sung songs that appear in several TV series and animated movies, including “Big Fish,” the iconic song for the Chinese animated movie, Big Fish & Begonia.

Song 2: Always with Me (Japanese cover)

Her song “Cuo Wei Shi Kong” was a big hit, especially on social media. Many singers have covered the song, including some Japanese singers.

Over the course of her career, she has earned awards not only in mainland China, but also in South Korea and Singapore. She is also an actress.

Making his debut in 2009, he is a leading musician in the Chinese folk song scene. In addition to his hit song “Chengdu,” he is also known for “Southern Girl” and “Painting,” among others.

Eason is hugely popular in greater China, ranking in the China Billboard 2010 eight times. This song is the theme song of the Chinese version of Arcane.

Jay is an international singer active in China, Japan, Korea and Southeast Asia. He sings in a wide variety of genres including rap, ballads and pop. He also composes and works as a music producer.

Known for their lively melodies and romantic lyrics. The most popular rock band in modern China.

Rapper known for creating “C-Trap,” a fusion of trap and traditional Chinese music.

Making his debut in 2013, this rapper has won the Best Rap Album Award.

This seven-piece pop group debuted in 2019.

Souvenirs for your trip: Chinese makeup and mooncakes

The cultural aspects of guochao are easiest to understand in Chinese makeup. The beautifully designed eye shadow and lipsticks by makeup brand “Florasis” are popular not just in China but also abroad, including Japan.

Mooncakes are another must-buy souvenir. Chinese people eat this dessert to celebrate the harvest moon, and they’re something the locals bring when they go to visit their friends and loved ones.

In closing, please watch “Tang Gong Ye Yan”, a dance that depicts the Tang Dynasty with a modern twist. It is considered China-chic dance because the dancers express the Tang Dynasty in a comical way. For example, instead of focusing exclusively on traditional beauty, the maidens are portrayed as pudgy.

Look out for their unique makeup and costumes and comical expressions.

What did you think of your music journey to China?

(Produced in collaboration with Embassy of the People’s Republic of China in Japan.)