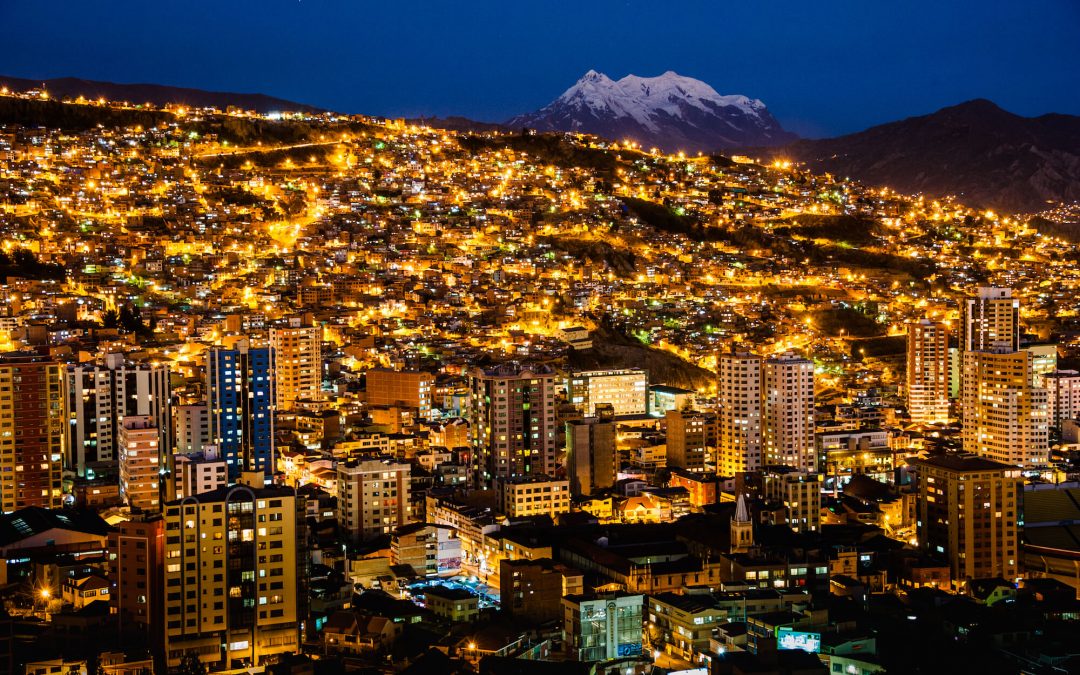 Welcome to Min-On’s Music Journey! Today, the Min-On Concert Association and Embassy of the Plurinational State of Bolivia in Japan welcome you to Bolivia in the middle of South America. 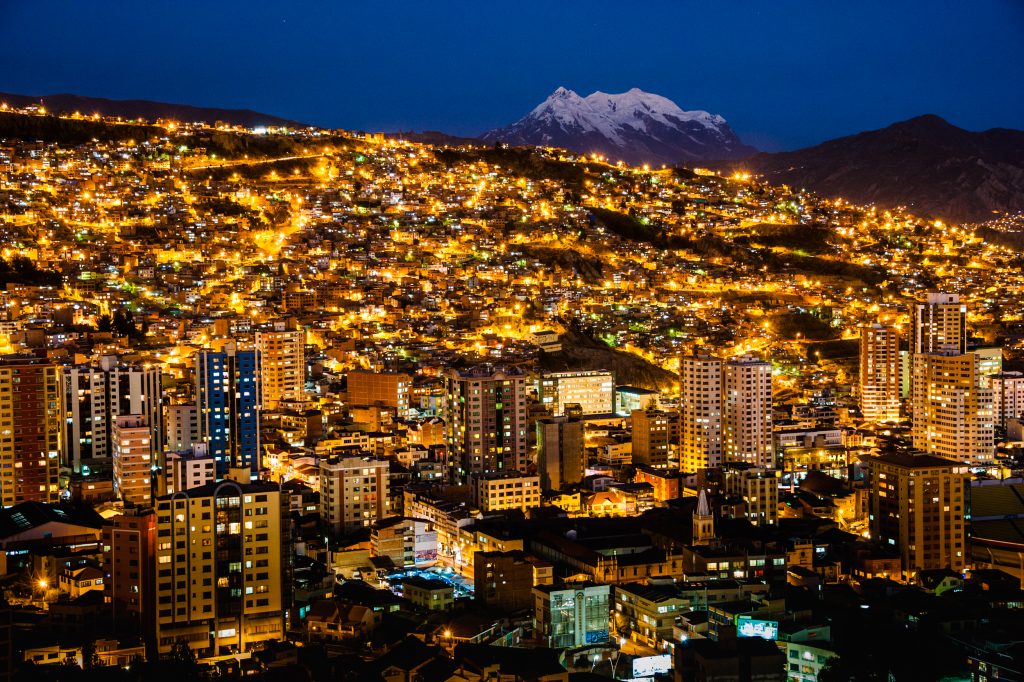 Bolivia is a landlocked country surrounded by five other countries and, it is notable for having an especially high proportion of indigenous peoples.

The music of the Andes region (Andean folkloric music) originally spread primarily throughout Bolivia. Today, it remains an element of local culture with strong indigenous elements. To begin our journey, please enjoy “The Condor Flies By” an iconic piece of Andean folkloric music performed by Anata Bolivia during their concert at Min-On in 2010. Min-On has invited this Bolivian folkloric group to perform in Japan many times.

The capital of La Paz, the city in the clouds

Bolivia’s constitutional capital is Sucre in the South, but most of the government offices have been carried out in La Paz to the West ever since central political and administrative offices moved there in 1900. Because the city center of La Paz is located at 3,600 meters above sea level, on par with the peak of Mt. Fuji, it has earned nicknames like “The City in the Clouds” and “The World’s Highest Capital”.

La Paz lies in a bowl-shaped mountain valley. Looking down at the city alongside the surrounding 6,000 meter-high Potosi Silver Mines (Huayna Potosi Mountain) and Mount Illimani, it looks like a modern city floating in the clouds. 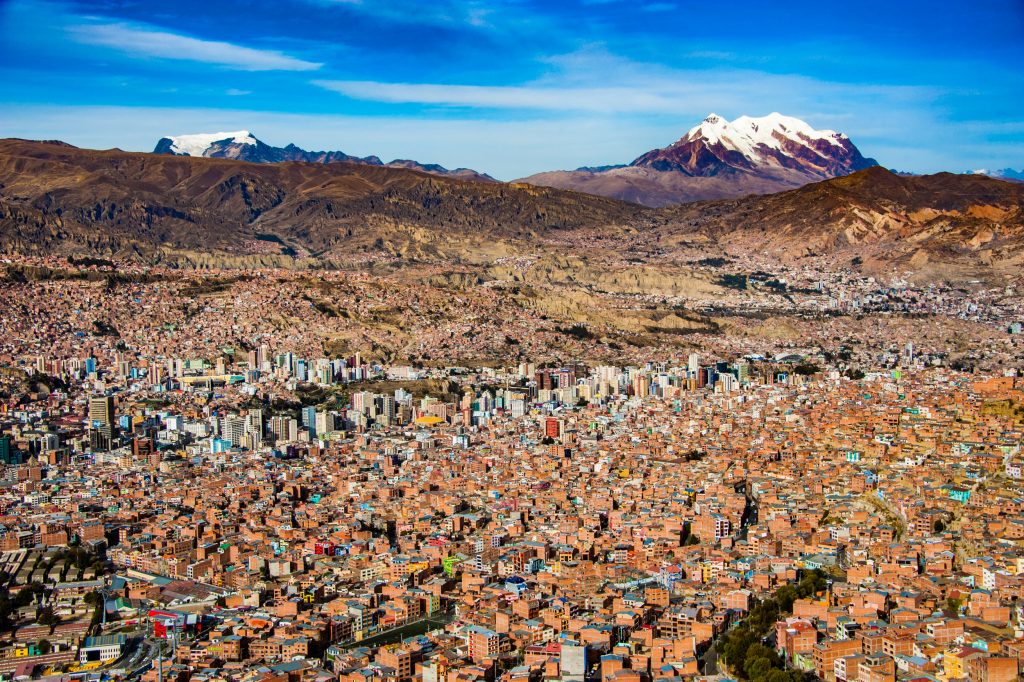 The main ways of getting around in La Paz are by bus and by cable car. First, make your way to Plaza Murillo, where you can see the Plurinational Legislative Assembly, Casa Grande del Pueblo (Presidential Palace), Cathedral of La Paz, the national museum and more. Traversing the city, visitors can get a sense of both the historical and modern ways of life in Bolivia. 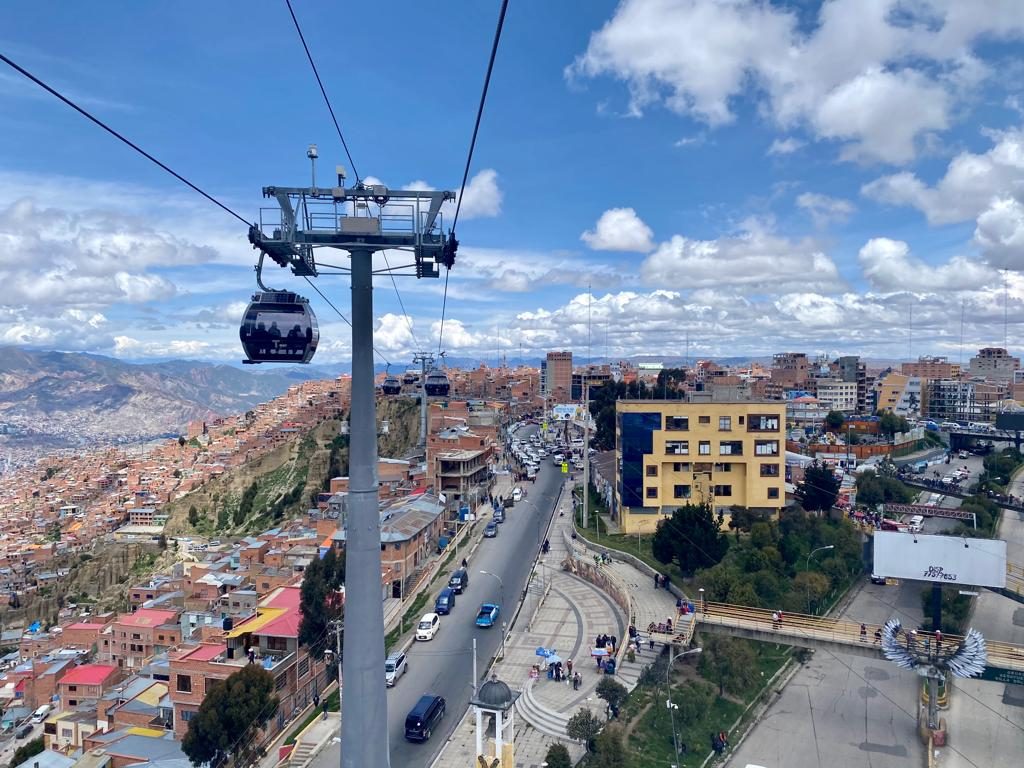 The landscapes and World Heritage of Bolivia

Bolivia is blessed with a varied natural environment, including the Andean plateau, sprawling tropical rainforests and savannas in the lowlands. Let’s set out from La Paz and take a tour of the must-see natural landmarks of Bolivia.

As we venture forth, please listen to “Fountain” from the same Anata Bolivia concert as above.

When you think of nature in Bolivia, the first thing likely to come to mind is the incredible scenery at the Uyuni Salt Flats. The Uyuni Salt Flats lies in southwestern Bolivia at an altitude of 3,700 meters, and it is surrounded by the Andes Mountains. It’s accessible via bus, train, or plane from La Paz.

The Uyuni Salt Flat is called the “sky mirror” for the breathtaking scenery created by the reflection of the sky that continues as far as the eye can see. This scenery is made possible thanks to this area being the flattest place in the world. It has a difference in elevation of a mere 50 cm across an area spanning 100 km from North to South and 250 km from East to West.

Laguna Colorada is a shallow saline lake in a massive nature preserve in the southwest. This lake lies at an elevation of 4,278 meters, with an area of about 60 square kilometers, and is famous for its red color that comes from the algae and plankton in the water.

The stunning contrast between the red water, the beautiful blue Andean sky and the sparkling white shore coated with salt create a landscape that can’t be found anywhere else on earth. Laguna Colorada is also a valuable habitat for flamingos and is registered in the Ramsar Convention.

The deep ties between Okinawa and Bolivia

In the Santa Cruz Province of central Bolivia, there is an area called Colonia Okinawa (Okinawa Village). Okinawa Prefecture in Japan and Colonia Okinawa in Bolivia are the only places in the world that bear the name “Okinawa.” As you might guess, this village has a deep connection with Japan. 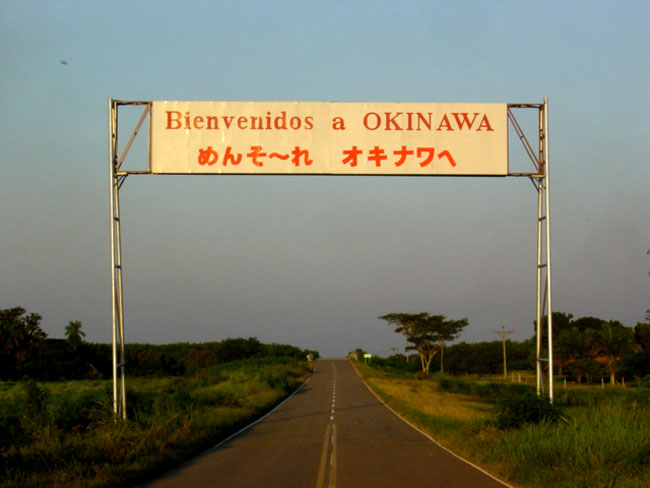 Immigration of Japanese citizens to Bolivia began over 120 years ago in 1899, but it was about 50 years later, after the Pacific War, that emigration from Okinawa began in earnest. As more Okinawans lost their land due to the war, Colonia Okinawa was created and began accepting Okinawan migrants thanks to the collaboration between Bolivia, the US and the Ryukyu Islands. Here, Okinawan customs and cuisine have taken root thanks to the continued heritage of Bolivians of Japanese descent who value this link connecting the two countries. Please enjoy this performance of “My Santa Cruz” by Anata Bolivia, a song that celebrates the city where Bolivia and Japan share solid friendship ties.

Traditional Bolivian culture and the “Carnival of Oruro”

As we mentioned at the start of our journey, indigenous culture is still prominent in many forms throughout Bolivia. A typical example is the cholita, a style of traditional women’s attire. It’s represented by a bowler hat atop braided hair, a fluffy, voluminous petticoat and a brightly colored shawl paired with a colorful skirt called a pollera.

The musical culture of Bolivia developed through a fusion of traditional music created by the indigenous Bolivian people with Spanish string instruments and rhythms introduced by African immigrants. Traditional instruments include the siku (zampoña), a panpipe highly representative of the Andes, the tarka (anata), an end-blown flute, and the charango, a stringed instrument used heavily in Bolivian folkloric music.

Bolivian music is a quintessential part of the music festivals held throughout the country. The Carnival of Oruro is not only one of the largest festivals in South America, it has also been registered as Intangible Cultural Heritage. The Carnival hosts a parade featuring dancing, colorful costumes, and instruments like the siku, charango, drum, and fife. 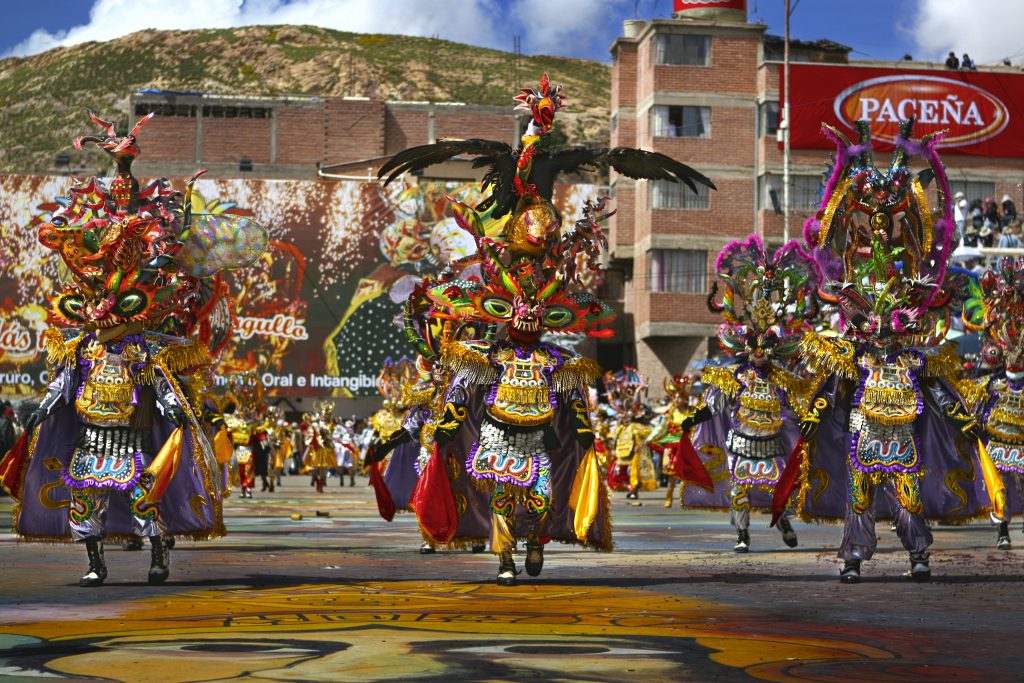 The Carnival of Oruro is held for a couple of days in February every year. During this time, the parade continues from morning until deep into the night, and participants enjoy many kinds of folkloric music and dancing.

In closing, we would like to introduce a musician recommended by the the Embassy of the Plurinational State of Bolivia in Japan. 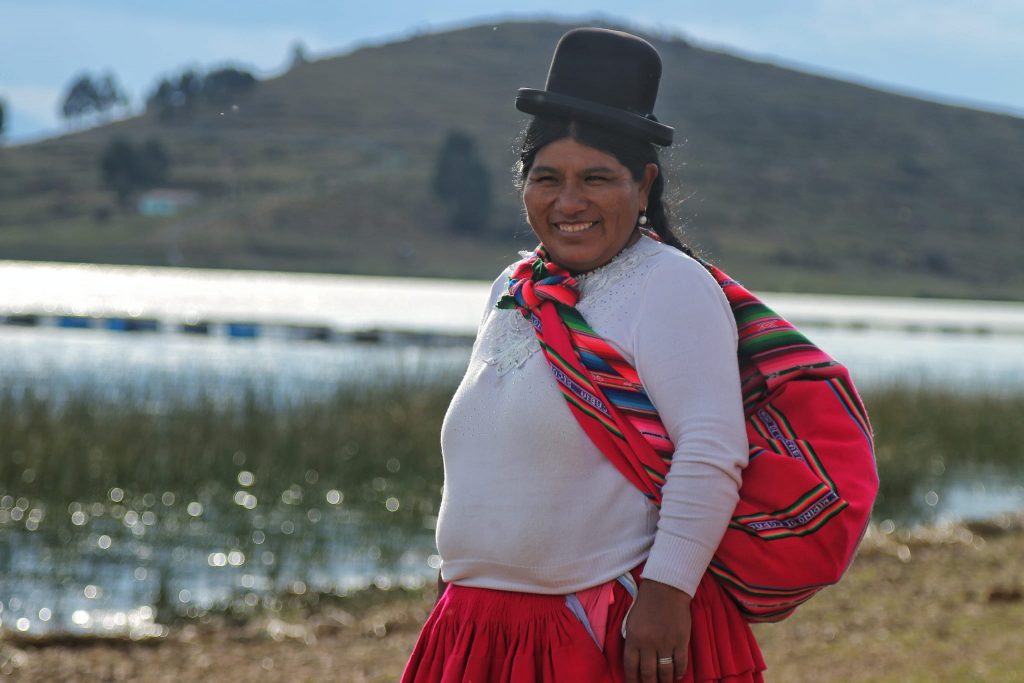 What did you think of your music journey to Bolivia? There are still many more places to go! Please look forward to our next destination.

(Produced in collaboration with the Embassy of the Plurinational State of Bolivia in Japan, who also provided photos).