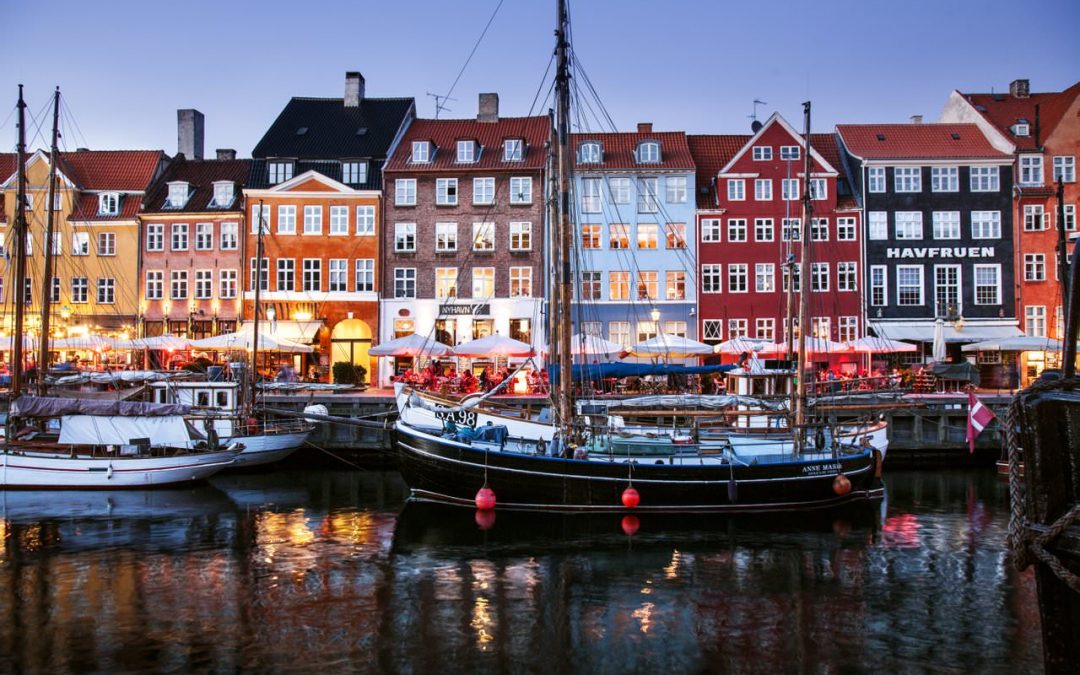 Welcome to Min-On’s Music Journey! Today, the Min-On Concert Association and the Royal Danish Embassy in Japan welcome you to Denmark, located in Scandinavia in Northern Europe. “Scandinavia” generally refers to the three countries of Denmark, Sweden and Norway, which have deep cultural connections. Because Denmark shares its southern border with Germany, Denmark also has strong historical connections with Europe.

Denmark consists of the Jutland Peninsula and 407 islands, 70 of which are inhabited. The country is known for its rich culture, eco-friendly thinking, Nordic gourmet cuisine and kind people.

Denmark is well-known as the birthplace of children’s author Hans Christian Andersen (1805–1875) and there are many places throughout the country connected to him. Today, let’s travel with HC Andersen in mind to a number of famous locations across Denmark.

The lifestyle of Denmark, the happiest country in the world

Denmark has ranked first many times in rankings of the world’s happiest countries. Many other countries have followed Denmark’s carefully designed social security system and affluent lifestyle as a model.

The term hygge symbolizes the lifestyle of the Danish people. Hygge means a cozy atmosphere or space, and it represents the Scandinavian way of spending time with people you feel comfortable around and taking time to relax.

Hygge can involve things like enjoying a delicious meal with family and friends or taking a moment to relax in the soft warmth of a candlelit room.

To enjoy hygge, it’s important to create a relaxing space. Two especially important elements are candles, fireplaces and other things that emit soft, warm light, paired with decor that encourages you to take a relaxing break.

Many famous interior designers and lighting designers got their start in Denmark. A few famous examples include Poul Henningsen, an architect and art critic, and Arne Jacobsen, who designed the swan chair and egg chair.

The unique, cute products of the Danish general store Flying Tiger Copenhagen are also widely popular throughout Europe and even in Japan.

The capital of Copenhagen, gateway to Scandinavia

Nearly 90% of Denmark’s population live in urban areas and about 25% live in Copenhagen, which means “merchant’s port” in Danish. The city links the islands of Sjaelland and Amager and is also connected to Sweden by the Øresund Bridge. The world’s most bicycle-friendly city

The perfect way to get around Copenhagen is a rented bicycle. Copenhagen aims to become carbon-neutral by 2025, and it has installed cutting-edge bicycle infrastructure throughout the whole city to help residents live a car-free lifestyle.

Specific initiatives include building dedicated roadways for bicycles, introducing a “green wave” system where traveling under 20 kmph will not trigger red lights during typical commuting hours, and installing trash cans tilted at an angle to make it easy to throw away trash on a bicycle. Thanks to these innovations, Copenhagen is known as the most bicycle-friendly city in the world and was also chosen to host the 2022 Tour de France, the world’s most prestigious bicycle race.

One must-see location in Copenhagen is Tivoli Gardens. Built in 1843, it is one of the oldest theme parks in the world. HC Andersen visited Tivoli Gardens to develop ideas for his stories, and it also gave Walt Disney inspiration for Disney Land during a visit from the United States. 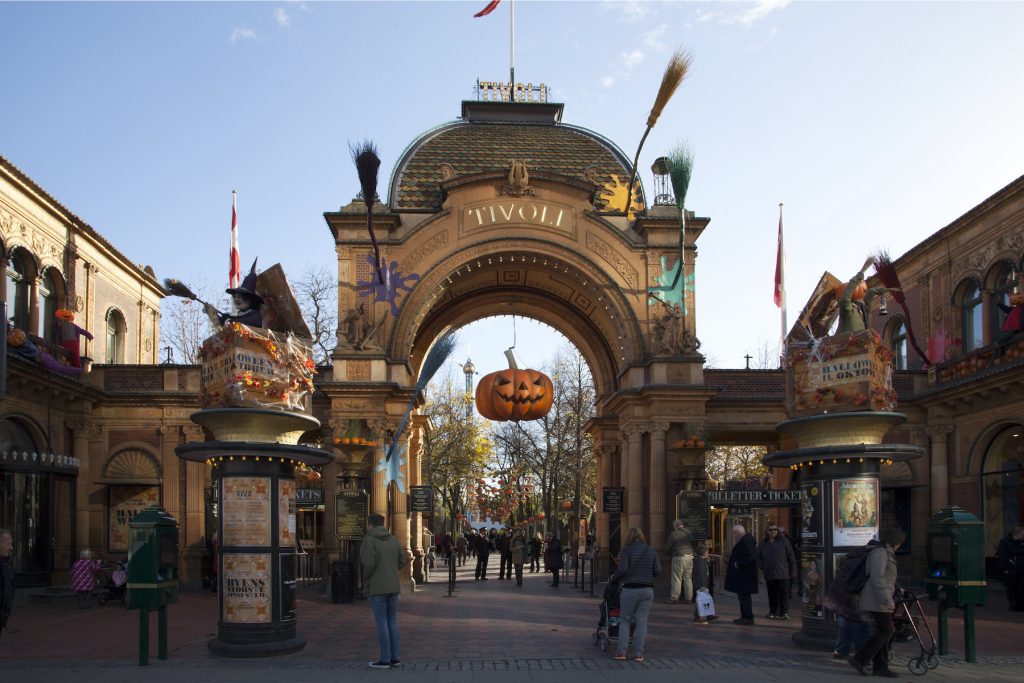 The park has rides and attractions including a Ferris wheel, merry-go-round and roller coasters on its expansive grounds. At night, the beautiful lights and fireworks displays make the park feel like a scene out of a fairytale.

Visitors here can also enjoy smørrebrød, a popular traditional Danish dish, at Grøften, a restaurant that has been running since the park first opened. Smørrebrød is an open sandwich with toppings like cheese, smoked salmon and boiled eggs on thinly sliced rye bread. 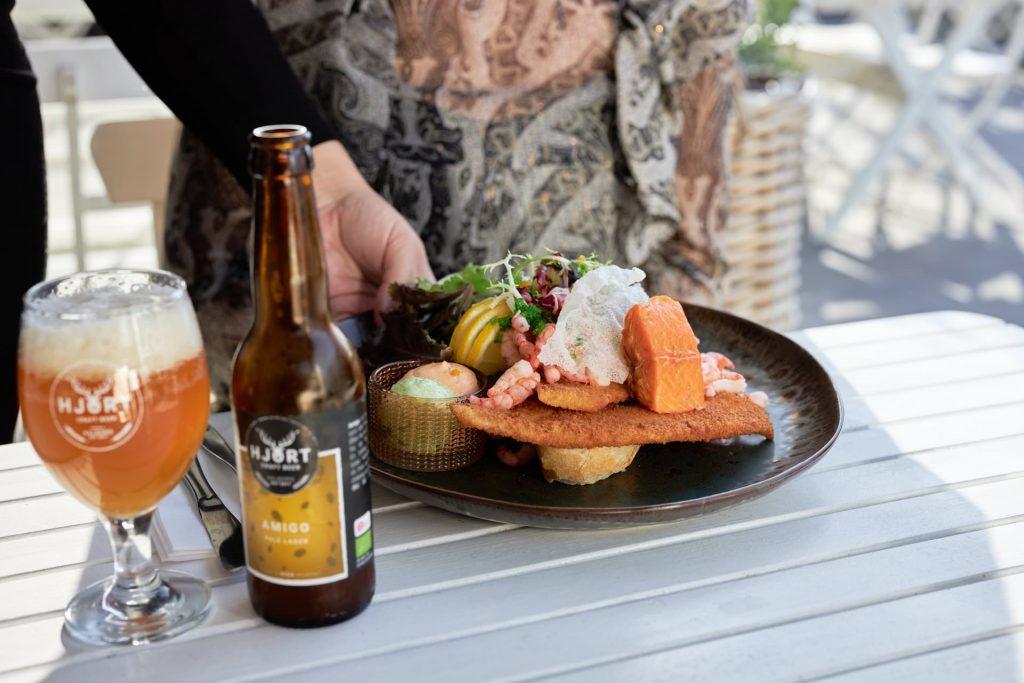 Nyhavn, a tranquil neighborhood alongside a canal

The colorful architecture of this neighborhood dates from the 18th century and leaves a powerful impression on visitors. It’s also known for being especially beloved by HC Andersen. Here, the author lived in a red waterfront house at Nyhavn 67, where he also made his debut as an author and spent his twilight years. The building still stands today. 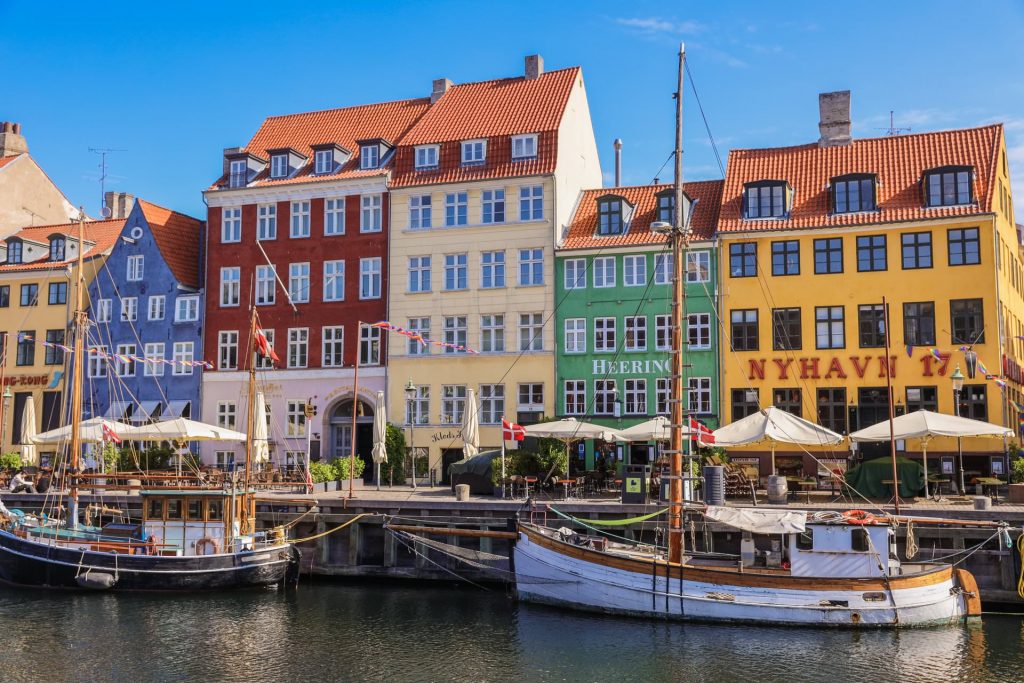 Odense is the third largest city in Denmark with a population of 190,000. Odense is famous as the city where HC Andersen was born and lived until the age of fourteen. His childhood home still remains and is a popular tourist destination today.

The museum’s intricate interior and exterior makes visitors feel like they are traveling throughout different worlds, and its vast underground area has been transformed into a fairytale setting overflowing with animation and music.

Many different musical genres have taken root in Denmark, from jazz to hard rock to metal. Roskilde Festival serves as a symbol of this diverse music scene. As the largest outdoor music festival in Scandinavia, it is held in the ancient city of Roskilde near Copenhagen. This international music festival has been running for over 50 years annually for a week from late June to early July, when global musicians from all genres gather to perform at Roskilde. Jazz is also very popular in Copenhagen, and there are countless clubs and bars all over the city where anyone can drop in to enjoy live jazz performances. The Copenhagen Jazz Festival held each summer rivals the Roskilde Festival in popularity and rich history. 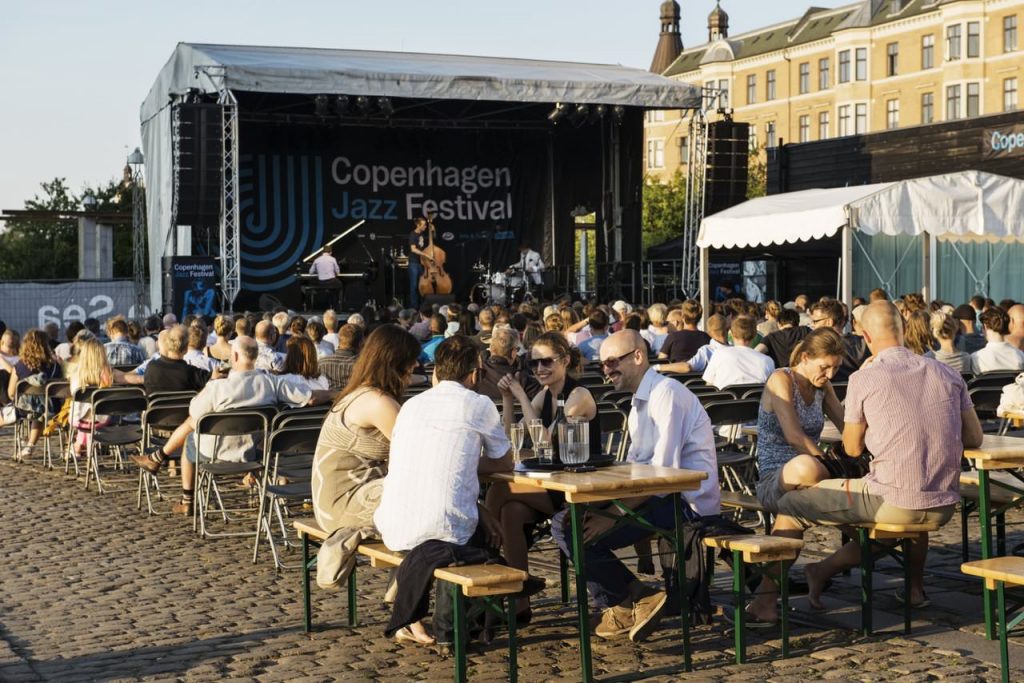 Musicians recommended by the Royal Danish Embassy in Japan

In closing, we would like to introduce musicians recommended by the Royal Danish Embassy in Japan.

This famous jazz orchestra was established in 1964 and has played with iconic jazz musicians including Miles Davis, Stan Getz and Joe Henderson. The band will visit Japan in November 2022 with chief conductor Miho Hazama and perform during the Japan tour.

MØ is a Danish female singer and songwriter who creates music in the genres of pop and punk-rock. She has collaborated with Major Lazer, Justin Bieber and Iggy Azalea, amongst others. She is one of the most popular artists amongst adolescents in Denmark, and one of the Danish artists who have made it internationally.

Kim Larsen is known as a national legend in Denmark. He started with his rock band Gasolin, and later performed as a solo artist. The iconic Danish singer, songwriter and guitarist past away in 2018, but his songs are still being played around Denmark.

What did you think of your music journey to Denmark? There are still many more places to go! Please look forward to our next destination.