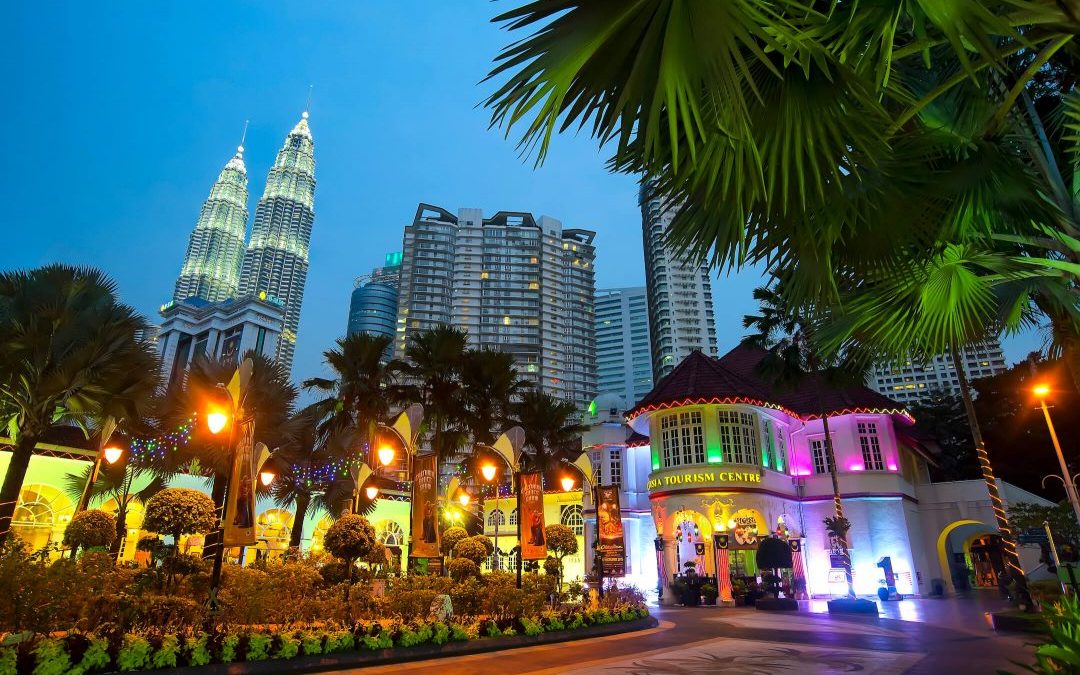 Welcome to Min-On’s Music Journey! Today, the Min-On Concert Association and Embassy of Malaysia in Japan welcome you to Malaysia, a country near the equator in Southeast Asia. 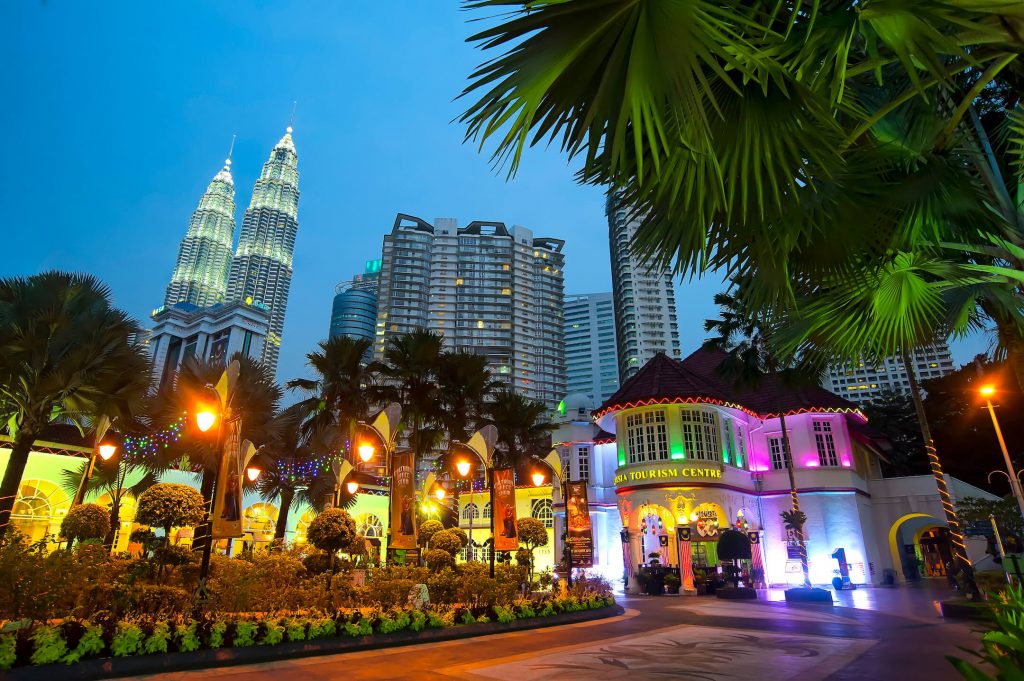 Due to Malaysia’s location near the equator and average annual temperature of over 25° C, you might imagine that the country is hot and humid. However, because the sun’s rays are comparably less intense here, the temperature during the day doesn’t get as high as expected. Malaysia also enjoys relatively cool evenings, providing the country with a pleasant and comfortable climate to live in.

East Malaysia
・See rafflesia, the largest flower in the world, at the national park in Sarawak
・Encounter native wild animals in Sabah

Malaysian culture is characterized by its diversity and tolerance. Because so many ethnic groups with different cultures and customs coexist here, Malaysia represents a microcosm of our global world. Thank you for joining us as we journey from West to East Malaysia to experience the rich culture and natural environment of Malaysia.

To begin our journey, please enjoy this performance of “Inang/Joget” by The Malaysia National Dance Group from their concert held at Min-On in 1986. Malaysians often sing this popular song at social ceremonies.

Kuala Lumpur, a modern capital open to the world

The capital of Kuala Lumpur is one of the foremost modern cities in Southeast Asia. Locals also refer to the city by its abbreviation: “KL.” Kuala Lumpur has many enticing locations for international visitors, including the tallest twin towers in the world, the Petronas Twin Towers, and the Kuala Lumpur International Airport, a major travel hub in Asia. 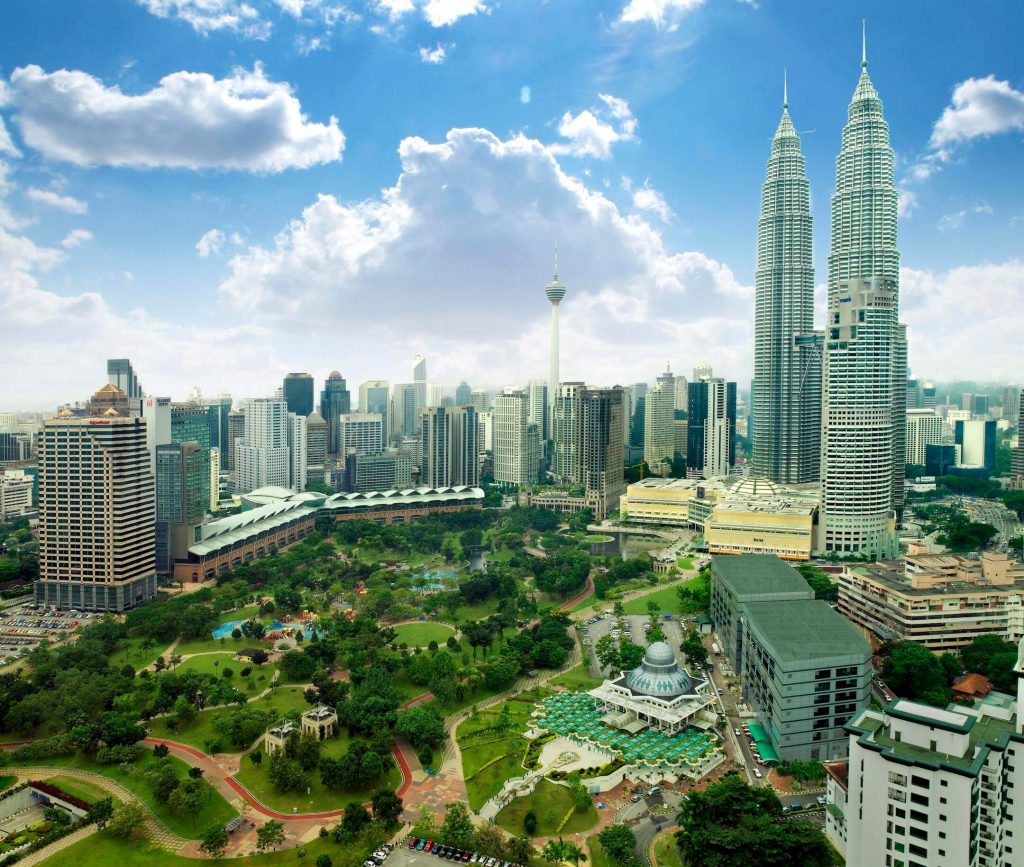 Block after block of skyscrapers in Kuala Lumpur create a stunning futuristic and modern urban atmosphere. Conversely, the capital has many historic structures nestled alleys into snaking between the modern buildings. Kuala Lumpur isn’t just modern—it offers a compelling balance of futuristic and retro cityscapes. 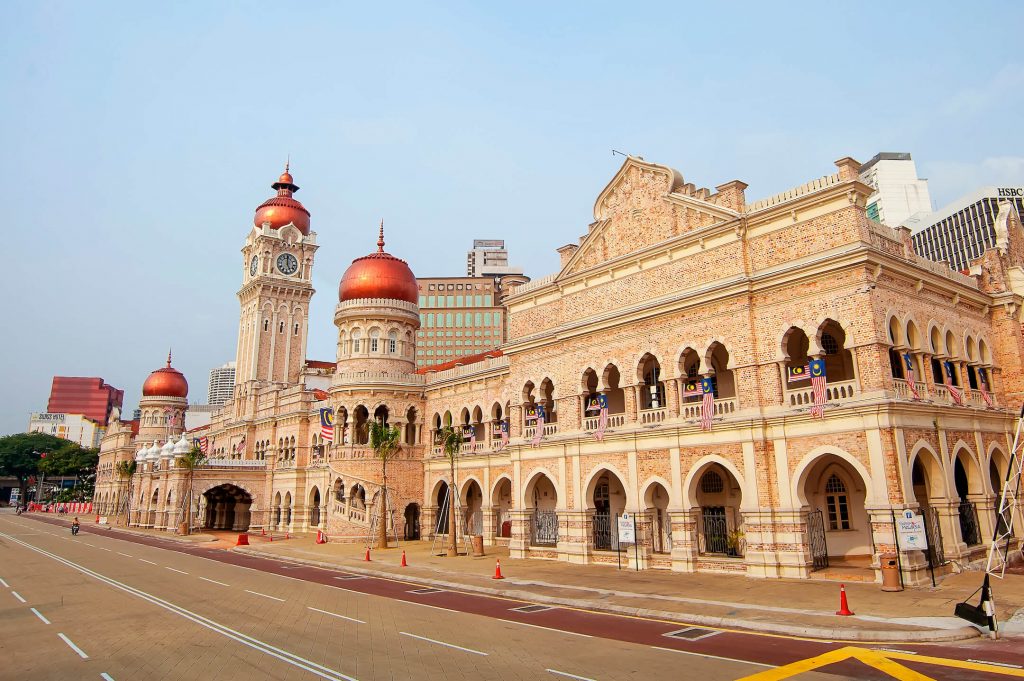 Penang, “the Pearl of the Orient”

Heading north from Kuala Lumpur leads to Penang, a sought after tourist destination of the country, that is also home to many Japanese nationals who live and work within the state. Penang’s landscape of Oriental and local influences, together with its heritage, nature, food and lifestyle has made it a gateway for many who wish to explore this island, from the beaches to the hills. 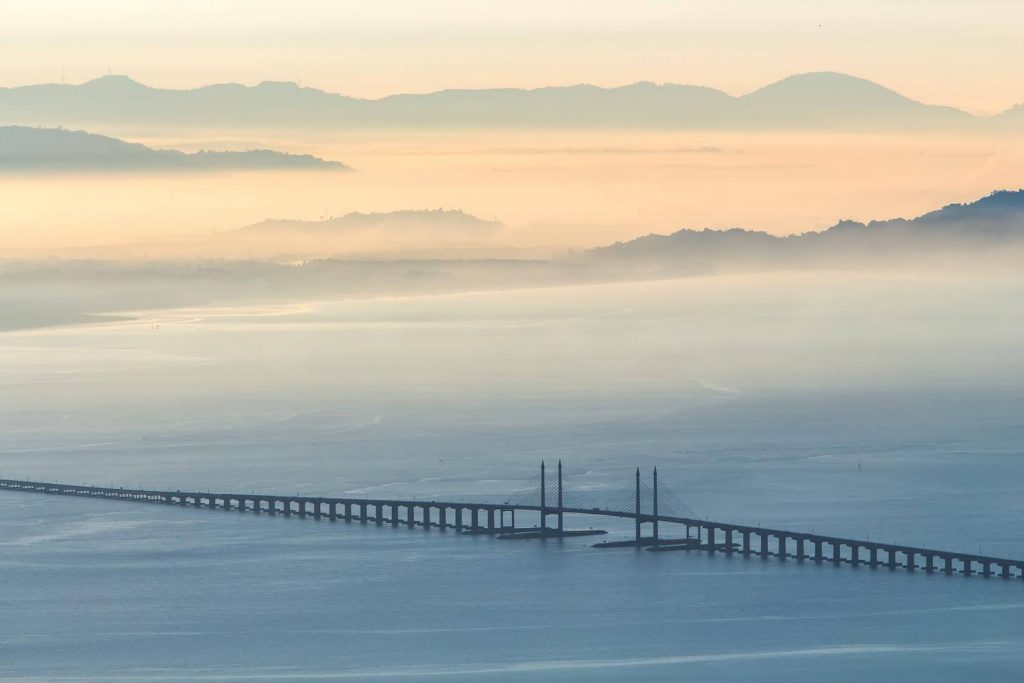 A UNESCO World Heritage Site, Penang is a melting pot of cultures and bears an appeal that is exclusive to itself. The world-class street food, George Town’s nostalgic old-world charm, and eye-catching street art, makes it an attraction to for tourists and locals of all ages. Not forgetting, Batu Ferringhi that is known for its palm-fringed beaches or the scenic neighborhood of Seberang Perai, that makes Penang a perfect spot for every kind of taste and budget.

Please enjoy the scenery of Penang through the video below:

Penang also holds a famous street parade rooted in Chinese culture called the Chingay Parade. The city first held the parade in 1919 to celebrate the gods and the birth of the goddess of mercy, and wish for eradication of the bubonic plague spreading at the time. The parade gradually grew more quite popular with tourists, and it’s now held every year during Chinese New Year. The parade has become of Penang’s great traditions and never fails to draw visitors. One incredible performance after another unfolds for viewers, including parade performers marching with giant flags balanced on their heads and the spectacular lion dance. Please enjoy watching the videos below of the Chingay Parade, as recommended by the Embassy of Malaysia.

Traveling even further south leads to the most popular historical state of Malaysia, Malacca. This area is also overflowing with history and cultural diversity. What makes it unique is how the essence of both East and West come together here. 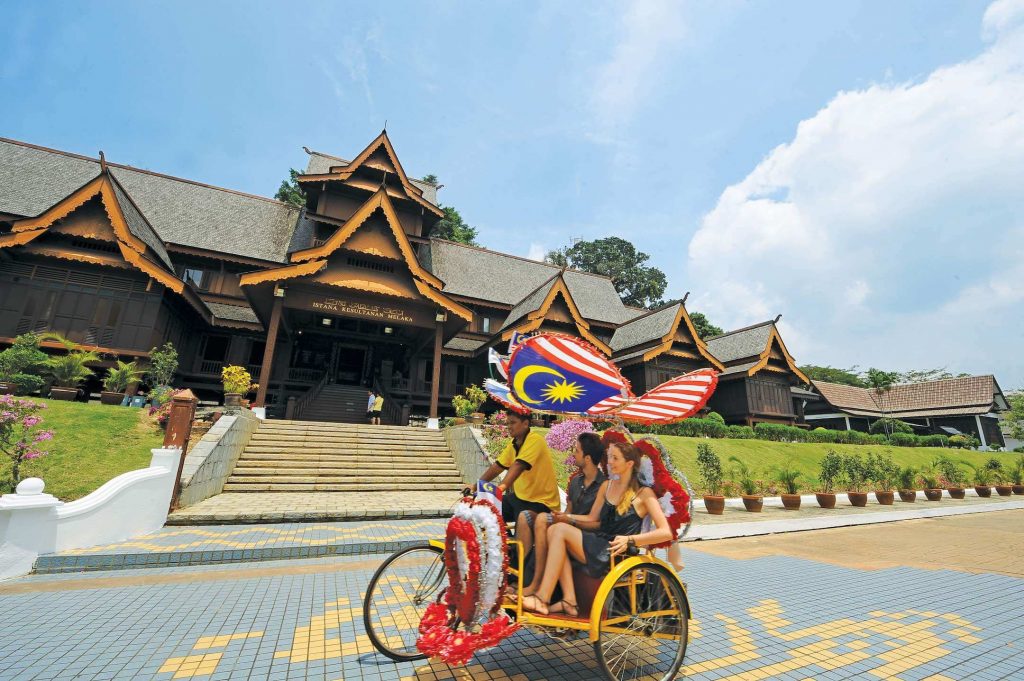 Malacca was originally the name of a sultanate that arose in this area during the 15th century, when trade was thriving between the East and West across the Straits of Malacca. Later, continued rule by European nations like Portugal, the Netherlands and the United Kingdom caused Western culture to permeate into the area, gradually forming the culture that exists here today, notably seen with the vibrant architectural influences around Malacca.

UNESCO also registered “Melaka and George Town, Historic Cities of the Straits of Malacca” as a World Heritage Site in recognition of their historical value. The city is surrounded by sightseeing destinations, but the salmon-pink church in Dutch Square has become a particularly representative symbol of Malacca for its grand appearance. 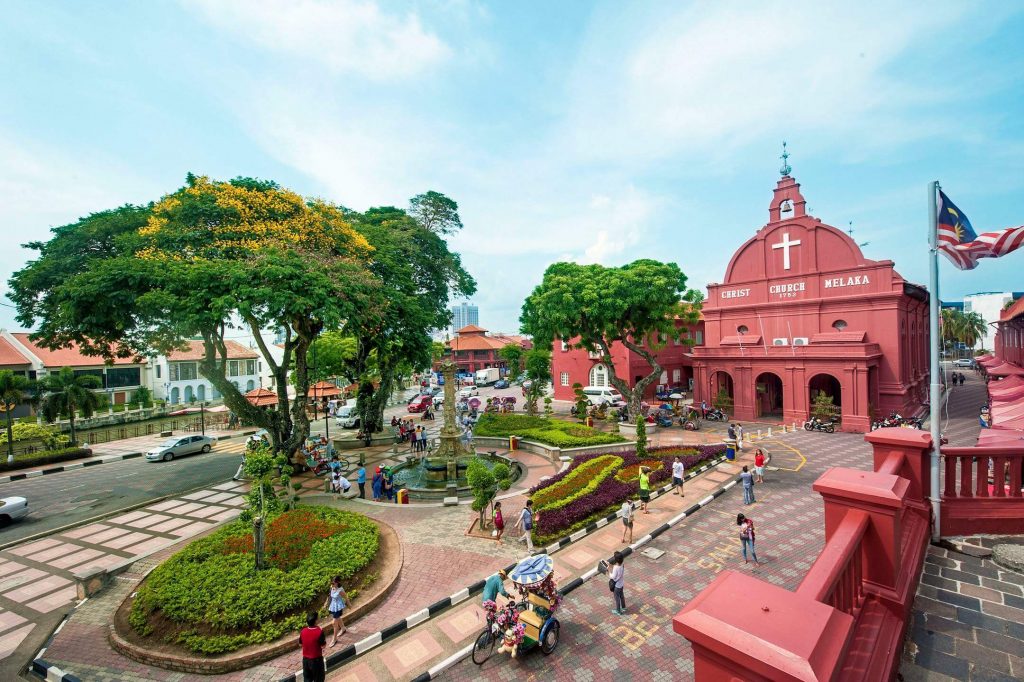 A night market called the Jonker Street Night Market opens on the weekends in Malacca. Stalls lining the streets here offer traditional pastries and dim sum, coconut juice, pineapple tarts and other delicious refreshments to make for an intriguing nighttime stroll with many different and delicious foods. Johor, the southern tip of the Malay Peninsula

After traveling even further south from Malacca, we arrive at Johor, the southernmost state on the Malay Peninsula. A kilometer-long bridge connects the state capital of Johor Bahru to Singapore. It is a sophisticated urban tourist area known for having Asia’s first Legoland and a number of flourishing luxury resorts. Near the coast, on the other hand, calming oceanside towns and beautiful beaches extend toward the horizon.

The zapin dance is a traditional dance synonymous with Johor. Originally, only men would perform this dance, but eventually the dance came to involve pairs of male and female dancers. It developed into a dance that expresses the characteristics of each, including strength and gentleness. Please enjoy this video recommended by the Embassy of Malaysia that shows an excellent rendition of the zapin dance performed at a festival.

Next, our journey takes us across the sea to East Malaysia or the island of Borneo. This island is full of natural beauty and home to a vast number of plants and animals unique to the area. 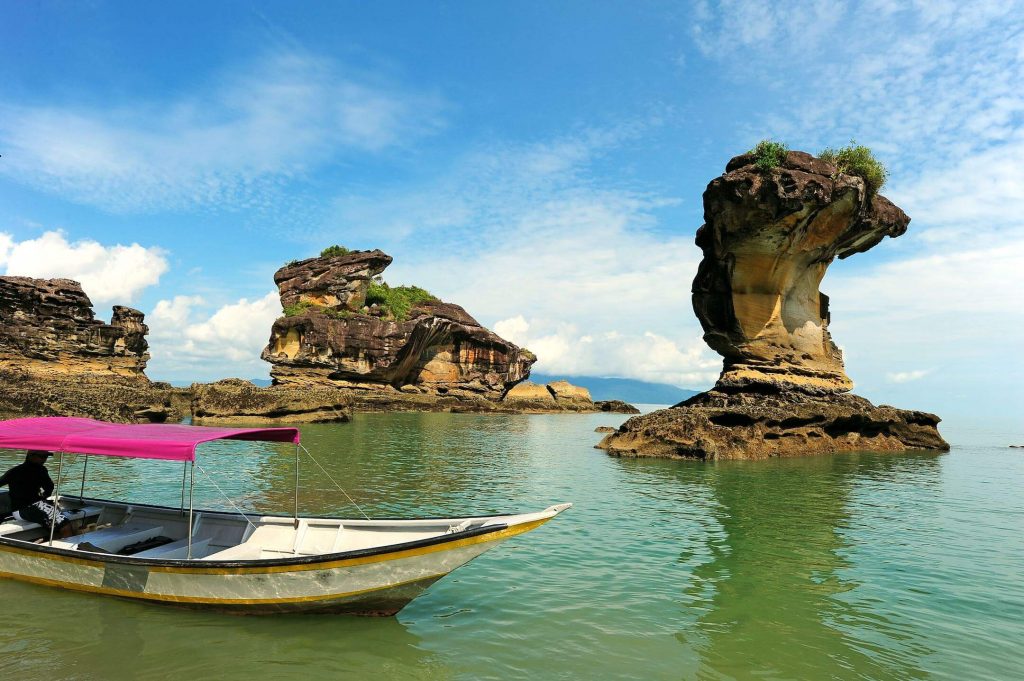 It’s not possible to see all of Borneo in one day, so make plans to stay for a while in the state capital of Kuching. “Kuching” means “cat” in Malay, and this name suits it well—statues of cats are scattered throughout the city, and it’s also home to cat museum and a cat festival every August! The sape’ is a traditional Bornean string instrument made by hollowing out a single tree. Musician Alena Muran has roots in the aboriginal people of lush and beautiful Borneo. She is also the first professional female sape’ player and teacher, and works hard in passing on the rich tradition of the sape’ to future generations.

Below, please enjoy listening to two of her songs, including “Midang Midang,” which won the Best Styling Award in 2020 at the Music Video Festival in Buenos Aires, Argentina. 2022 marks the 65th anniversary of diplomatic relations between Malaysia Japan as well as the 40th anniversary of Malaysia’s Look East Policy. It is hoped that this friendship would continue to flourish through people-to-people exchanges in the coming years, especially through tourism and cultural exchange! 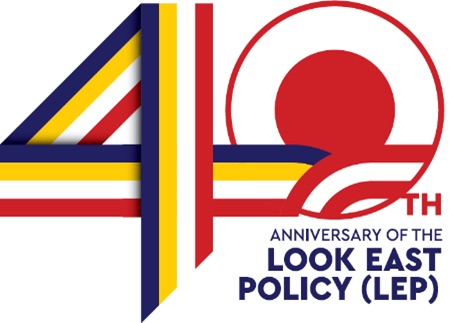 What did you think of your music journey to Malaysia? There are still many more places to go! Please look forward to our next destination.

(Produced in collaboration with the Embassy of Malaysia in Japan. Photos provided by Tourism Malaysia.)