Welcome to Min-On’s Music Journey! Today, the Min-On Concert Association and Embassy of the Bolivarian Republic of Venezuela in Japan welcome you to Venezuela, a country at the northern tip of the South American continent.

Venezuela has about 2.4 times the land area of Japan, with a tropical climate and many different biomes. These include a wealth of natural environments, including the Caribbean Seacoast home to the modern capital of Caracas, wide open grassland fields, vast highlands in the Andes region, and savannas and tropical rain forests in the Guayana region. One of Venezuela’s greatest draws is the grandeur and uniqueness of its natural environments. World-renowned Canaima National Park is of particular interest, a treasure trove of natural splendor registered as a UNESCO World Heritage Site in 1994. The park’s 30,000 square kilometers (about the size of Belgium) are home to unique ecosystems of flora and fauna, alongside many famous locations. For example, the Tabletop Mountains are a group of over 70 plateaus stretching across the oldest geological strata on earth. They have been worn away by erosion over the past 1.7 billion years, and today, they resemble massive “Houses of the Gods” resting on the surrounding landscape.

The 2,560-meter-high Tabletop Mountain Auyán-tepui is home to Angel Falls, the highest waterfall in the world—a staggering 979 meters tall. Angel Falls is also famous because the water cascading down doesn’t form a basin at the bottom—the distance is so great, the water completely turns to mist on the way down.

The capital of Caracas, a city filled with modern architecture

The Venezuelan capital of Caracas is the birthplace of Latin American hero Simón Bolívar, who liberated five South American countries from colonial rule in the early 19th century. His attitude of embracing the principles of unity, justice, liberty, equality and democracy have long since embodied the character of the people of Caracas.

On the other hand, Caracas is very much a university-centric city with many modern buildings. The Central University of Venezuela, with buildings that pursue functional beauty and harmony, was also registered as a UNESCO Cultural Heritage Site in 2000 as a preeminent example of modern architecture. 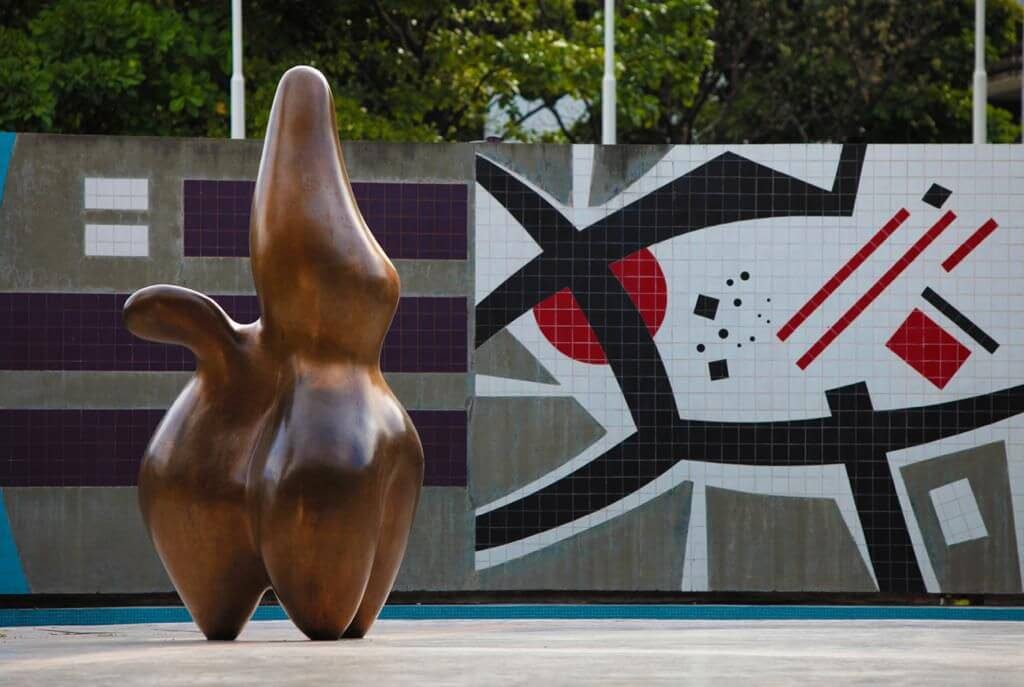 As a large country, Venezuela has seen many different music genres become popular in each region. In the capital of Caracas, merengue was popular as the quintessential genre of urban music up until the first half of the 1900s. Merengue is well-known as dance music that spread throughout the Caribbean, but the Venezuelan style of merengue can be identified by its unique 5/8 time. 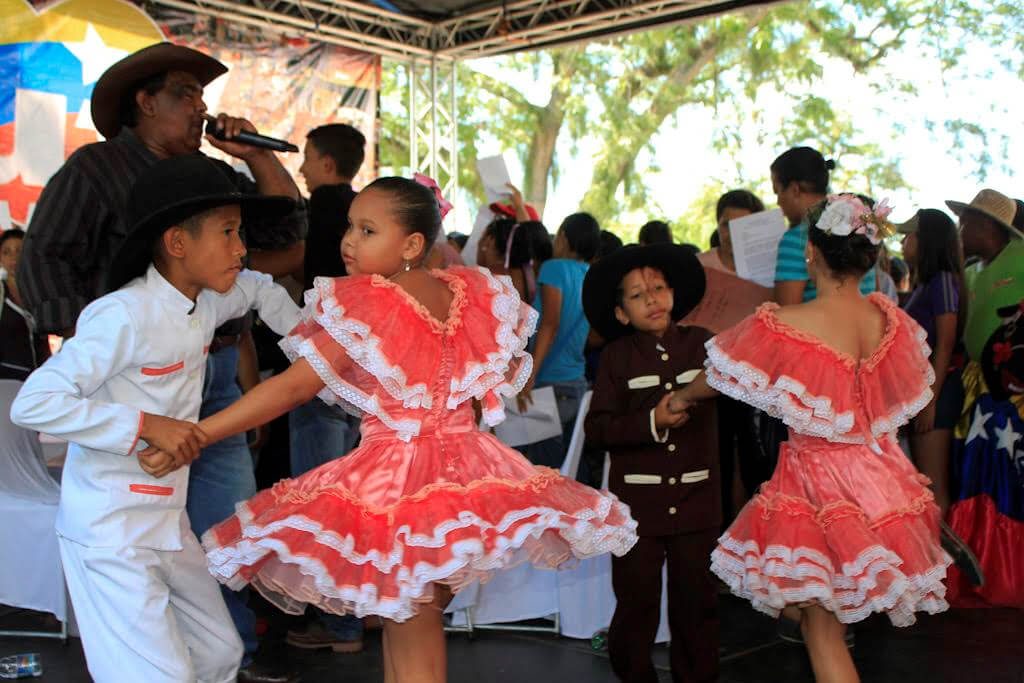 We hope you’ll enjoy this signature piece of Caracas-style merengue, “El Manguero,” performed by the Cheo Hurtado Ensemble and singer Pili Hernandez at a 2005 concert hosted by Min-On.

The largest music school in the world, El Sistema

El Sistema is an organization established in Venezuela in 1975 to provide music education. Principal efforts include providing an instrument to every child free of cost, alongside opportunities to take free music lessons.

A defining trait of El Sistema is that children learn music through a well-defined program, while also learning how to interact well with others by playing in ensembles from an early age. Its philosophy and programs endeavor to protect youths from delinquency and crime, instead encouraging them to grow as independent human beings. These programs have had great impact, and are praised as “a miracle of Venezuelan music.” Japan and many other countries around the world have implemented similar programs. 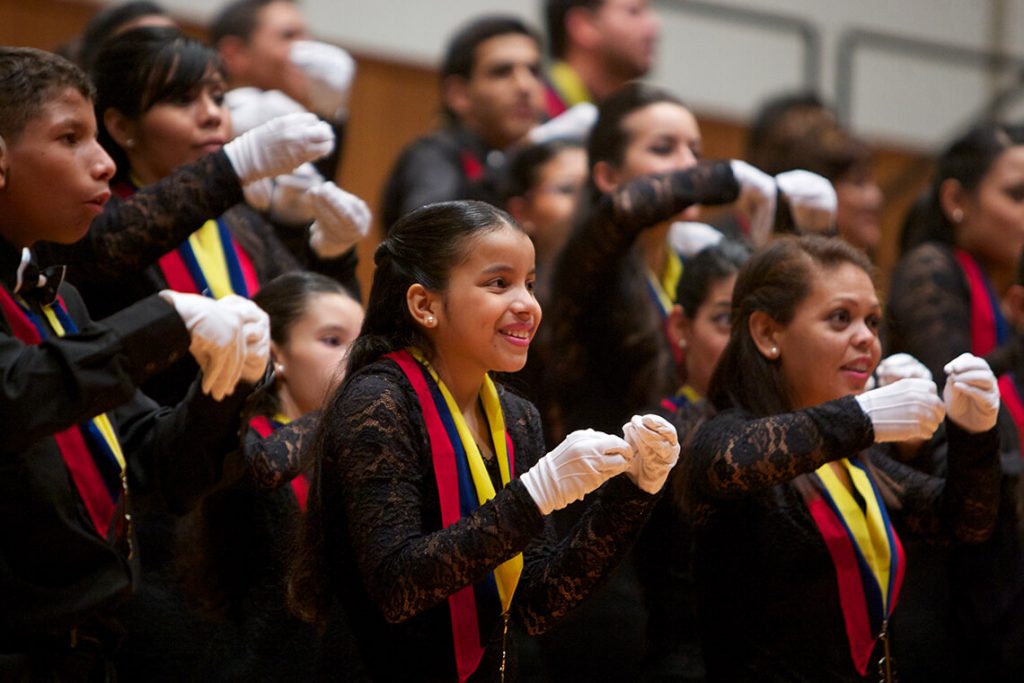 Many fantastic musicians got their start at El Sistema, including Edicson Ruiz, a double bass player who performed at Min-On in 2019. His talent and accomplishments are impressive, including being the youngest person ever to join the Berlin Philharmonic Orchestra. 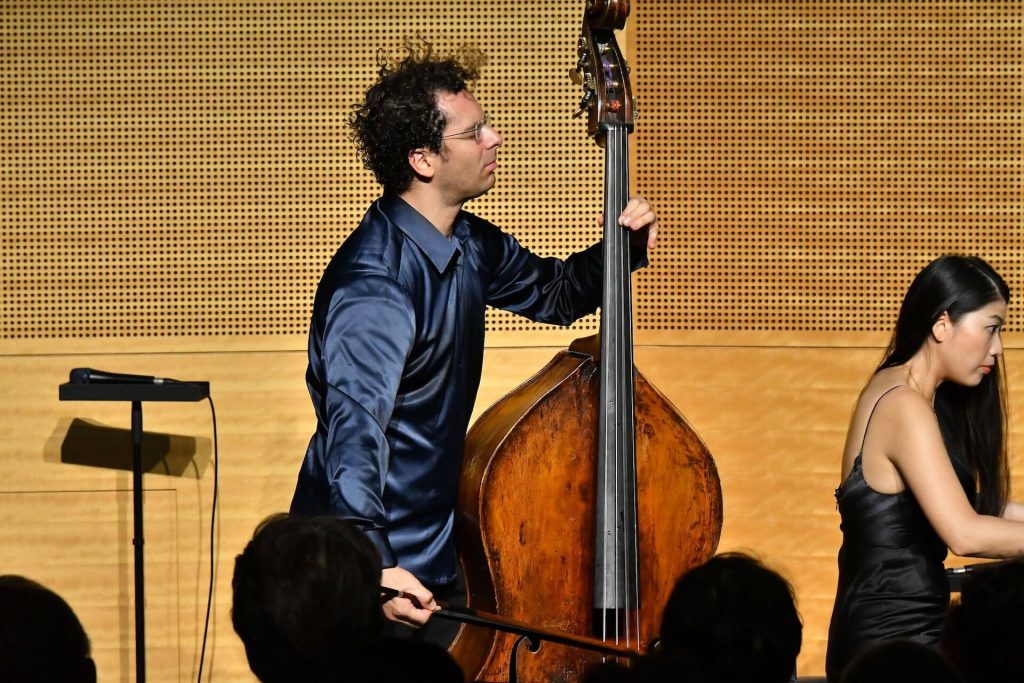 One of Venezuela’s traditional genres of music is called “joropo.” The merengue genre mentioned earlier was popular dance music in urban areas, and joropo can be thought of as its rural counterpart.

A defining characteristic of joropo is the juxtaposition of two different time signatures to form a 3-2 polyrhythm. This rhythmic pattern gives a unique lilt to the music and has had a strong influence on Venezuelan music as a whole.

We hope you’ll enjoy listening to a medley of joropo songs from the grasslands of Venezuela performed by the Cheo Hurtado Ensamble.

Venezuela also has a genre of Christmas songs called “gaita.” When the Christmas season arrives, gaita music can be heard all over Venezuelan cities, and crowds in the tens of thousands gather to dance to gaita at special events. For the Venezuelan people, gaita music has become an essential part of year-end festivities.

Gaita actually first began as the folk songs of the Zulia region in northwestern Venezuela. A band called Guaco that formed in 1958 transformed gaita into a nationally beloved genre.

Please listen to the famous gaita song “Los Huecos” from a Min-On Guaco concert in 2016.

Guaco was created as a band specifically to play gaita, and they have been at the forefront of the Latin music world for over 50 years since their debut in 1964. This is also due to their widely-loved musicianship: they stay true to their roots while boldly incorporating cutting-edge ideas and new sounds.

You’ll be able to clearly hear this aspect of their music in this next piece, their hit song “Vivo” from the 2010 era.

In closing, we would like to introduce three pieces by prominent Venezuelan musicians recommended by Ambassador Seiko Ishikawa of the Embassy of the Bolivarian Republic of Venezuela in Japan.

Composed by Hugo Blanco
Performed by the Ensamble Lara Somos 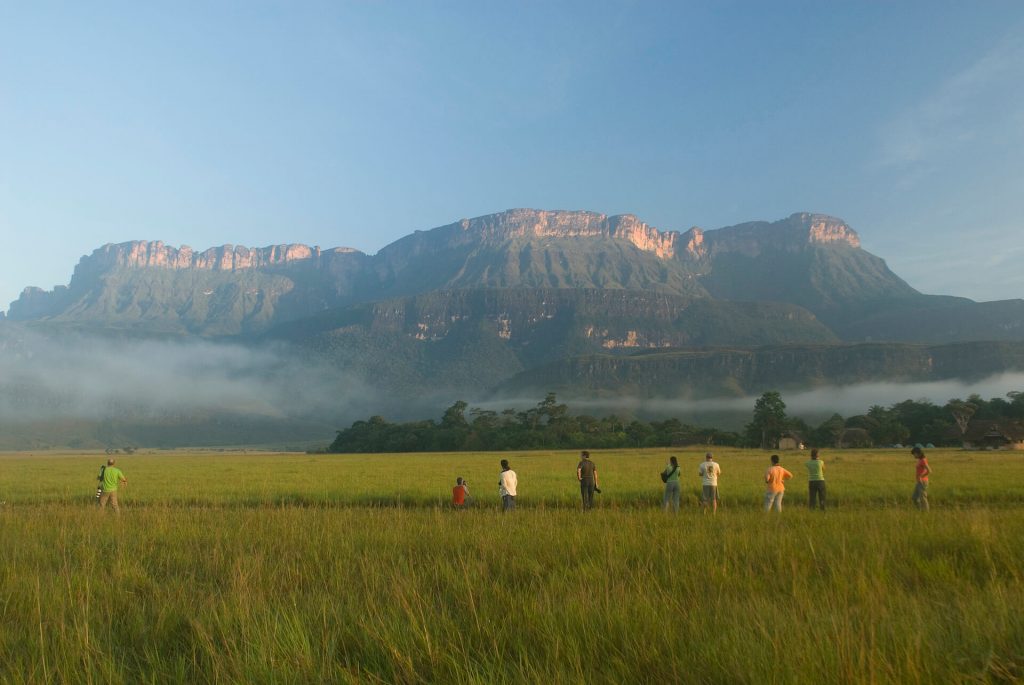 What did you think of your music journey to Venezuela? There are still many more places to go! Please look forward to our next destination.

(Produced in collaboration with the Embassy of the Bolivarian Republic of Venezuela in Japan, who also provided photos.)