Min-On Music Journey No. 25: The Republic of Kosovo 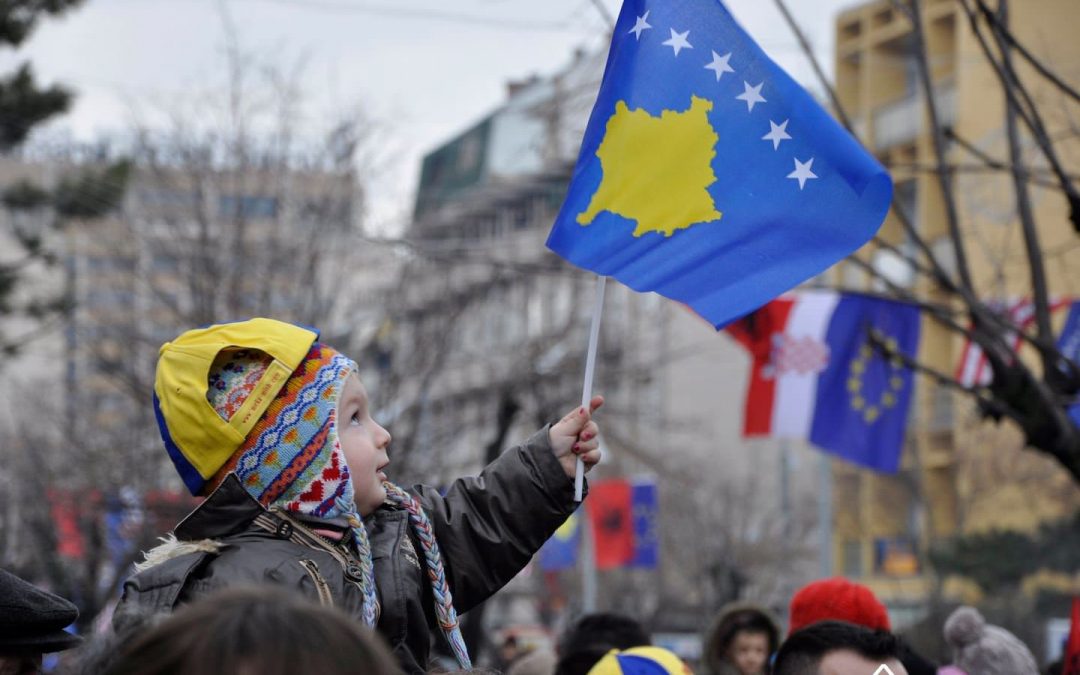 Welcome to Min-On’s Music Journey! The Min-On Concert Association and the Embassy of the Republic of Kosovo in Japan welcome you to the multi-ethnic nation of Kosovo in the center of the Balkan Peninsula.

Kosovo was founded in 2008, making it Europe’s youngest country, Kosovo Independence Day is celebrated on February 17 each year (13th anniversary in 2021). As a result of the baby boom at the end of the 20th century, 70% of the country’s population of about 1.8 million people are under 35 years old. These young people have played an important role in creating an intellectually strong country and contributed to Kosovo’s rapid development.

In celebration of Kosovo’s Independence Day, please enjoy the video of the national anthem of Kosovo showcasing beautiful Kosovan scenery. This video was produced to celebrate the 10th anniversary of Kosovo’s independence.

National anthem of the Republic of Kosovo: “Europe”

Next, please watch this special message from the Ambassador of the Republic of Kosovo.

Special Message from Mr. Enis Xhemaili,  Chargé d’Affaires ad interim of the Embassy of the Republic of Kosovo in Japan

Since 1999, Kosovo’s capital, Prishtina, has had a boom in international organizations, shopping centers and residential districts, and has developed into the political, economic and cultural center of Kosovo. Today, about 30% of Kosovo’s population calls the metropolis of Prishtina home. The city also has a long history, including a written record of Byzantine emperor John VI Kantakouzenos referring to the city as “Prishtina Village” in 1342 AD.

The Newborn Monument was installed in downtown Prishtina on February 17, 2008, the day Kosovo declared its independence. The monument spells out “NEWBORN” in capital English letters, and was initially painted light yellow. Since then, it’s been painted over with themes and messages transforming it into a local tourist attraction that adds color to this modern city. The National Library of Kosovo, famous for its unique architecture

Mother Teresa Boulevard is a spacious pedestrian street in the middle of the newest section of Prishtina lined with stylish cafes and restaurants. Once the sun sets, you’ll find the area filled with young colleagues and friends gathered to enjoy an evening in the city. 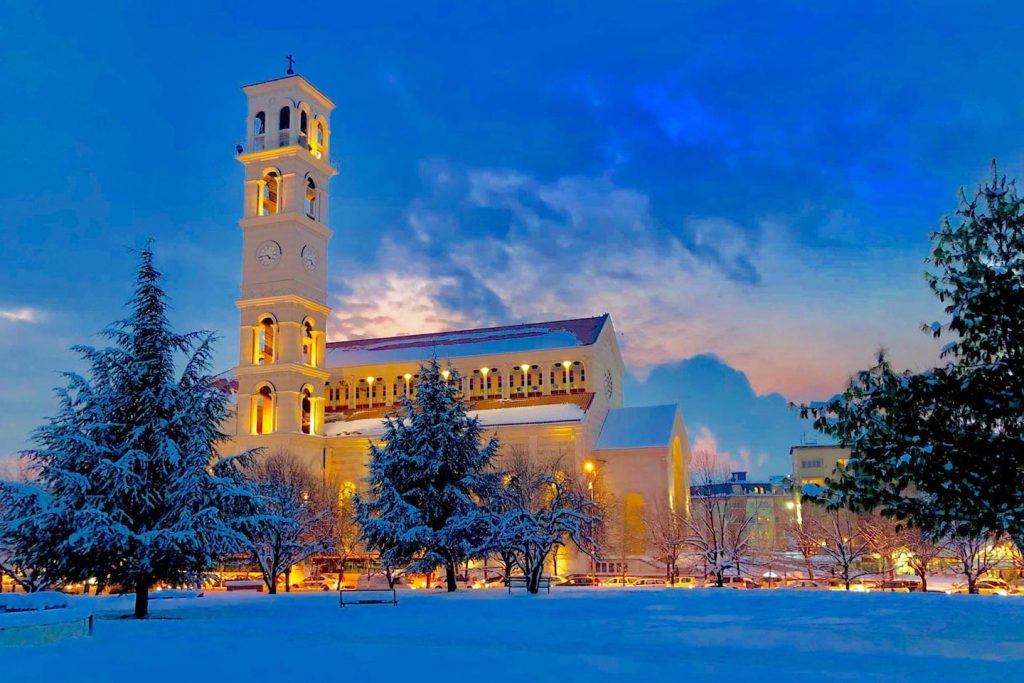 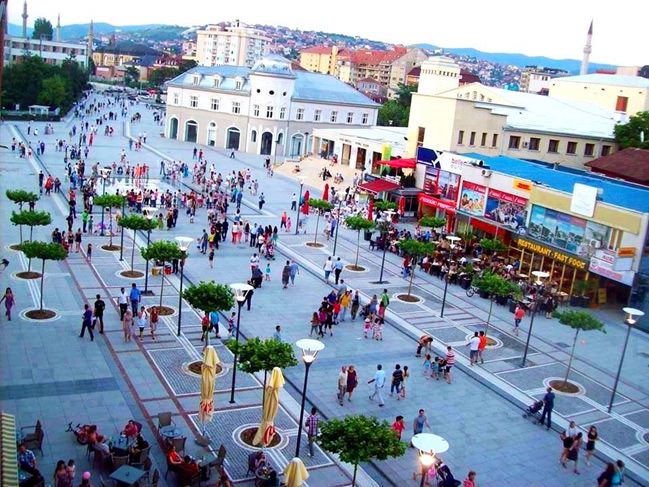 The lively city center of Prishtina

In the suburban township of Lipjan, the ruins of the city of Ulpiana were discovered, where traces the ancient Roman Empire still remain. This city rose to prosperity during the 3rd and 4th centuries, but a major earthquake in 518 AD destroyed most of its buildings. After this, Roman Emperor Justinian rebuilt the city and renamed it Justiniana Secunda. Today, the Ulpiana ruins are preserved as an archaeological park open to the public, displaying these important ruins that vividly depict the city during that era. 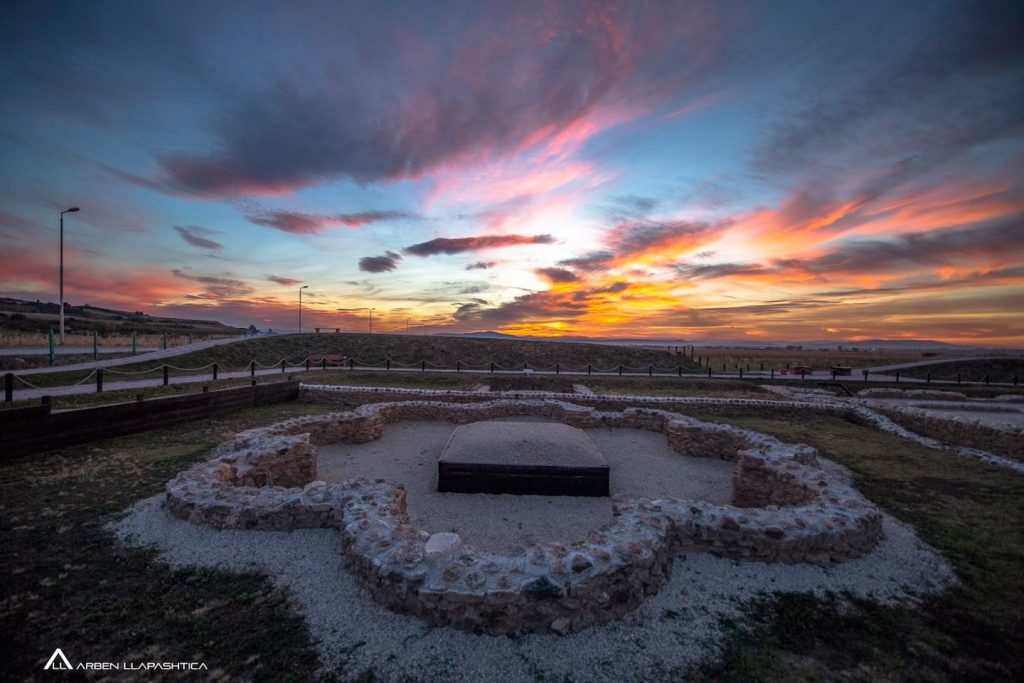 Bear Sanctuary Prishtina lies 20 kilometers east of Prishtina near the town of Mramor. It was established in 2013, and about 20 bears protected by the local government live in a lush natural environment spanning 16 hectares. Guided tours are offered on the park grounds that show the bears living in their natural habitat. The park also includes a restaurant featuring local cuisine surrounded by rich green forest and programs for the younger generation to learn about animal welfare and environmental conservation.

A bear living freely in the wild (Bear Sanctuary Prishtina)

Gračanica Monastery, one of the Medieval Monuments in Kosovo, collectively registered as a World Cultural Heritage Site in 2004

The beautiful, historic city of Prizren

The second largest city in southern Kosovo, Prizren, is one of the oldest cities in Kosovo and all of the western Balkans. It once flourished as a trade city linking the coast to the inland area. Against the backdrop of the Sharr Mountains and Mount Pashtrik, Prizren is very picturesque, earning it the nickname, “The City of Resources and Beauty.” The city features over 65 historic sites and 600 historically important structures, including the Ura e Gurit Bridge, built during the Ottoman Empire, and the Sinan Pasha Mosque, an exceptionally beautiful mosque in the center of the historic district. 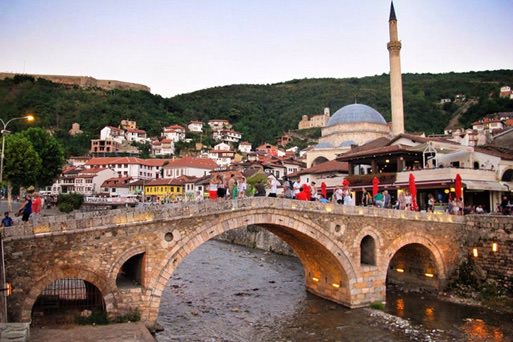 The ruins of Prizren Fortress are located in the southwest of the city. An important archaeological dig took place here, proving that a primitive society lived in the area during the Bronze Age (about 2,000 BC). The fortress exhibits unique qualities of Kosovan culture and has become a symbol of Prizren. Visitors can take in the incredible view of downtown Prizren, Mount Pashtrik and the Bistrica Valley from the top of the fortress. 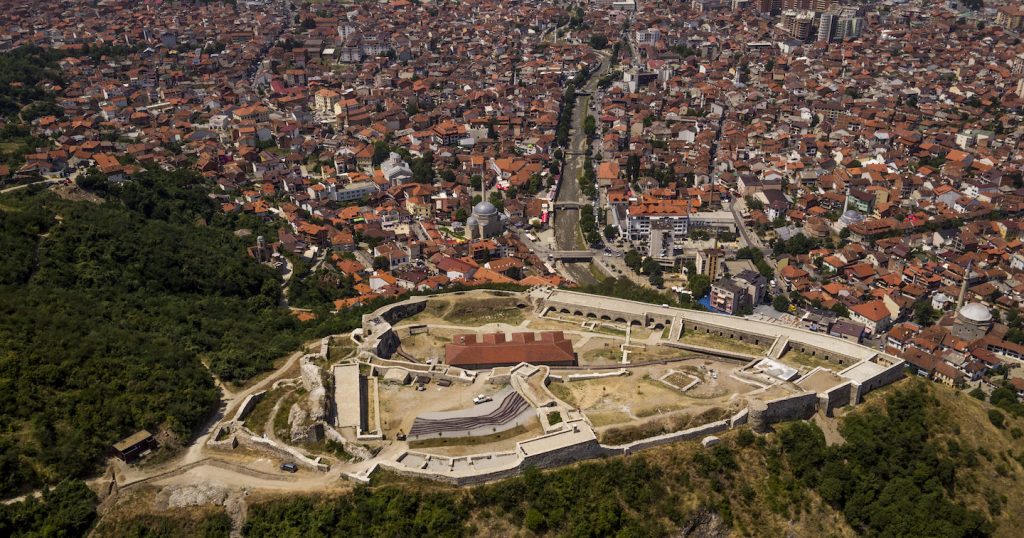 Prizren holds many annual festivals and events. In particular, the annual documentary festival “DokuFest” is one of Europe’s largest and well-known international festivals. At the 20th anniversary of the festival in 2021, over 200 carefully selected international films will be shown at movie theaters and outdoor venues throughout the city. Concerts by top musicians called “DokuNights,” photo exhibitions, debates and more are also included in the event, which causes the whole city to buzz with excitement.

Kosovan cuisine has developed with influence from neighboring regions throughout the tides of history, and local meat and pastry dishes have been passed down over many generations. Some of the most popular dishes include bakllasarme (a spinach-filled pie traditionally baked after being covered in yogurt mixed with salt and garlic) and sarme me fleta rrushi (a regional dish of minced meat, red peppers and rice wrapped in grape leaves). These dishes were featured in the Japan Association of Travel Agents (JATA) project, “Delicious Europe—The Top 100.”

The ancient city of Gjakova, which once flourished as a hub of local and foreign trade, is located in the southwestern region of Kosovo. Its “Old Bazaar” shopping district remains largely unchanged since ancient times, and plays a large part in supporting the city’s economy to this day. As the oldest bazaar in Kosovo, it’s a must-see location, and it also contributes to the livelihood of people from the neighboring Junik region and the highlands of Gjakova (on the border of Albania). Although about 80% of the city was destroyed by attacks during the Kosovo War in 1999, today the main street has been fully restored. The area surrounding the bazaar is lined with bars, restaurants and more, making it very popular with the younger crowd. 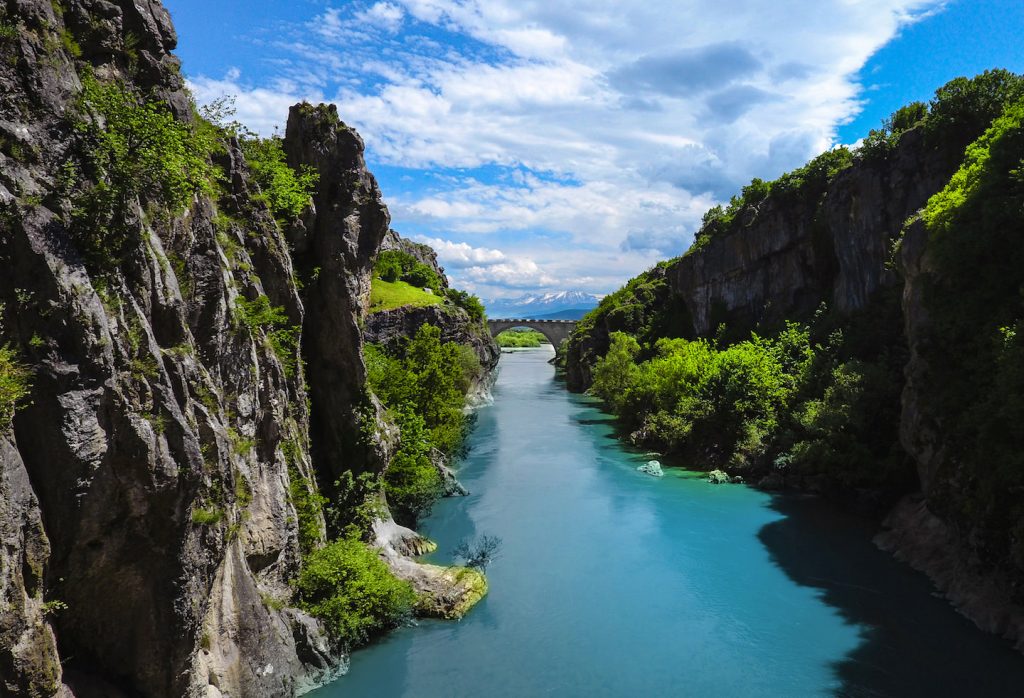 Unique traditional culture of each region

Kosovo is home to over 400 different styles of national dress, ethnic handicrafts and daily customs that have been passed down over generations. In the Gorani region in southern Prizren, the local people have an ancient tradition of applying special makeup for the bride on the morning of her wedding. After the bride’s face is painted white with powder, geometric lines and circles are drawn with gold paint. Then, additional designs are added in red and blue. The gold signifies wealth, the circles signify a happy marriage, the red signifies fertility and the blue signifies health. After the bride is dressed and her makeup is finished, she is not supposed to open her eyes until she meets her groom. This ritual is unique to the Gorani region. 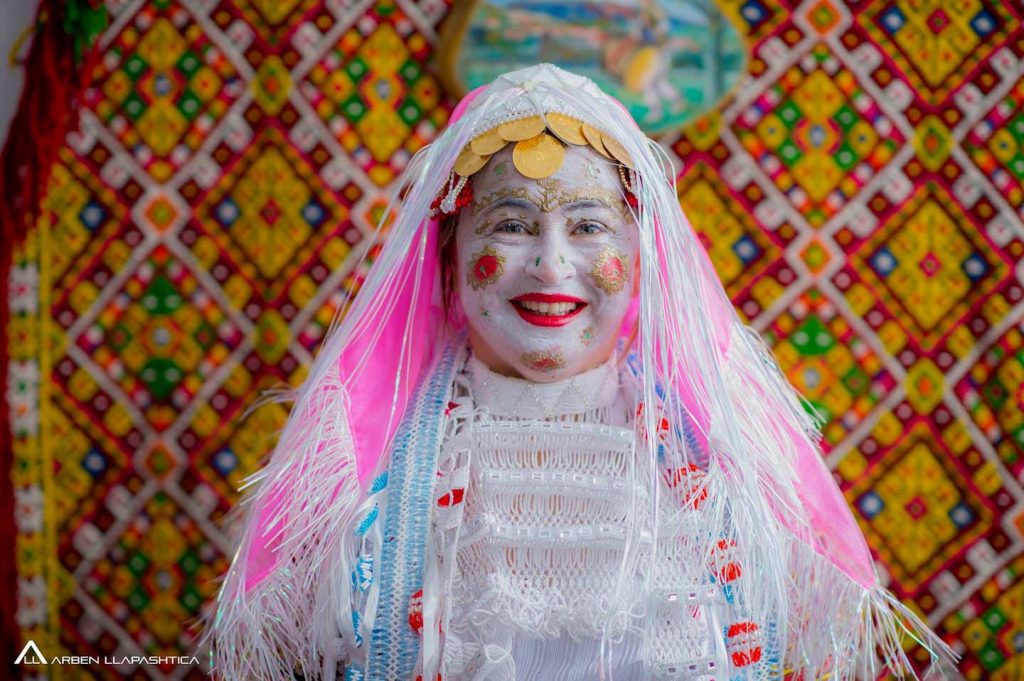 One example of Kosovo’s traditional craftmanship is filigree, a technique that forms gold and silver into threads before they are carefully worked into intricate patterns. Filigree dates back far back as ancient Egypt, and is thought to have come to Kosovo around the 15th century. It is well known in artisan circles across the globe, and in Prizren, traditional, high-quality silk garments woven with twisted gold thread are also popular.

In the Has region of Prizren, the Hasi Jehon Festival has been held every May since 1976 in Gjonaj Village. Ethnic music ensembles dressed in traditional clothing gather from all over Kosovo to dance and play music. The festival attracts large crowds of people who come to enjoy the vibrant display of traditional dress and local cuisine.

According to archaeological findings, Kosovan ethnic music began developing in the 5th century BC alongside the music of the surrounding regions. Singers holding instruments are depicted in stone artwork found in the area. The lahuta, which has only one string, is an important ancient, traditional instrument that has been passed down to the present.

Next, we would like to highlight a performance by SHOTA, one of Kosovo’s first art and culture organizations.

SHOTA is a national ensemble that was founded in 1950 to preserve local folk songs and traditional dance while developing new forms of ethnic art. Kosovo’s creative traditional costumes, authentic music and exotic dances are held in high regard throughout the world. We hope you enjoy this performance by SHOTA. 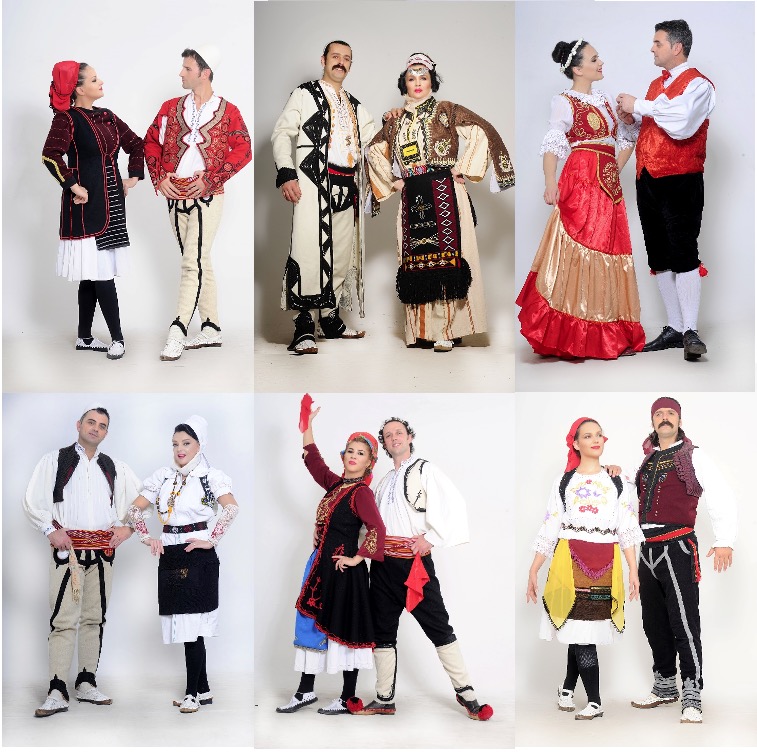 Musicians born in Kosovo are active across the globe. Some of Kosovo’s biggest pop stars include Rita Ora, Dua Lipa and Era Istrefi, who are famous internationally. 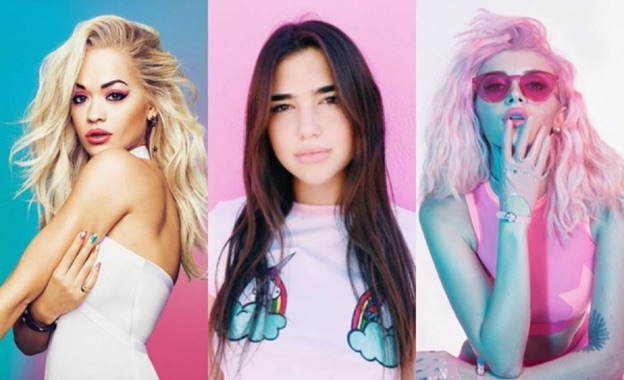 In closing, the Embassy of the Republic of Kosovo in Japan would like to share several beloved pieces of Kosovan music with you today. We hope you will enjoy them. What’s your favorite genre of music?

(1) Kanga e Ashikëve (The Song of Lovers) by JERICHO

This rock band was formed in Prishtina in 1997. Known for their mixture of rock and electronic sounds of Kosovo and Northern Albania combined with traditional Albanian music, their songs primarily deal with social issues.

String String is a famous local band from Prishtina. They have a huge repertoire of songs, including classical music, movie soundtracks and Albanian folk songs. 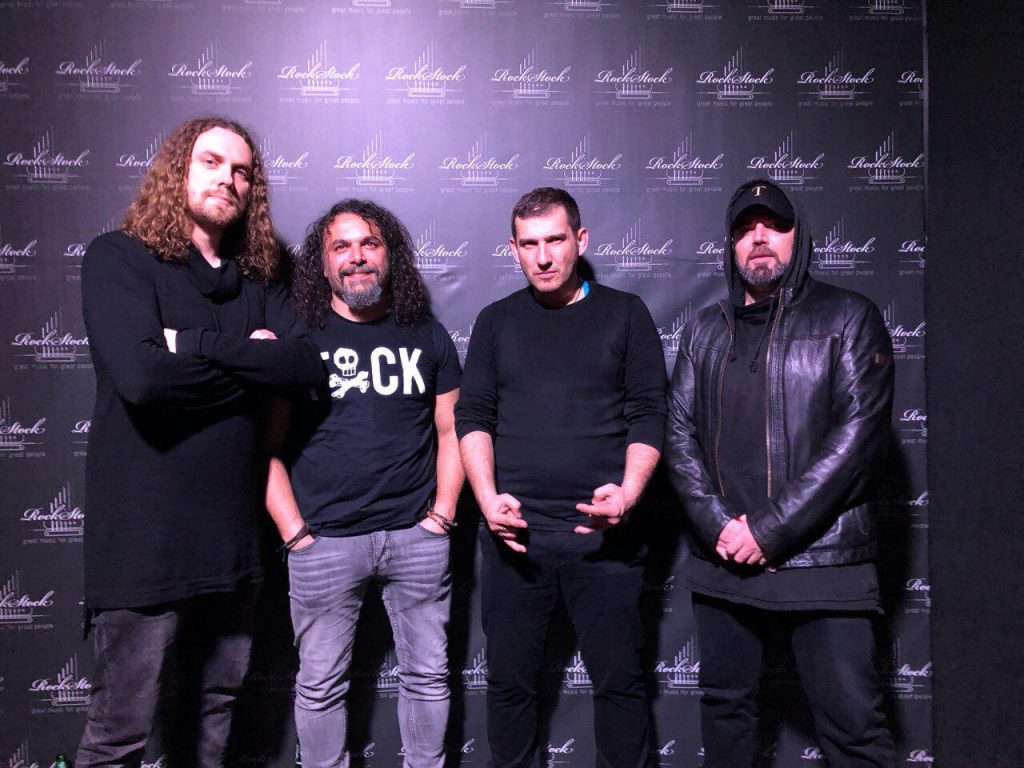 This heavy metal band was formed in Prishtina in 1990. They were crowned the best rock band at the Boom Festival in 1994 and have continued to win a number of awards.

This group’s music was featured in the hit Kosovan movie, “The Hero” in 2014, causing their popularity to skyrocket.

This music group was formed in Kosovo in 2011. They debuted at Topfest in 2013 with the song “A bon” and won the prize for best group. This band was founded in 2010. They are the only band in Kosovo that plays authentic Balkan Romani music while incorporating elements of styles including jazz, reggae and funk. The charismatic and energetic performances of the band’s members, who are deeply invested in diversity, human rights and peace, have been gaining popularity. 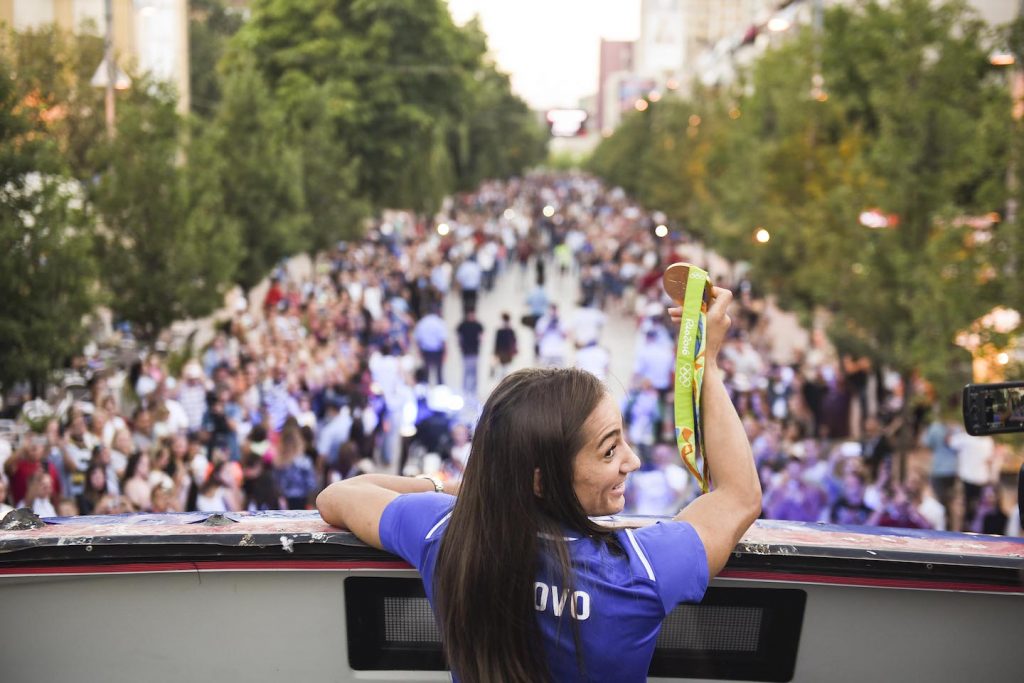