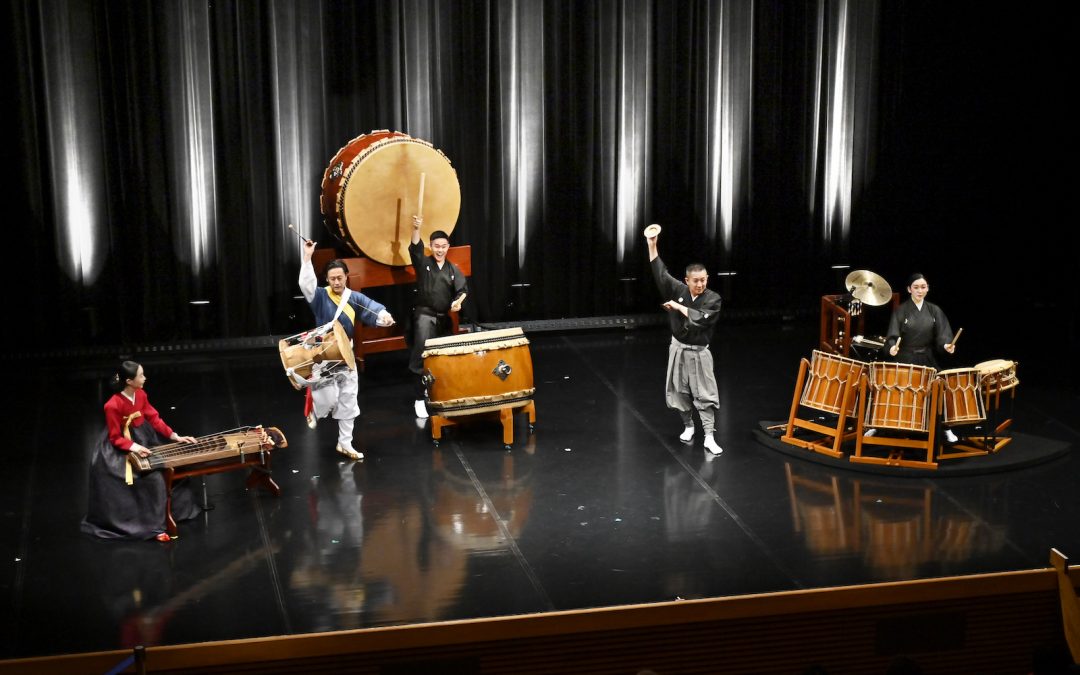 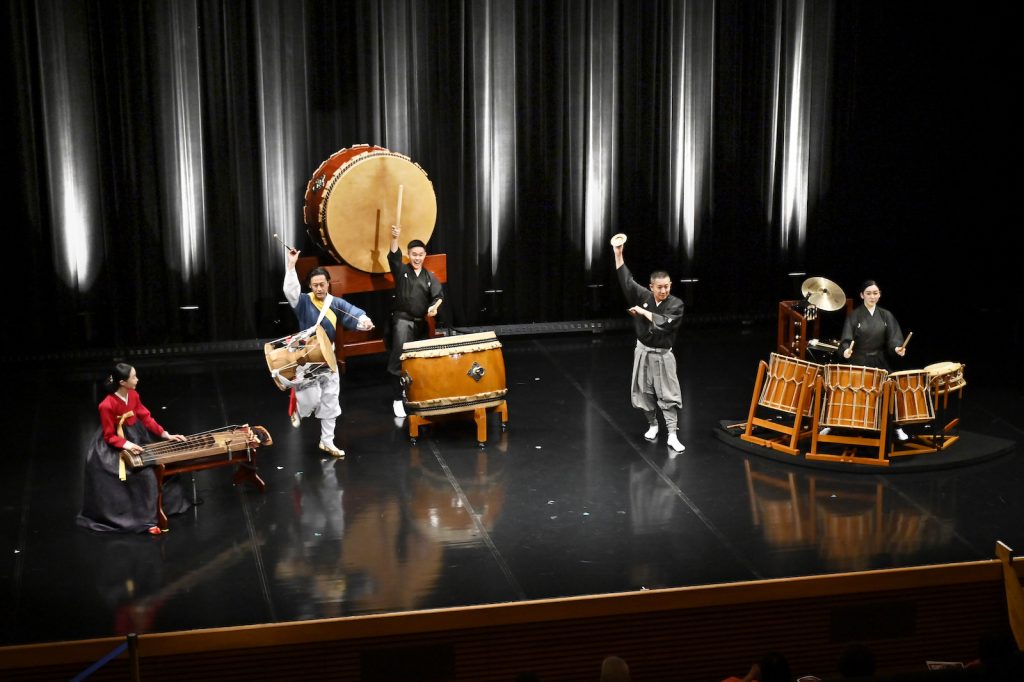 On April 15 and April 16, a traditional music event featuring young Korean and Japanese musicians was held at the Hanmadang Hall of the Korean Culture Center (KCC) in Shinjuku, Tokyo. The event was organized by the Min-On Concert Association and cosponsored by the Korean Cultural Center in Japan.

Two concerts were held on April 16. The noon program catered to families and drew some 100 people, while the evening program was attended by another 120 people, including KCC in Japan Director Kong Hyung Sik. 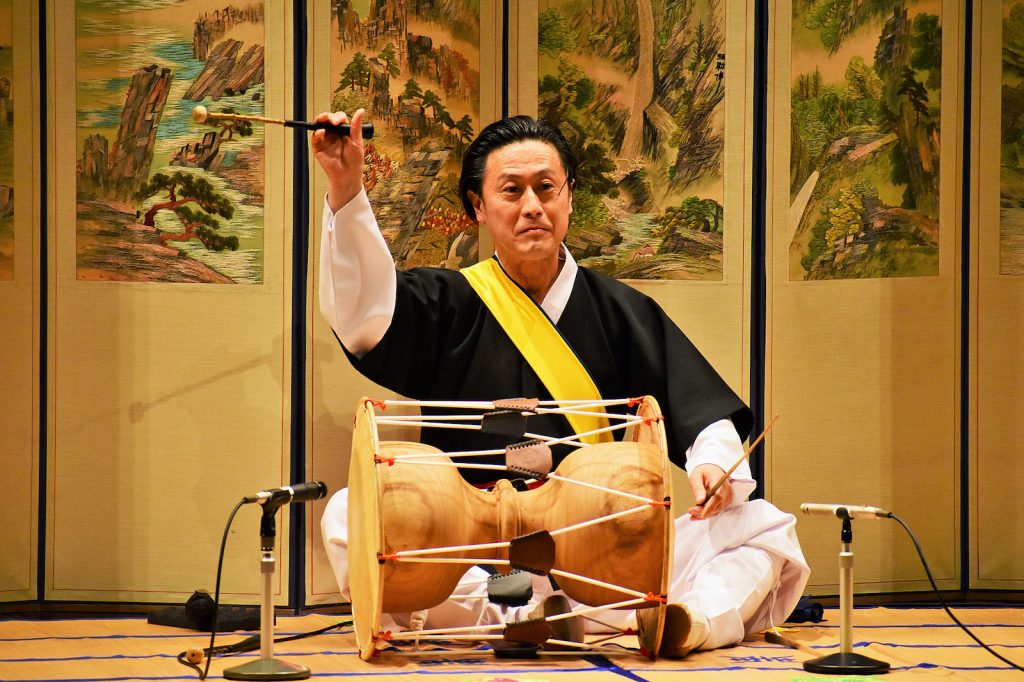 The concerts were divided into two parts, with the first starring Changseop Lee on the traditional Korean changgo drum and Sunyoung Bark on the geomungo, a traditional Korean plucked stringed instrument, playing masterfully together. Following that, Mr. Lee introduced various Korean scores and instruments as he performed a solo rendition of a song long loved and played at village festivals. 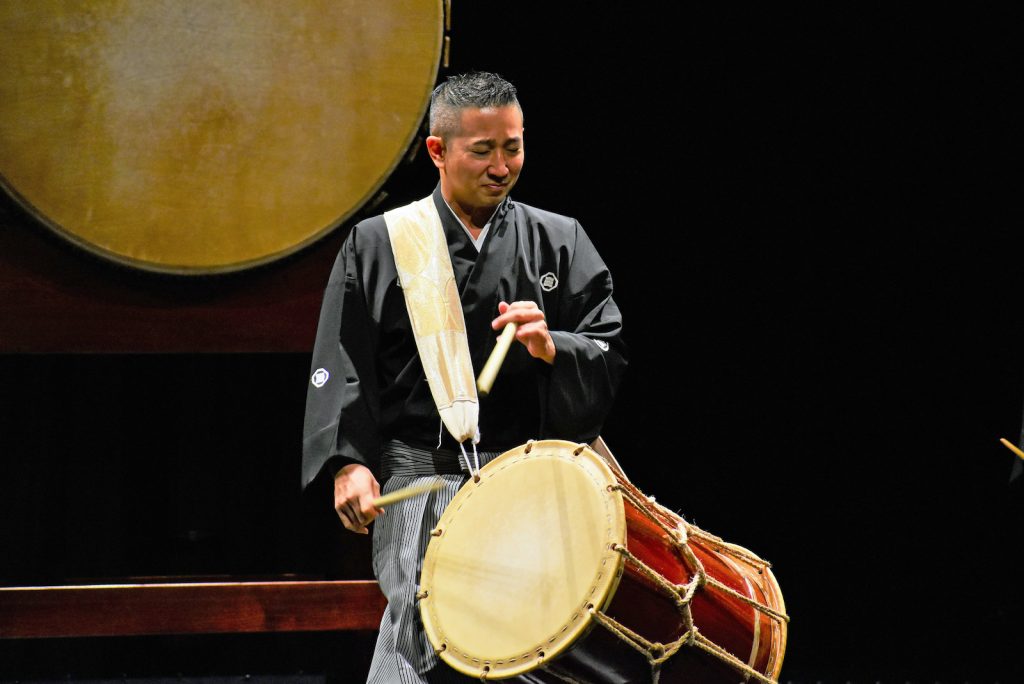 In the second part, Shogo Yoshii displayed his skills as a Japanese taiko drummer, flutist and four-string fiddler with a rendition of “Kiyari-uta,” a song traditionally sung by loggers on the island of Miyakejima. Mr. Yoshii then spoke on the musical bonds shared by Japan and Korea while featuring a number of percussion instruments, playing three festive scores with two other drummers, Kenshiroh Sano and Moe Kenmoku. 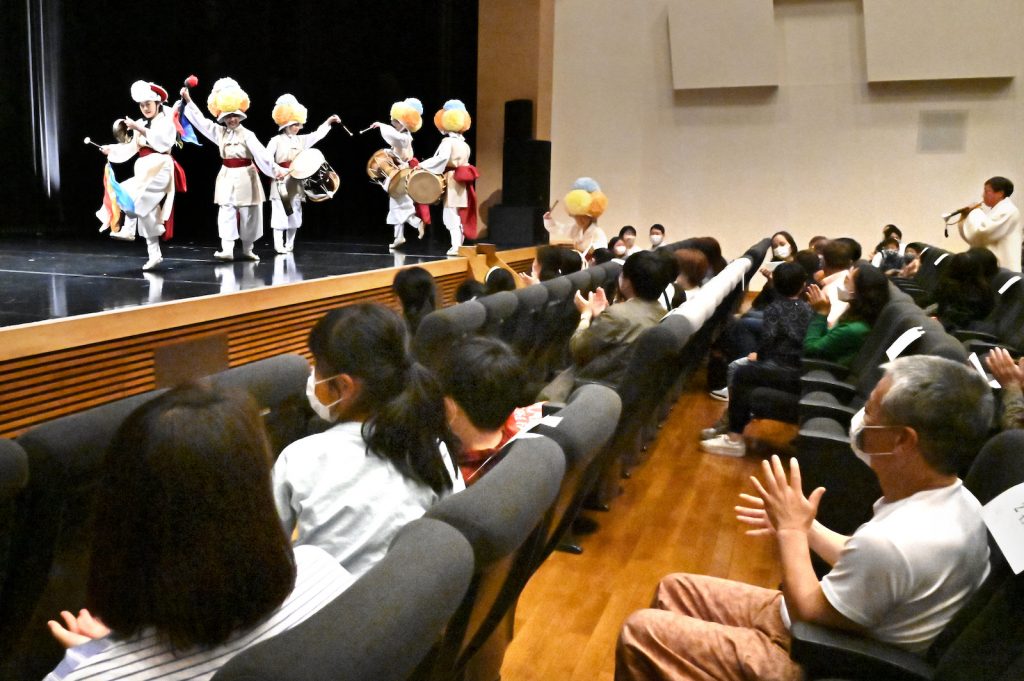 Next, an all-women Korean percussion group based in Japan, Tannpi, performed “Pungmul” (“Scenes”)—a piece that incorporated elements of samul nori, a genre of percussive music—dressed in brilliantly colored traditional costumes of their homeland.

For the finale, the percussive musicians from both countries took part in a breathtaking performance of “Unshuu,” or “Cloud Peaks,” an original score they composed together. Please see the link below.