Min-On Music Journey No. 39: The Federal Republic of Germany 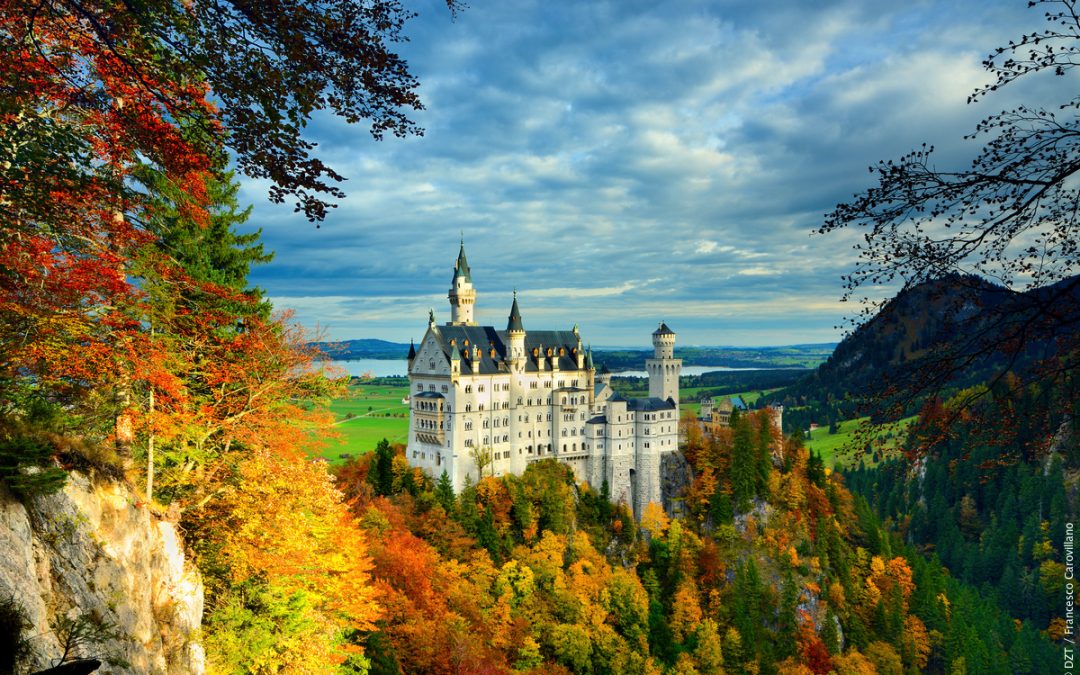 Welcome to Min-On’s Music Journey! This time, we will travel to the Federal Republic of Germany. This year (2021) marks 160 years of Japan-Germany relations, which began with the signing of the “Treaty of Amity and Commerce” in 1861.

Germany is a federation made up of 16 states, each with an individual constitution, parliament and government, alongside unique culture stemming from their economic, industrial and commercial strengths. Germany is home to 46 World Heritage Sites, 4,200 history museums, 500 art museums, 130 professional orchestras and 300 state and local theaters, evidence of Germany’s storied history in procurement of the fine arts.

Berlin became the capital of Germany after the upheaval of the 20th century, and the metropolis remains at the center of the country’s politics, economy and culture. Berlin is home to a number of educational and research institutions, and a diverse culture that continues to drive progress, alongside many historic buildings and museums. Many visitors come to see Brandenburg Gate, a symbol of unity between East and West Germany, and the East Side Gallery with its murals representing freedom and peace. 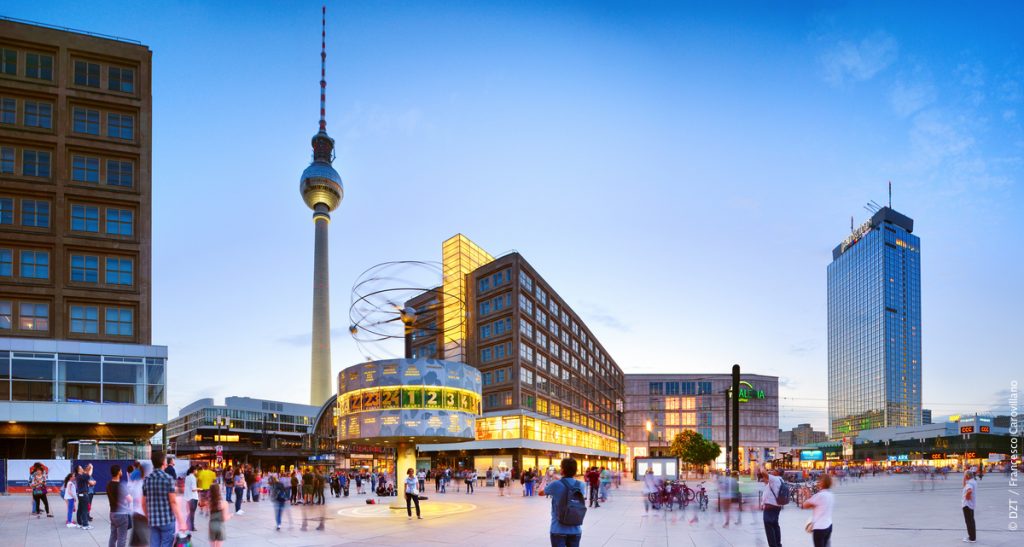 The world-renowned Berlin Philharmonic Orchestra was founded in Berlin in 1882. In 1884, not long afterwards, Johannes Brahms conducted a performance of his famous Symphony No. 3 with the orchestra. Dvorak also took the stage to conduct the orchestra that same year, followed by Richard Strauss in 1888. Other world-renowned conductors like Wilhelm Furtwängler and Herbert von Karajan have also led the orchestra, as well as guest conductors from Japan, including Seiji Ozawa and Yutaka Sado.

We hope you’ll enjoy this piece from the 2018 concert of the Berlin Philharmonic Orchestra’s Varian Fry Quartett hosted by Min-On Concert Association.

Hamburg, Germany’s second largest city, houses its largest port and serves as a trade hub connecting the world. People praise Alster Lake as the pearl of Hamburg, and canals and waterways extend out from the lake across this resort city. Romantic ferry rides where sightseers can enjoy fresh seafood and views of the city’s lush greenery and magnificent architecture are quite popular. The historic Hamburg Ballet company, which has performed on the stage of the Hamburg State Opera since the beginning of the 17th century, has drawn global attention to Germany for hundreds of years. Since becoming artistic director of the company in 1973, John Neumeier has become a vanguard of modern ballet with his long string of creative new productions. Min-On was the first to host this ballet company in Japan in 1986. At their six performances in Japan since then, they have performed many full-length productions never before seen in Japan. The Hamburg Ballet company always stirs the hearts of their audiences with their novel choreography, intricate composition and incredible technique. 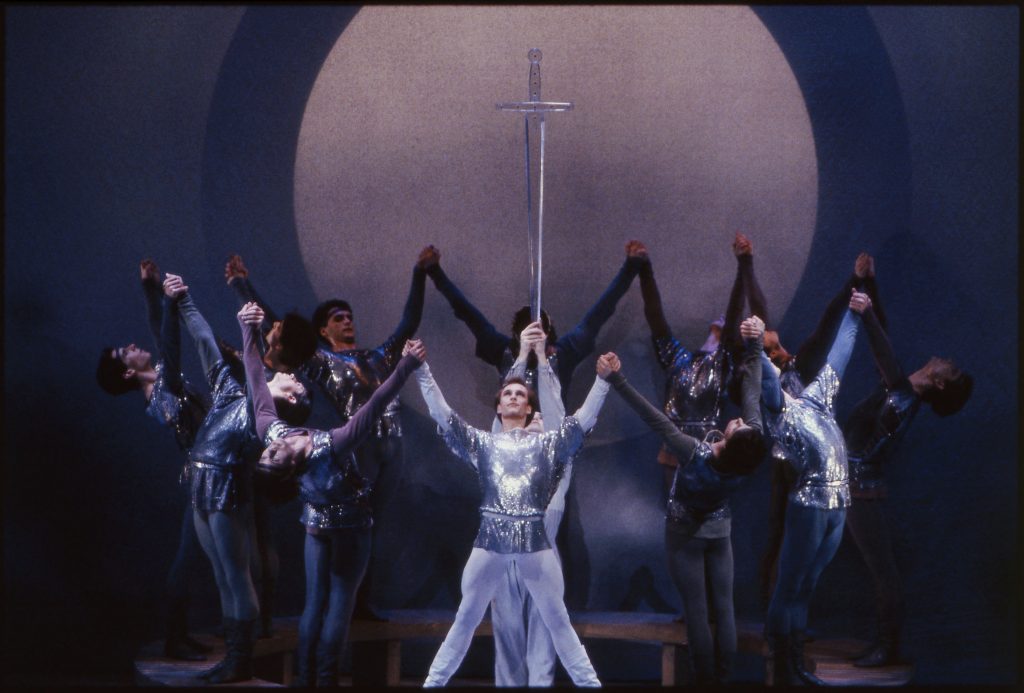 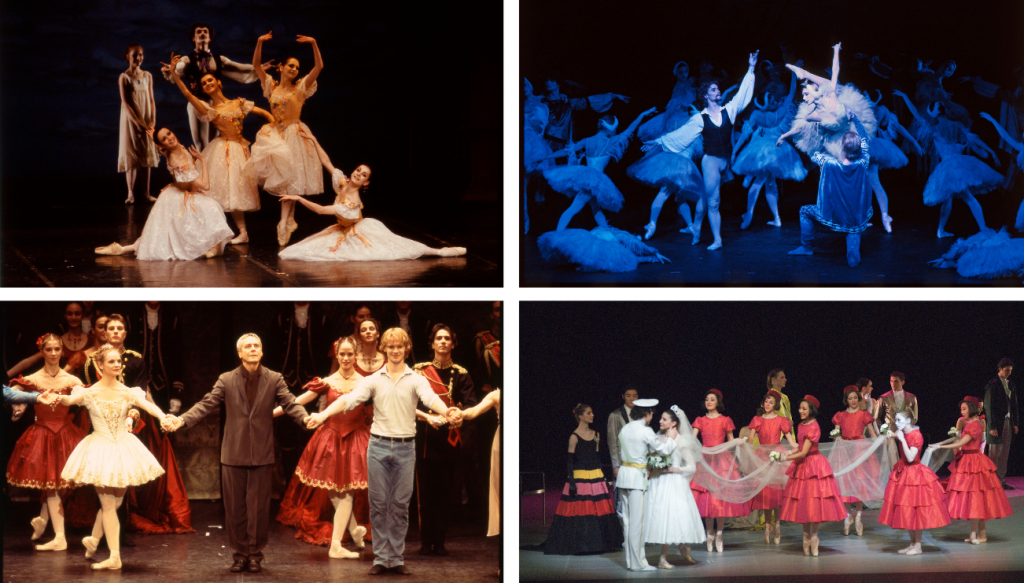 Insurance company skyscrapers and banks line the streets of Frankfurt, Germany’s center of commerce and finance that is also home to an international airport. Cultural heritage representing the city’s former prosperity can be seen here, including the Old Town Hall (the Römer) and the grand cathedral that held coronation ceremonies for emperors of the Holy Roman Empire. Visitors can also enjoy a tour of locations frequented by the great writer Goethe and savor the local wine, apfelwein (hard apple cider). 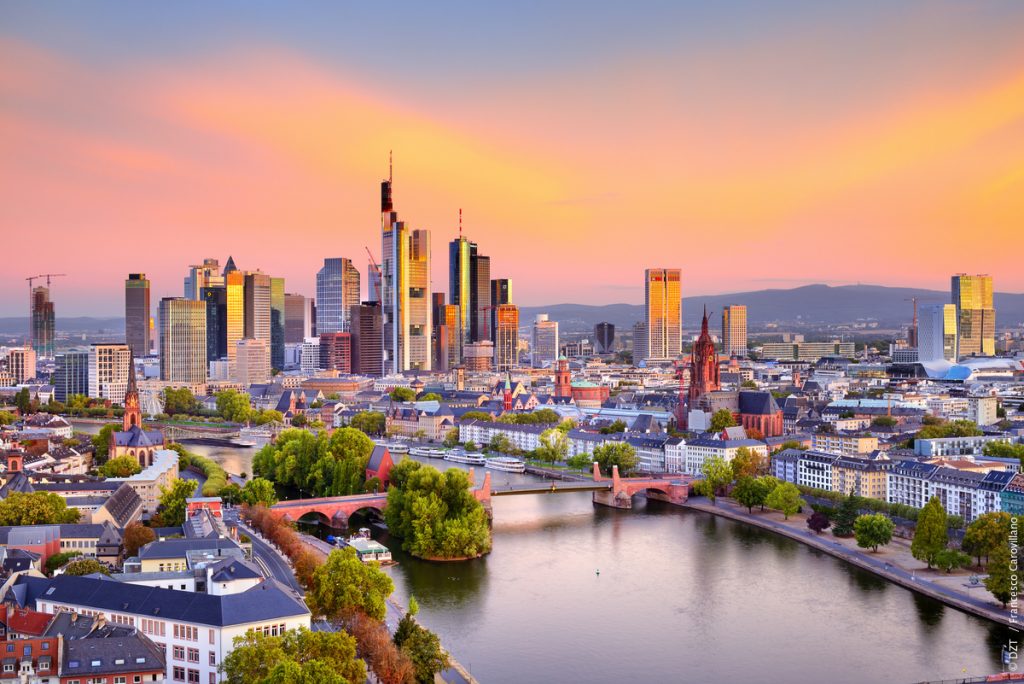 We hope you’ll enjoy listening to a piece from the 2010 Min-On concert of “The 12 Tenors,” composed by Academy Award- and Golden Globe-winning composer Hans Zimmer, a native of Frankfurt.

2. “Now We Are Free” from Gladiator

The Rhine River, nicknamed “Father Rhine,” flows through Western Germany and fosters rich culture unique to the region all around it. Visitors here will find the city of Bonn, the former seat of government in Germany, and city beloved by Beethoven and Schumann. Dusseldorf is also found along the Rhine, an industrial city home to Japanese company foreign headquarters. Lastly, further south on the Rhine lies Cologne, home to a massive cathedral considered the pinnacle of Gothic architecture that took 632 years to construct. 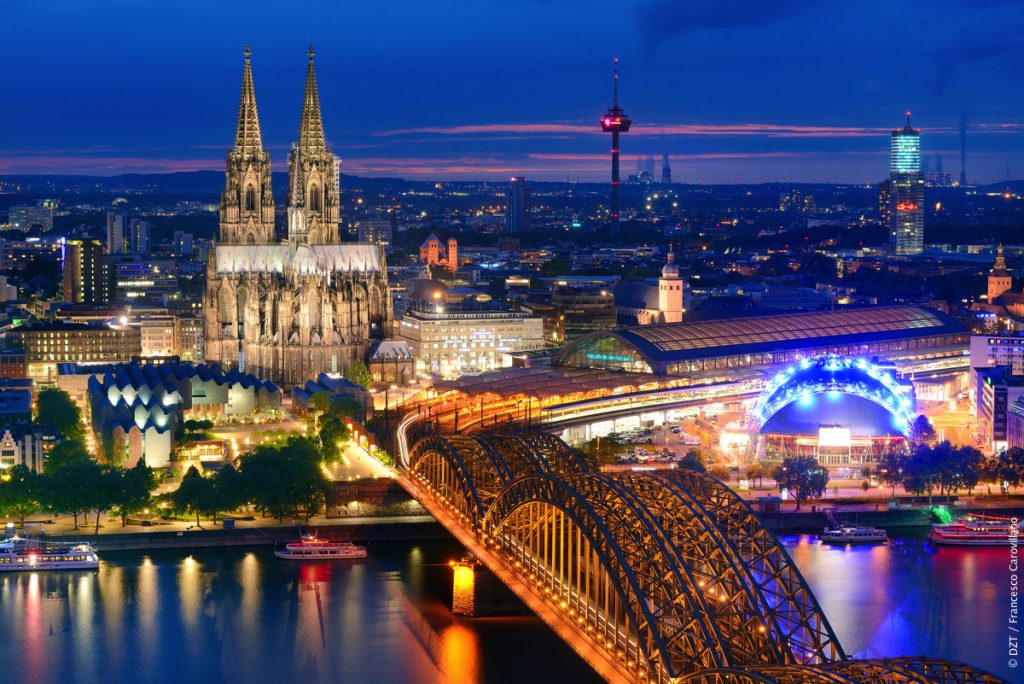 A view of the Cologne Cathedral and Hohenzollern Bridge

The Upper Middle Rhine Valley, which became a World Heritage Site in 2002

Next, we’d like to feature a piece composed by Heinz Rudolf Kunze, a native of Western Germany’s North Rhine-Westphalia region who has been active as a singer-songwriter for over 40 years.

The historic city of Dresden prospered as the capital of the former Kingdom of Saxony. This city of fine art and culture was so beautiful that Goethe praised it as “The Florence of the Elbe.” Although Dresden was heavily damaged by an aerial assault during WWII, the Semperoper (Saxon State Opera), Zwinger Palace and other stunning examples of Baroque architecture were rebuilt over the following decades.

Leipzig has flourished in business and finance since the Middle Ages, but it’s also a city of the arts, where Bach, Mendelssohn, Schumann and other famous composers composed and conducted. The city is also a popular spot for visitors to trace the footsteps of famous artists, including the Bach Museum that includes Bach’s organ on display, and Riquet, believed to be Goethe’s favorite cafe. 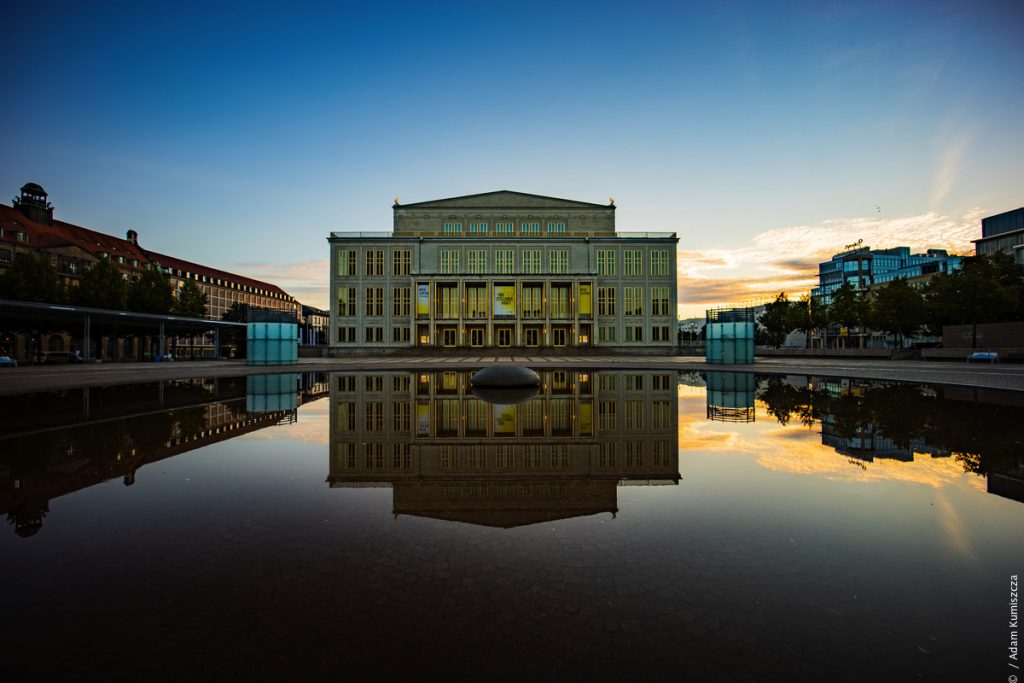 Gounod’s “Cinq-Mars” performed at the Leipzig Opera House (left) and a statue of Bach in front of the Thomas Church, where he served as the music director (right)

Munich is Germany’s third largest city, and its economy and commerce have flourished as a transportation hub for many years. Many industry giants like BMW and Siemens have headquarters in the city. 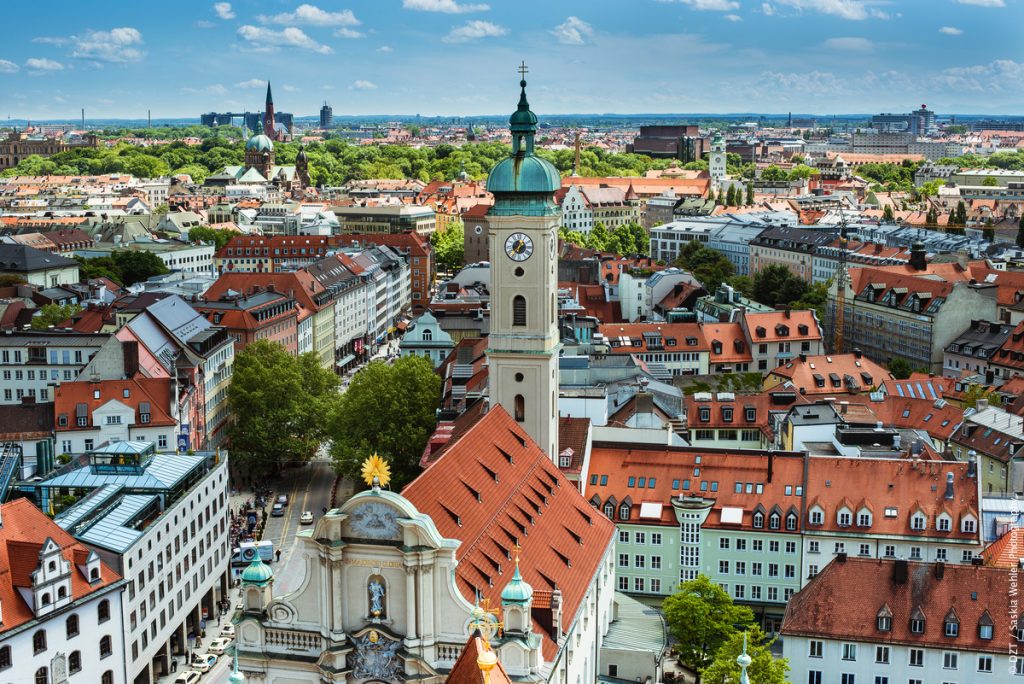 Munich also has a long history in opera. Germany’s famous Munich Opera (Bavarian State Opera) hosted the premier of Wagner’s Tristan and Isolde and The Master-Singers of Nuremberg. In 1974, they performed a fully re-enacted live Munich Opera concert (including their orchestra, choir, ballet company and entire stage set) at Min-On Concert Association in Japan. That concert included masterpieces like Mozart’s The Marriage of Figaro and Wagner’s The Valkyrie, alongside the first performance of conductor Carlos Kleiber’s The Knight of the Rose (by Richard Strauss) in Japan, which attracted a lot of attention.

Munich’s Oktoberfest is a beer festival with over 200 years of history and remains one the city’s most popular festivals, drawing over six million visitors every year. Stuttgart in Southwestern Germany hosts one of the largest Christmas markets in the country, where innumerable shoppers can be seen gather at the over 280 market stands. Stuttgart is also the home of the SWR Radio-Sinfonieorchester Stuttgart (Stuttgart Radio Symphony Orchestra) and Sir Roger Norrington, its world-renowned conductor who served from 1998 to 2011. We have invited the “Berliner Philharmoniker Piano Quintet Bloom Quintet” to perform in Japan in November and December of this year (2021). The quintet consists of two female principal players, Marlene Ito, who was appointed 1st Principal of the 2nd Violins in 2020, and Naoko Shimizu, who won first prize at the Munich International Music Competition and is currently principal viola. These world-class musicians are sure to provide a fitting tribute to the 160th anniversary of Japan-Germany relations. 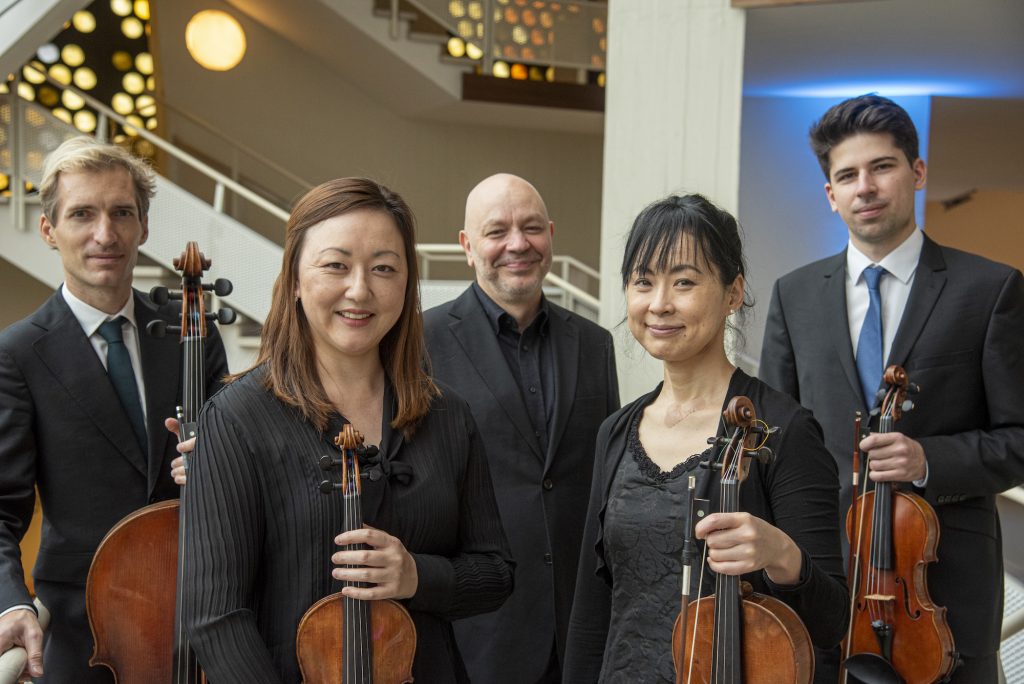 What did you think of your music journey to Germany?
There are still many more places to go! Please look forward to our next destination.

(Produced in collaboration with Embassy of the Federal Republic of Germany in Japan. Photos provided by the German National Tourist Office.)